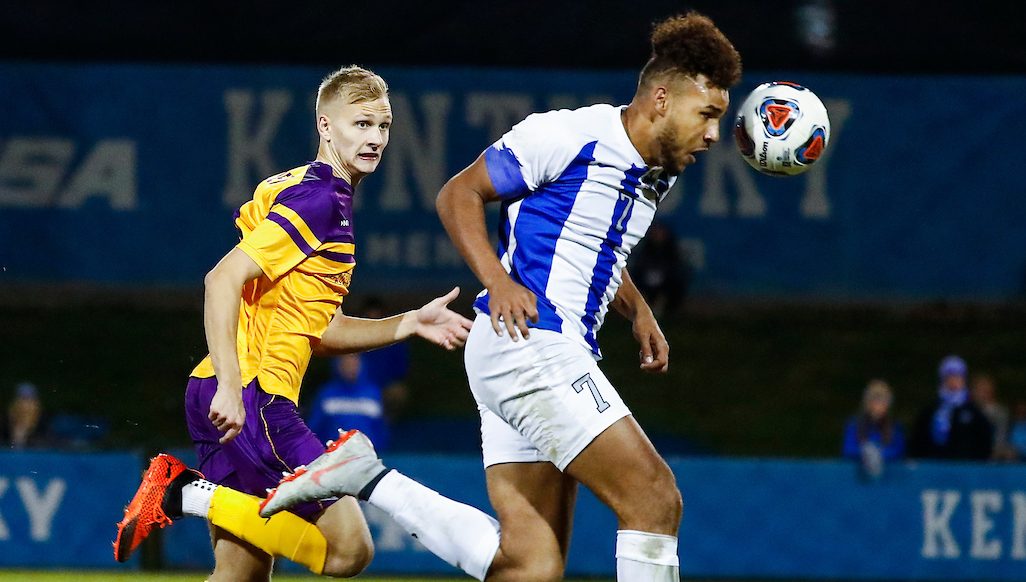 JJ Williams likes being “the guy.”

Coming from a place not immediately known as a soccer hotbed, or soccer-anything in this country, Williams took a chance, ran and, literally, scored with it.

“I think a lot of it is that we get a chance,” Williams told SBI about being a soccer player from Montgomery, Alabama. “I think the talent’s there, it’s been there. But I think, especially as players come out, the eyes go there. They’re going to look, they’re going to see where these players actually come from.”

Despite the challenges of competing against the likes of a place obsessed with high school and college football, Williams found a way to make a name for himself by being “the guy.” He scored often and won often and did both so often that it was hard for the Alabama sports media to ignore.

“It’s definitely tough,” Williams told SBI about succeeding in soccer in a state dominated by football, “because you go and you’re competing, you’re working just as hard and you’re doing big things just as well and you might not get the credit for it.

“It’s kind of like you’re in the shadow of it.”

Williams was the 2015-16 Gatorade State Boys Soccer Player of the Year where he led his team to a 21-0 record scoring a state record 65 goals while tallying 20 assists. Although his school, Alabama Christian Academy, fell in the state semifinals, he scored eight goals in ACA’s first two playoff games.

“I did a lot of things that hadn’t been done there before and put Montgomery on the map as far as high school soccer and what I did there,” he added. “It started hitting me that soccer is bigger whenever I was on the front page and not the third or fourth page behind football and basketball.”

The 6-foot-4, 200-pound forward made an even bigger name for himself at the University of Kentucky. He became one of college soccer’s most dangerous strikers last season scoring 18 goals (ranked third in the nation and a new school record), with nine of those as game-winners (second most in Division I).

If the numbers aren’t enough, he just about earned every college soccer award and accolade he could’ve earned. He was a finalist for the MAC Hermann trophy – the best college soccer player – and was named the Conference-USA Player of the Year, C-USA Offensive MVP, C-USA Tournament MVP, and a First-Team All-American.

His development at Kentucky wasn’t just focused on the pitch. Williams wasn’t a captain or a leader until his junior season last year, a position that even he knew he wasn’t immediately ready for coming out of Montgomery.

“I feel like it’s helped me mature largely,” Williams said about his time at Kentucky. “My situation, what I experienced and what I was going through my first two years to which led me to break out my last year and be able to develop not only maturity-wise but also as a player, as a person.

“Every other team before I’ve been a leader, been a captain, been somebody who’s had that responsibility. When I finally got that last year, you’re able to see it – a dramatic difference in my play. But I wasn’t ready for the position before that.”

Again, Williams likes being “the guy.”

He tries to model himself, as a player, to a mix of Thierry Henry and Didier Drogba – “the guys” during their time in their own rights. He definitely has the physical tools but also has the confidence needed to be a top-level forward in the pro game.

Right now, “the guy” is currently projected to go third overall to Orlando City according to the SBI 2019 MLS Mock Draft.