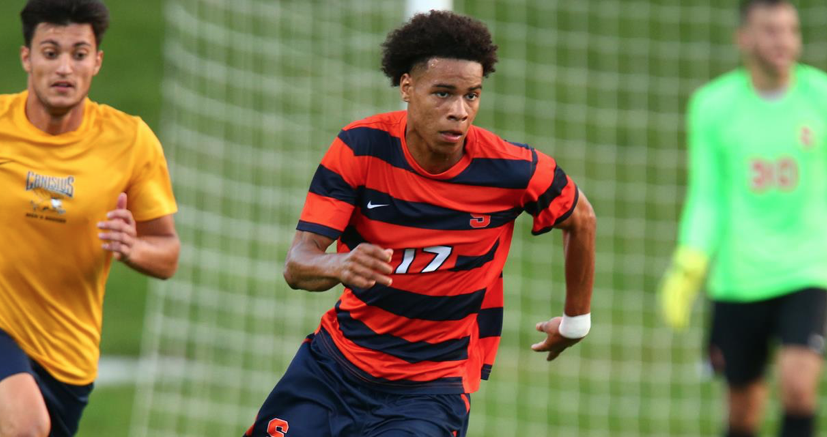 The 2019 MLS Draft is a week away, and while plenty will change in terms of player ratings in the next week after the MLS Combine, teams have a good idea of where players stand after having spent time evaluating the top college prospects over the past year.

The draft is stocked with fullbacks and centerbacks, which is good news for teams looking for bargains and depth at those positions. There are few pro-ready attacking options available, though there are some intriguing youngsters who could develop in time.

The Generation adidas class has taken shape, with the first seven signings already established and U.S. Under-20 defender Manny Perez and University of Akron striker David Egbo potential additions. There is no clear-cut top prospect in this year’s GA class, and we could see any one of three or four GA signings be chosen first in the MLS Draft.

FC Cincinnati holds the first pick in the draft, but it isn’t out of the realm of possibility that the expansion team trades the pick, though the track record for expansion teams has been to use the first overall pick when drafting for the first time.

Here is a look at how the first round of the 2019 MLS Draft could play out, based on where prospects stand heading into the MLS Combine (look for the next mock draft on Monday):

The expansion side could take a look at Manny Perez, though the addition of Alvas Powell makes right back less of a priority. Cincinnati could deal the top pick, with some teams coveting Perez and Frankie Amaya, but if the first-year team stays put then the dynamic Buchanan is a good option.

If the Earthquakes choose to address their need for forward depth, then Denver’s Andre Shiniyashiki could be a surprise pick here, and a top defender like Callum Montgomery could be tempting. That said, manager Matias Almeyda will like what he sees from Amaya, a U.S. Under-20 central midfielder who was outstanding against Mexico in the Concacaf Championship final. Manny Perez would be good value as well, but with Nick Lima on the team, the Earthquakes grab Amaya.

The Lions had an atrocious defense in 2018, and while Perez isn’t necessarily ready to start right away, he has the potential to lock down the right back position for years. That’s assuming Perez is even available. He has yet to sign a Generation adidas deal and is entertaining offers from Europe.

A youth movement is set to hit FC Dallas under new manager Luchi Gonzalez, and one position where FCD can use some young legs is the striker position, where Williams has the size and nose for goal to develop into a starter.

The Fire have serious need for fullbacks, and Ward is the most pro-ready fullback in the draft. He’s also versatile, capable of playing on the left and his natural right back role.

TFC addressed its defensive issues with the signing of Laurent Ciman, and with a Generation adidas signing serving to provide some cap relief, Toronto grabs the most talented option available in Haji, a skilled midfielder capable of playing on the wing or centrally.

Adrian Heath is known to love his forwards, so you wonder if he’ll be tempted to grab someone like David Egbo, but defensive depth is clearly more of a priority and Montgomery will be tough to pass up.

The Dynamo could use some depth at forward and Shiniyashiki is one of the most highly sought after goal-scorers in this draft. We could see a team trade up to grab him much earlier, but if the University of Denver forward slips this far, the Dynamo should snap him up, though the Brazilian’s international status could leave some teams wary of selecting him.

The Revs made the striker position a priority this offseason, and the addition of Juan Caicedo is evidence of that, but having a chance to add a long-term striker prospect in Egbo will be tough to pass up. Of course, Egbo must still sign a Generation adidas deal, which he has yet to be formally offered despite being one of the best prospects in the college game.

With a standout young right back in Reggie Cannon on the right side, adding a promising left back prospect in Nelson could eventually set up FC Dallas with two promising American fullbacks for years to come.

If John Nelson slips, he wouldn’t likely go past this pick, even with New England’s signing of Edgar Castillo to address the left back spot, but with Nelson off the board Brad Friedel goes for a talented central midfielder in McCabe, who has the soccer brain to thrive in the pro game.

There is a good chance we could see a team trade into the top 10 to grab St. Clair earlier than this, but don’t look for the Maryland goalkeeper to go further than this. The Galaxy’s immediate needs aren’t going to be addressed in this draft, but St. Clair has the kind of long-term potential the Galaxy would be wise to pounce on.

After unloading Keegan Rosenberry, the Union can restock their right back position with Gdula, a player some scouts believe is the most pro-ready fullback in this draft.

After losing Darren Mattocks to the expansion draft, D.C. United can use some forward depth and Patino is the kind of talented forward who could easily go much higher in the draft. Orlando City tried claiming Patino as a homegrown player and could be tempted to take him earlier, even with with signing of Benji Michel, but of Patino slips this far D.C. United will be happy to grab him.

The Rapids have had a busy offseason, making some impressive additions in Kei Kamara, Diego Rubio and Keegan Rosenberry. Now the need for some youth is clear, and a young winger prospect like Dorsey, a Colorado native, fits the bill. He impressed with the U.S. Under-20s, and while he is still very much a raw prospect, the Rapids will not mind having a youngster who doesn’t count against the salary cap as a Generation adidas player. Don’t be surprised if the Rapids are a team that trades up into the top five, which Andre Shiniyashiki a likely target.

Bob Bradley loves footballers and there may be no more skilled player available in this draft than Rivas, who is rapidly going from ‘Best kept secret’ to rising prospect. A strong combine could propel Rivas into the top 10, and LAFC could very well be in the market for a trade up, whether to take Rivas or potentially go after a player like Frankie Amaya.

RSL could be tempted to take a poised defensive midfielder like Brad Dunwell, but with Nick Besler emerging as a solid option in the middle, look for RSL to grab a speedster in Jones, who is one of the fastest players in the draft and could be a difference-maker on the wing.

Though the Crew are sure to change stylistically when Caleb Porter steps in to replace Gregg Berhalter, Dunwell should still be a player who suits Porter’s style well. The Wake Forest midfielder could benefit tremendously from learning from Porter and Wil Trapp.

The bad news is NYCFC isn’t finding David Villa’s replacement with this pick, but the good news is there are some very good center back prospects who could help NYCFC add some needed depth at the position. Hauser-Ramsey was a Sounders academy product, and NYCFC will be happy to add his combination of size (6-foot-3) and athleticism.

The Sounders could use some depth in defensive midfield, and central defense, and Verstraaten is a talented central defender who would likely be a top 10 pick if not for his international status. The Dutch defender should have no trouble adapting to the pro game, and has the talent to develop into a starter for a team with some aging centerbacks.

Sporting KC needs forwards, and that was the case even before Khiry Shelton and Diego Rubio departed. Sporting KC seems a sure bet to add some forward firepower on the international market, but grabbing a target striker like Sierakowski would give SKC a player to develop at the position.

The departures of Aurelien Collin and Hassan Ndam make central defense a position where the Red Bulls can use some depth, and Figbe is the kind of physical force at center back who could fit in well as a back-up to Tim Parker.

Zarek Valentin made the right back position his own for Portland, enough so that the Timbers traded Alvas Powell, but now they have a chance to draft and groom a viable back-up and Mohammed could be that player. A long-time midfielder who moved to right back during the most recent college season, Mohammed impressed scouts with the qualities he showed at right back, though not everyone is convinced he can make that transition on the pro level.

If there’s a team that can appreciate the value of a versatile ginger-haired central midfielder-centerback, it’s Atlanta United. No, Riley isn’t necessarily the second coming of Jeff Larentowicz, but he is the kind of skilled player who could fit in well with the champions.