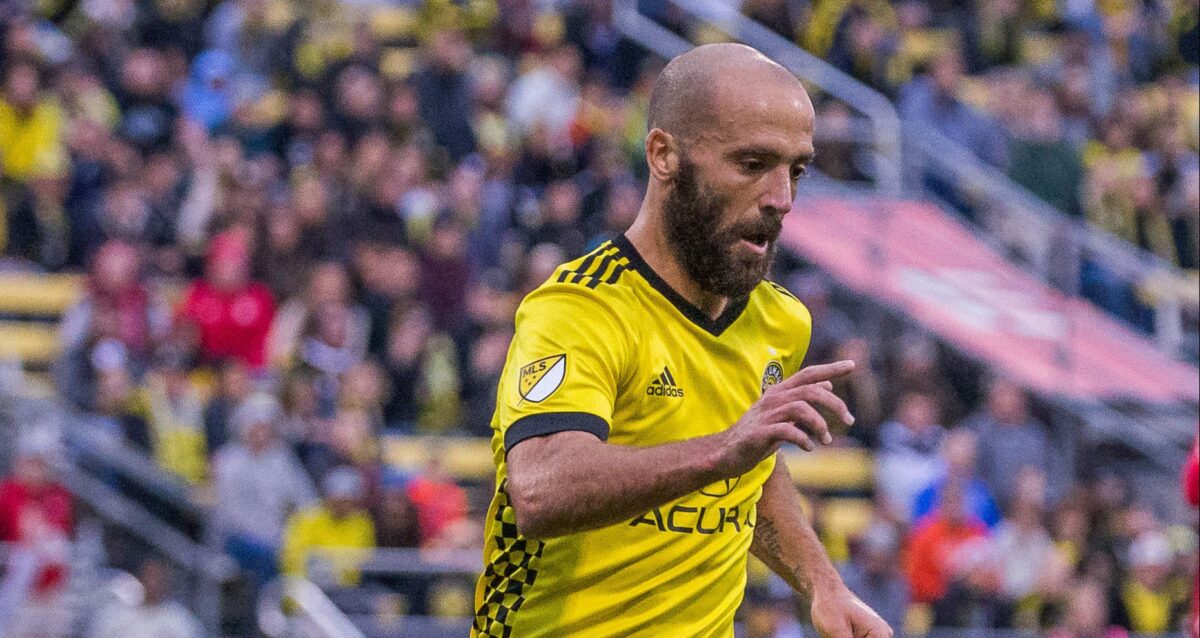 The Columbus Crew are set for fewer obstacles in 2019 after a successful campaign from the soccer community kept the club in the city of Columbus.

The fans that worked so hard to keep their team in their city are in part responsible for yet another playoff appearance. The Crew topped D.C. United in the Knockout Round before falling to the New York Red Bulls in the Eastern Conference Semifinals.

The club had little turnover in terms of their roster this past offseason meaning most of the players are extremely familiar with each other. Despite that, there will be plenty of changes on the field thanks to Gregg Berhalter’s exit from the club in favor of the U.S. Men’s National Team Head Coach position.

Caleb Porter has taken over in Columbus, a man fans know very well due to their meeting in the 2015 MLS Cup Final where Porter’s Portland Timbers defeated the Crew.

Columbus fans are hoping Porter can find more glory in an MLS Cup Final, though this time he’ll be wearing the right colors and representing a fanbase who deserve a trophy after off-the-field efforts.

Porter’s last season in Portland was relatively successful, which matches the ambition of Columbus who have found more than moderate success in the last half-decade.

Caleb Porter, the Crew, and their fans are all hoping this is a perfect match because strong seasons with no silverware is becoming an unwanted norm in Ohio.

Here is a closer look at the Columbus Crew heading into 2019: 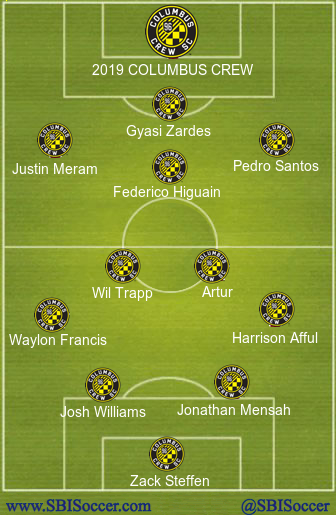 Most of Columbus’ squad stayed intact through the winter offseason. The club lost a handful of players and replaced them with another handful.

One of the players introduced to the squad is a confident forward coming out of the University of Kentucky. JJ Williams had an impressive 2018 NCAA season scoring 18 goals which broke his school’s previous record.

Williams has good size, coming in at 6-foot-4 and a clear knack for finding the back of the net. Williams can learn from a guy like Gyasi Zardes who is also coming off a career year scoring 19 goals of his own in 2018. JJ has the ability to find time for the Crew, and he certainly has the confidence to match it.

JJ Williams could have a fun season ahead of him and Columbus fans could expect some creativity and excitement from the SuperDraft pick if things go according to plan.

Porter is replacing the recently appointed U.S. Men’s National Team Head Coach Gregg Berhalter. The new USMNT boss created a culture at the club, and fans have earned the rights to certain expectations.

The Crew has reached the Eastern Conference semifinals in four of their last five seasons including a trip to the MLS Cup Final in 2015 where they fell to Caleb Porter’s Portland Timbers.

With the previously mentioned little turnover on the roster sheet from the 2018 season, people are aware of the heights the current squad can reach. With a capable squad comes the expectation to have a similar season to the one prior at the very least.

Caleb Porter will be expected to reach the playoffs, and will then have the responsibility of maneuvering any obstacles that may come his way in October and beyond.

The theme that should be picked up on is the lack of movement on Columbus’ roster sheet. The team is familiar with each other, but have not won anything yet.

Will the fact that little movement was made make people worry since the team came up short in 2018, or will it grow the player’s confidence knowing the familiarity the players have already exists.

This is something the team needs to figure it out before it’s too late. Caleb Porter is going to implement things that differ from what Berhalter has built and the players have to be able to adapt and use each other during the period of adaptation.

The team has an exciting attack which features a front four of players that can all score in Gyasi Zardes, Federico Higuain, Pedro Santos, and Justin Meram. Wil Trapp and Artur will be able to provide the cover they have in the past, and the defense is in front of the best goalkeeper in MLS for the front half of the season.

The team lost Milton Valenzuela to an injury for the season but received a more than capable player in Waylon Francis. Players like JJ Williams and Robinho Barbosa will fill the void left by a departing duo in Mike Grella and Cristian Martinez.

A roster built not that all dissimilar to the one Caleb Porter built in Portland is now at his disposal. If the fans and players buy into Caleb Porter like they did Gregg Berhalter than the season could be an exciting one.