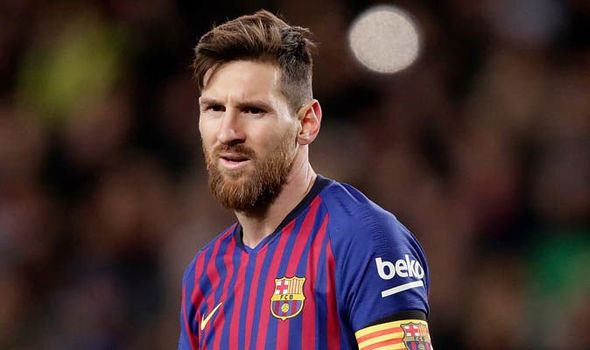 Lionel Messi looked to have been in doubt for Barcelona’s El Clasico semifinal clash with Real Madrid in the Copa Del Rey but the Argentinian star has been included in Ernesto Valverde’s squad.

After suffering a thigh injury last weekend against Valencia, Messi was one of the 19 players named for the semifinal tie which kicks off on Wednesday at the Camp Nou. (REPORT)

Manchester United has opened talks with Marcus Rashford for a new and improved contract. (REPORT)

Eden Hazard has stated he knows his future plans, with Real Madrid in the mix for his services. (REPORT)

Wayne Rooney feels Mauricio Pochettino is the right man for the Manchester United job should Ole Gunnar Solskjaer not be appointed. (REPORT)

Chelsea are angered by Thibaut Courtois’ claim that that director Martina Granovskaia went back on a promise to allow him to leave the club. (REPORT)

Andre Schurrle has denied reports that he would leave Fulham if the London club was relegated this season. (REPORT)

The English FA has sought out written observations from Liverpool boss Jurgen Klopp after refereeing comments on Monday night. (REPORT)

After suffering a serious knee injury last season, Alex Oxlade-Chamberlain has been included in Liverpool’s Champions League squad for the Round of 16. (REPORT)

Inter Milan could be facing retrospective action after fans racially abused a Bologna player during a recent 1-0 defeat. (REPORT)

Which USMNT player impressed the most during January camp? (READ)

NYCFC signed a Romanian playmaker to a Designated Player contract while Real Salt Lake followed with a signing of their own. (READ)