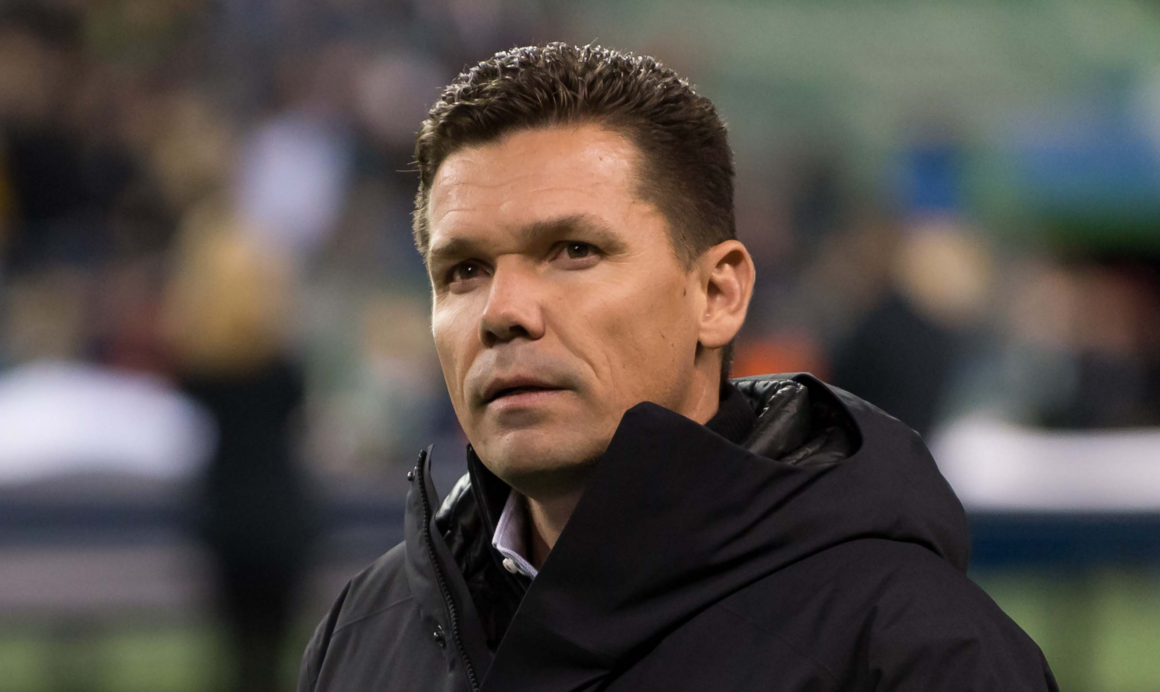 MLS life hit FC Cincinnati quickly last week, falling 4-1 to Seattle Sounders FC in its debut. In a week with so many emotional ups and downs, team captain Kendall Waston appeared to have his hands full with keeping the defensive unit organized.

“Its part of the learning we have to take, little details are where we conceded the goals,” Waston told SBI.  “Now we’ve seen video of the game and we practice on those aspects and try to avoid those goals.”

Looking ahead to Week 2, life does not get any easier on The Orange and Blue as it prepares to take on Atlanta United at Mercedes-Benz Stadium on Saturday. Prior to the match, Atlanta United will be honoring the 2018 championship campaign with a banner hanging ceremony, adding fuel to an already impressive energy amongst the supporters.

Atlanta is coming off a 2-0 loss to DC United, and is the only team that failed to score in Week 1.

Goalkeeper Przemyslaw Tyton’s polarizing debut saw four goals allowed, and five saves which tied Colorado’s Tim Howard for the most recorded in week one. While the four goals aren’t the start FC Cincinnati were looking for, there is no reason to believe Tyton is under any pressure quite yet.

“We are definitely focusing on the positives. No goalkeeper ever likes to concede four goals. We’ve analyzed the goals and we aren’t necessarily pinpointing the goals on him, I think there were some good finishes,” Goalkeeper coach Jack Stern said. “So we’re moving straight away to Atlanta, a similar task in playing again one of the best attacking teams in the league.”

Keeping Atlanta off the scoreboard for a second consecutive week is difficult to imagine, Josef Martinez will be looking to get back into his golden boot form against a goalkeeper still finding his MLS footing.

“I think you prepare for anything with Josef Martinez. You know you’re going to get shots every time he gets the ball. Inside, outside the box, he loves to get shots off quickly, can turn quickly and shoot,” Stern said “We are definitely preparing for the shots and reactions, so we’re watching that and will be prepared best as possible.”

Here are some more notes from FC Cincinnati:

Greg Garza was practicing at full speed on Tuesday.

“I’m not sure if they have me ready to play 90 minutes, but just to be on the field with the guys and getting acclimated with the guys felt good” Garza said.

While FC Cincinnati will look to utilize Garza on field as soon as possible, his experience and familiarity with Atlanta United are certainly useful in game planning as well.

“There’s a lot of talent in Atlanta and taking care of the guys that have really done damage the last two years will be the main objective as a team.” Garza said. “I think D.C. showed a bit of that this weekend, so we’re kind of trying to follow in their footsteps and make it difficult for the guys who have that bit of talent.”

Playmaker Kenny Saief is reported to be on the move to Cincinnati.

Saief, 25 would occupy a domestic roster slot and bolster FC Cincinnati’s midfield that is in need of a readymade number 10 option.

Coming from Belgian side Anderlecht, Saief has not been featured in a starting XI for nearly four months, and has not earned a USMNT cap since November 2018.

Rookie forward Rashawn Dally has been loaned to USL expansion side Memphis 901 FC. Dally was selected 49th overall from Quinnipiac in the 2019 MLS Superdraft.