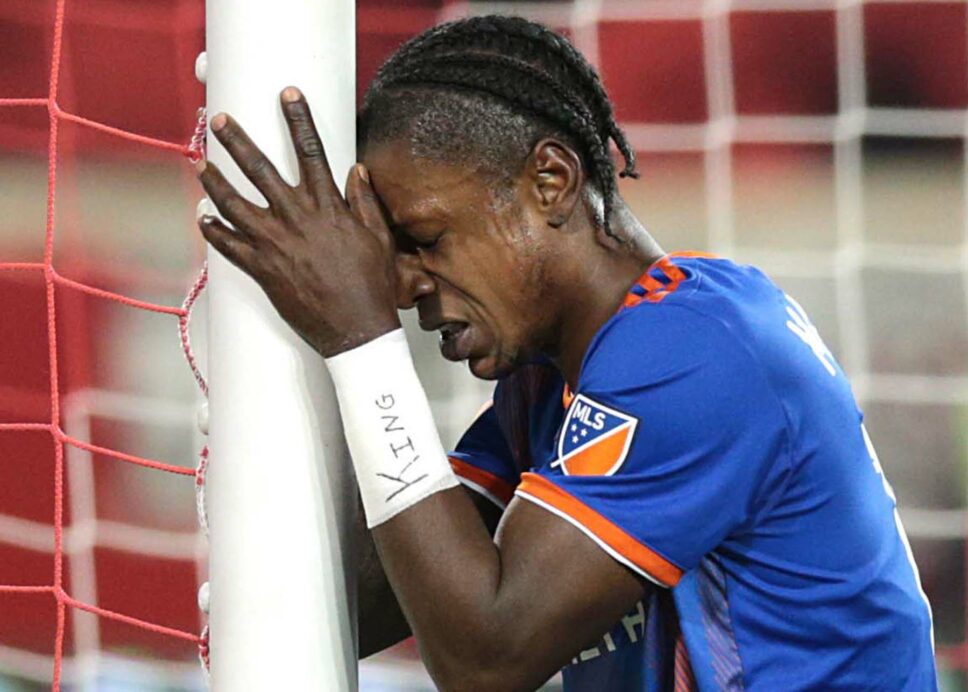 Saturday night’s matchup between the New York Red Bulls and FC Cincinnati saw two teams who have gone winless in weeks come together for an opportunity to turn things around.

While nobody will be counting on FC Cincinnati to light the league on fire as an expansion side, the promise shown in the early weeks has been waining. Just like in recent weeks, FC Cincy was unable to take advantage of its opponent missing key players, this time NYRB’s Kaku was serving a suspension, and star striker Bradley Wright-Phillips was sidelined with a muscle strain.

Connor Lade’s 38th minute goal made the difference and NYRB earned its 100th win at Red Bull Arena, stopping a skid that saw the club go winless in its previous five.

For FC Cincinnati, Saturday’s loss marks five consecutive weeks without a win, and third week in a row without scoring.

Starting the campaign 2-1-1 certainly presented the club with an opportunity to stay afloat in the eastern conference playoff race, but it seems that the league is bringing the new boys down to earth as they quickly find themselves 2-2-5 after Saturday’s defeat.

“Well obviously if you go down a goal, you have to respond. If you don’t respond you put yourself in serious trouble,” FC Cincinnati head coach Alan Koch said.

“The challenge is going down a goal in the first place and that’s something we have to address and work on. The response was positive, but we’ve got to make sure that we set ourselves up for success so we can go and capitalize on the chance that we created because we are creating a lot of chances. When we get those chances, we have to bury them.”

Conceding in the first half has been a regular issue for FC Cincinnati, too, the inability to equalize.

Much of the second half on Saturday saw FCC in the final third creating chances. There were a handful of shots off the crossbar and even two opportunities with a completely open net. Playing from behind is one obstacle, but being unlucky has also plagued the team.

“Seeing how many times the ball hit the crossbar and those things, so you feel like, ‘Ugh!’” FC Cincy captain Kendall Waston said.

“We just need that little bit of luck. But I just believe in this team and these difficulties in this moment. When you have difficulties, it makes you stronger. The team gets more united. So, I think this is good that it is happening now and not later.”

Happening now and not later is the silver lining for the club. FC Cincinnati can look towards Fanendo Adi’s imminent return for a new mind in the final third if nothing else. If the star striker can put together performances of old, FCC can hope to play a more complete came going forward as opposed to the familiar feel of recent weeks.