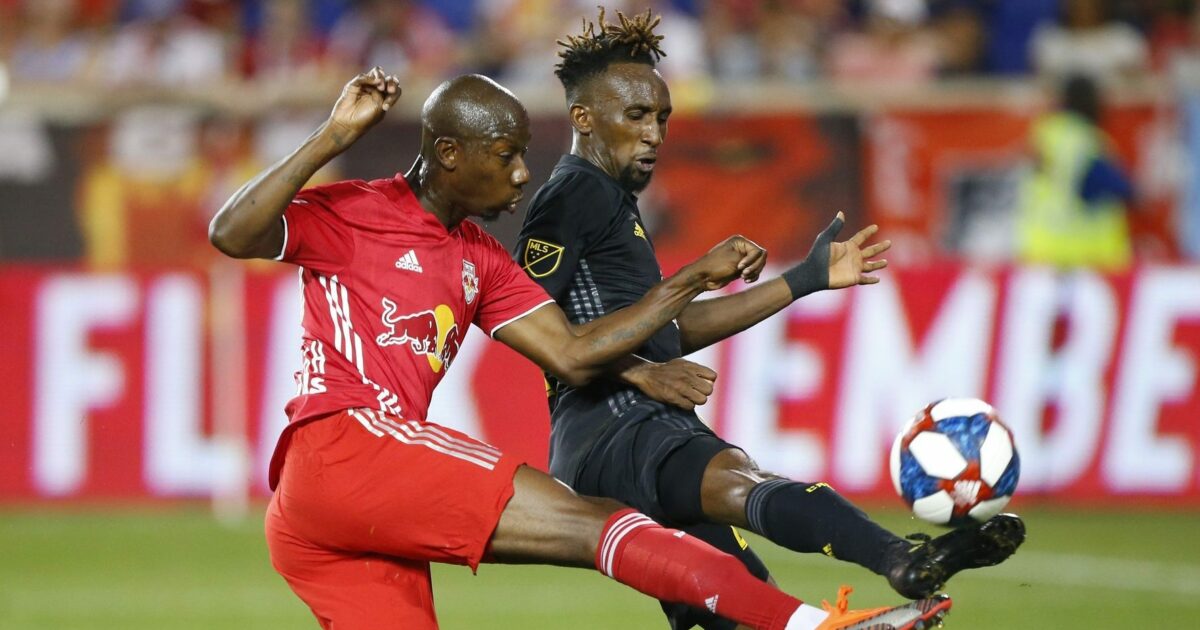 The Columbus Crew had to wait a long time to savor a road win again in Major League Soccer. It may have taken over three months, but Caleb Porter’s side finally got to celebrate a win on the road in a tough atmosphere.

A 3-2 victory on Saturday night over the New York Red Bulls was the Crew’s seventh win overall and only second on the road in 2019. It was a gritty and aggressive performance by the Crew who are riding a three-match unbeaten streak in league play. Not only was it a good time to add another three points, it came at the home of the defending Supporters Shield champs.

“It’s important. We knew going into this game we had seven road games out of the 11 games that we had, so it’s good to get that winning feeling again on the road, and we’ve played a very good team in a tough place to play,” Porter said.

“For us to play as aggressive as we did, to really do some things, adapt our style of play a little bit, you know, to kind of take away what they want to do and actually because we went more direct we created a ton of chances and problems for New York, and we knew that in our scouting. Scored three goals. We got good performances across the board and we showed a lot of team spirit and unity, as well, today.”

It was the first game since May 8th in which the Crew scored three goals, two of which were scored by rising star Pedro Santos. The No. 10 scored the eventual game-winning goal at Red Bull Arena, which now gives him seven on the season.

Santos moved to the center of the Crew’s midfield after Federico Higuain was lost for the season due to an ACL injury. The 31-year-old has shown zero problems with his move, recording a point in three of his last five appearances. Santos’ season in general has caught the eye of Porter and striker Gyasi Zardes, who both feel he is going a bit under the radar compared to other MLS midfielders.

“He’s quietly putting together a career year,” Porter said. “You look at his goal production, his eight goals, seven goals, I’ve lost count — that’s quite a few goals. Is it seven? Listen, that’s a lot of goals. He’s producing. He’s confident. I thought he was really hungry today and stuff.”

“He’s adjusting to the new position, the number 10 position, and he’s playing extremely well,” Zardes said. “He’s a lethal attacker and the more we get him on the ball and in dangerous spots, allows him to have goal-scoring opportunities and he’s starting to put them away. I’m really excited for what’s to come for Pedro.”

The Crew are nine points out of seventh place in the Eastern Conference after earning seven points of a possible nine over the past three matches. Not only is Santos rising to the occasion, but the team has shown a backbone over the past few weeks which has helped their cause to surge up the table.

Defensively, they’ve pressured teams into giveaways and poor efforts on goal which was something not visible during the club’s 10-match winless streak earlier this summer. Hector Jimenez and Aboubacar Keita have headlined the backline, while goalkeeper Eloy Room has stepped in for the departed Zack Steffen. A trip to San Jose next weekend will be another strict test for the Crew, but if they want to fight for a playoff spot they need to continue this run of form.

“Never felt like we were even going to be when we conceded out of the game and the guys just kept responding,” Porter said. “They have a lot of belief right now in that locker room. Actually, as much as you think we would be sky-high, we’re not. We’re very even keeled. We’re keeping our highs low. We’re taking the emotion out and we’re just focusing on improvement and taking it one game at a time.”

“We have to progress each and every single week, every single game,” Zardes said. “We have six away games and four home games left so it’s a perfect opportunity for us to overcome obstacles and challenges together like we have been doing.”

After next weekend’s trip to Avaya Stadium, the Crew return to Mapfre Stadium for home clashes against FC Cincinnati and Toronto FC.