LAFC holds off Atlanta United in bounce back win 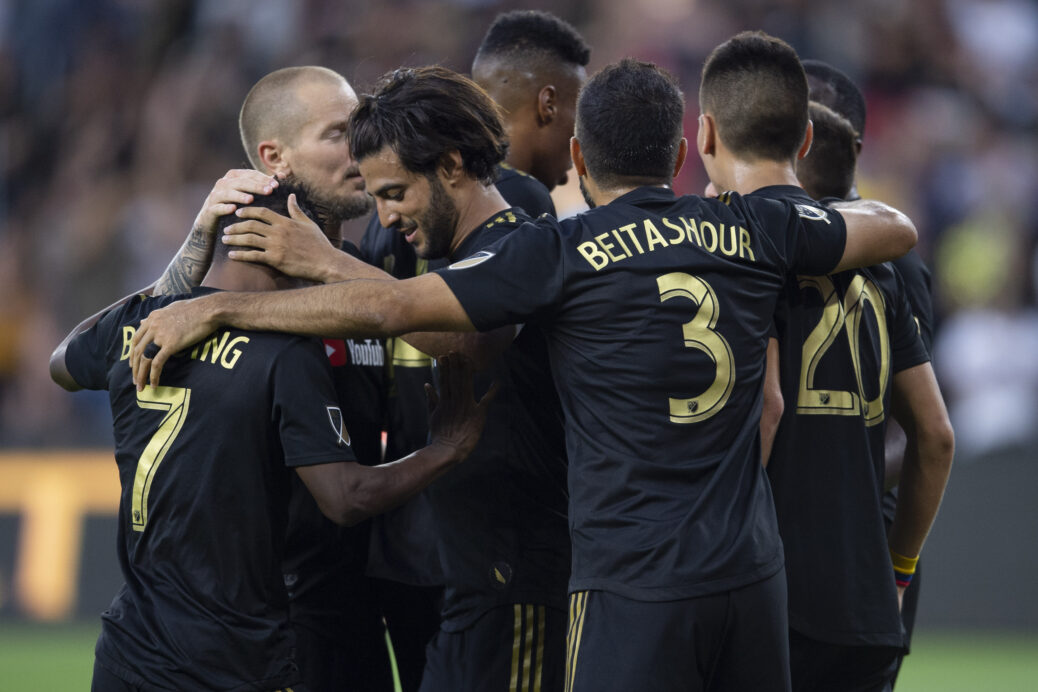 For LAFC, the night was an opportunity to come back after suffering a defeat to crosstown rival LA Galaxy last week as it held on to a 4-3 scoreline, seeing out a home win that wasn’t without some late drama.

It took less than 80 seconds for Mo Adams to get Atlanta on the board, going back post on a right-footed shot. The goal serves as Adams’ first MLS career tally and it comes just days after joining the team from Chicago Fire.

Adama Diomande found an equalizer in the 33rd minute, blasting a one-touch striker past Atlanta goalkeeper Brad Guzan on the near post, picking up his seventh goal of the season and fourth in as many games in league competition.

From there, LAFC capitalized on the momentum. Diego Rossi cleaned up some chaos inside the box created by Carlos Vela in the 38th minute, and Vela would go on to earn a penalty kick in the 39th. He converted from the spot to pick up goal number 22 on the season.

The action didn’t stop as the first half came to a close, LAFC’s Eduard Atuesta and Atlanta’s Josef Martinez swapped goals in the 45th minute and extra time.

The second half opened up with an LAFC own goal at the feet of Eddie Segura, bringing Atlanta only one behind in the 51st minute. The errant strike marked Segura’s second own goal of the season.

Further drama between Frank de Boer and Gonzalo “Pity” Martinez ensued at the hour mark when the Argentine was subbed off and threw a bit of a tantrum on the sidelines as the team suffers its sixth-consecutive road loss.

Tallying a goal and assist on the evening, Carlos Vela was the man to beat and Atlanta wasn’t able to stop him.

Clinical from the spot, Vela’s PK conversion put LAFC up 4-1 and gave the team all it needed to withstand Atlanta’s surges.

On the night of his 100th appearance for The Five Stripes, Leandro González Pírez picked up a yellow card while carrying a suspension under next caution. He’ll be missing a marquee matchup when LA Galaxy comes to town next week.