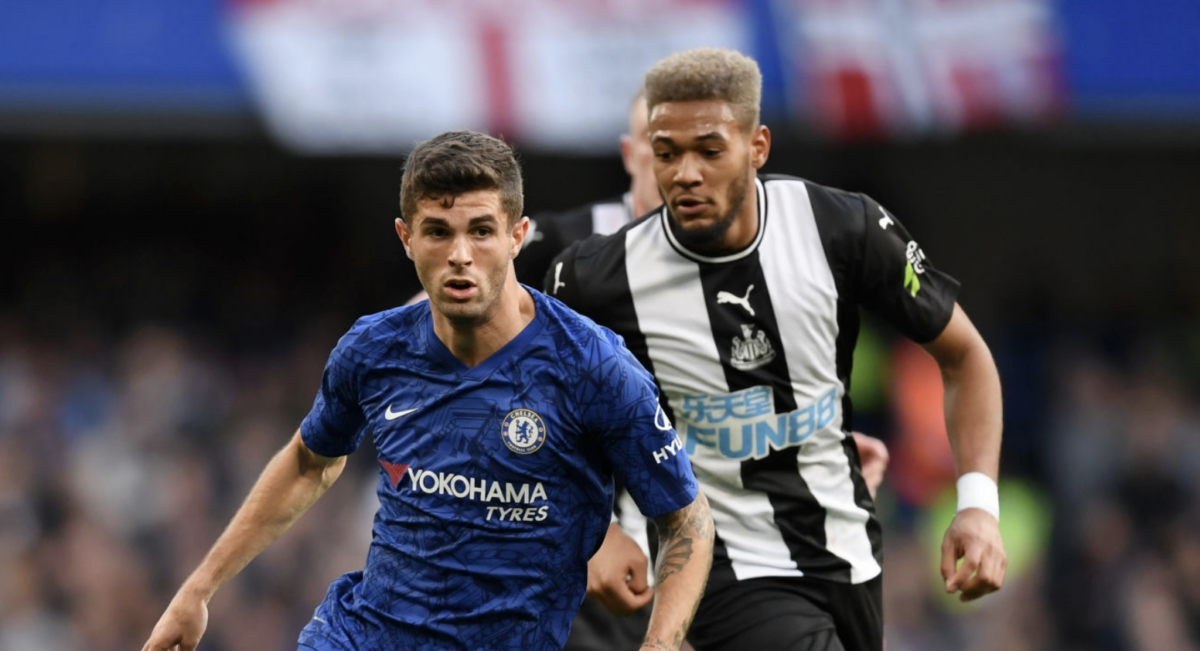 Just four days removed from a frustrating night in Toronto, Christian Pulisic rebounded with promising performance off the bench for Chelsea, helping set up a winning goal in his longest league appearance in more than a month.

Pulisic came off the bench in the 64th minute, and helped set up Marcos Alonso’s game-winning goal just nine minutes later as Chelsea posted a 1-0 victory over DeAndre Yedlin and Newcastle United on Saturday.

Pulisic connected with Callum Hudson-Odoi, who then played in Alonso for the eventual game-winning goal. Although it won’t go down as an assist, Pulisic should feel confident about his ability to impact the game.

Subs on and minutes later provides the hockey assist to help @ChelseaFC take the lead vs. @NUFC!

Pulisic finished with an 88% passing completion rate, while also winning two of his six duels and two aerial battles.

It was an encouraging performance for Pulisic, and came just four days after he left the U.S. Men’s National Team’s 2-0 loss to Canada as a 61st-minute substitution. Pulisic showed his frustration with being removed from the match, and voiced his overall frustration after the USMNT loss.

Yedlin started and played all 90 minutes for Newcastle on Saturday, but he was unable to help his side avoid defeat in London. He did however make a clearance earlier in the match to prevent Pulisic from an assist on a Tammy Abraham goal.

Chelsea moved into fourth place in the Premier League table after the win and return to Champions League play this week against Ajax.