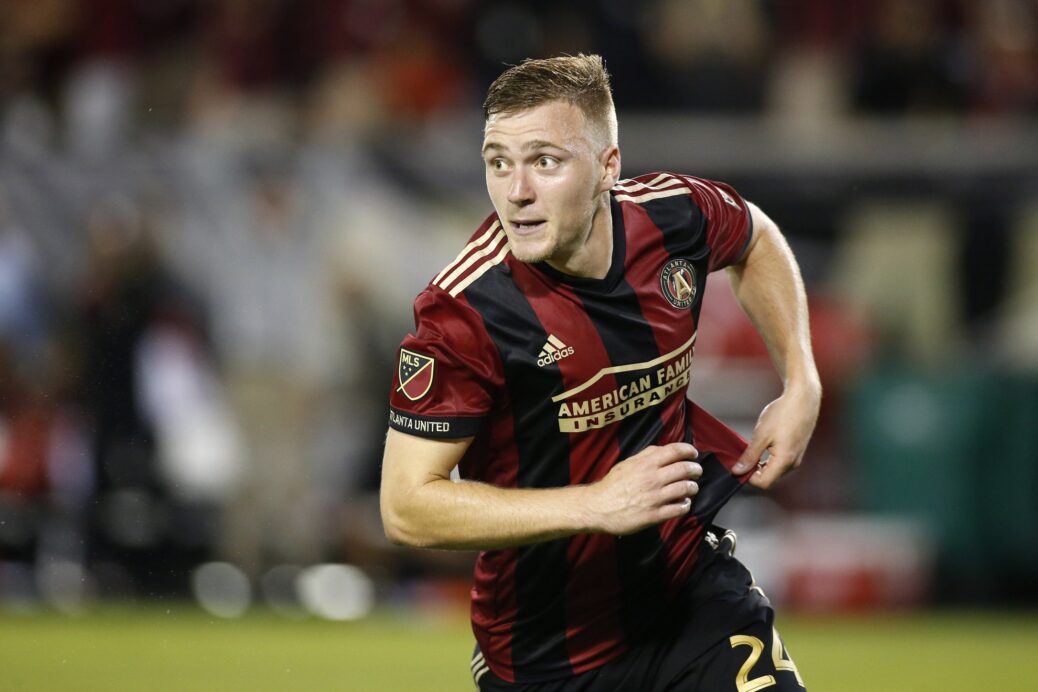 Atlanta United had repeatedly attempted to give Julian Gressel an improved contract over the past year, but ultimately the two sides’ inability to agree on a number led to the departure of one of the team’s most productive and well-liked players.

Gressel and Atlanta United parted ways on Tuesday, as the club announced it had traded the versatile wingback to D.C. United in exchange for up to $1.1 million in allocation money. The move was not all that surprising given that Gressel had publicly expressed his frustration over not getting a new deal, but nonetheless it officially ended the Atlanta United original’s time with the team.

“Let’s be honest, he was underpaid,” Atlanta United technical director Carlos Bocanegra said on a conference call on late Tuesday afternoon. “We offered him an improved contract in January (2019), we offered another improved contract in the summer slightly thereafter, and we kept talking over into the winter and we came at a standstill.”

“We would have liked to see what would’ve happened with the new (Collective Bargaining Agreement). Potentially we reach a deal with him, potentially not, but in the end the player wanted a resolution and came in and asked for a trade. We thought this was mutually beneficial to all parties.”

Atlanta United could have kept the 26-year-old German for the upcoming season if it really wanted to, but ultimately chose to do “the right thing” and traded him to one of only two teams to table serious offers for his services this winter.

Gressel will reportedly now make up to $700,000 per season on a four-year deal with D.C. United — a figure that is significantly higher than the $150,000 he was set to earn in Atlanta this campaign. Atlanta United, meanwhile, gets $750,000 in Targeted Allocation Money over the next two years, with performance-based metrics potentially raising that amount by another $350,000.

“I don’t think it would have been a good situation for anyone (to keep him),” Bocanegra said. “Julian playing not to get hurt, he’s worried about his future. … It was coming down to a situation where nobody really wanted to go and this was a solution where we felt we’re getting good return for him and we can utilize those funds and it will go into our greater plan.”

Gressel’s exit, however, means that Atlanta United has lost a productive player that scored 15 goals and dished out 35 assists over the past three years. Replacing that level of performance in team’s potent attack will not be easy, but Atlanta United is confident that other players, both on the squad now and that may arrive in the near future, can help pick up the slack.

“I think with guys that we have, hopefully some of the guys that come in as well,” Bocanegra said when asked how the club plans to replace Gressel’s impact. “We also are expecting a little bit more production out of (Ezequiel) Barco and Pity (Martinez) this year to help get those numbers up. I’m not putting it on any one person but some of the guys we have and some of the people we bring in.”

Atlanta United may have ideas and some plans in place for how to mitigate Gressel’s absence in the attack, but his spot in the lineup will still have to be filled. Brooks Lennon, who was traded for last month, is an option there and so is Franco Escobar.

Regardless of who claims the spot, the quality and effort that Gressel has delivered since 2017 will likely not soon be forgotten in Atlanta.

“Coaches liked him, players liked him, fans liked him, we liked him,” said Bocanegra. “Look, these are just some of the things that go on in professional sports and one of the hardest parts of this whole thing is you have to take the emotion out of the decision. That’s ultimately what it comes down to.

“We’re trying to do the best thing for the club.”