What is D.C. United getting in new DP Edison Flores? 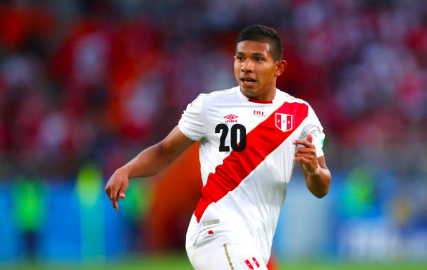 D.C. United made it official on Tuesday, signing Peruvian international Edison Flores to a Designated Player deal. The 25-year-old midfielder joins the team via an undisclosed transfer from Liga MX side Morelia — rumored to be worth $5 million, the largest sum paid by the MLS club — and as such will be one of the primary protagonists in head coach Ben Olsen’s attack.

But what exactly is D.C. United getting in Flores — who is affectionately nicknamed Oreja and Orejas due to his pointy ears — that would warrant such a figure?

First, Flores is a versatile player capable of contributing anywhere in the midfield. He tends to be used more often than not on the left side of any formation, but can play on the right as well as in a central midfield role. What’s more, his penchant for drifting towards and finding space in more advanced spots in the center of the park has produced the bulk of his goals and occasionally led to him being deployed as a 10 — which is where he will likely play for D.C. United.

And that scoring ability is a big thing when it comes to Flores. His nose for goal and willingness to shoot from distance make him a massive threat to find the back of the net and allow him to do so with regularity, even in games in which he goes large stretches without getting a touch or making an impact.

Players tend to score a goal every now and then, but not every player is a true goal-scorer. Flores is — as evidenced by his 13 tallies for Peru to date. As the famous and now-deceased Peru commentator Daniel Peredo used to regularly say in Spanish, “things happen when Flores appears.”

Now while Flores does regularly play on the left, he is no true winger. He does not hug the sideline nor does he beat players on the dribble frequently. He also does not overwhelm you with his size, speed, or skill on the ball.

What he does do effectively is combine well, track back, and give his all for the team. Flores also has that traditional feathery Peruvian touch, good positional awareness, and a solid understanding of the game. His soccer IQ is high and he is a consummate professional, something that Peru fans lamentably wish was the case for more of their player pool.

Another quality Flores has is his strength. While he is diminutive — D.C. United flattered him with an official listing of 5-foot-8 on its press release — Flores is stocky enough to hold off challenges that can surprise bigger and stronger defenders. His power translates to his lethal left foot, which is equal parts potent and precise.

Despite his age, Flores is also a very experienced player. He not only has 47 caps with Peru’s national team, but has been a regular starter since his breakout showing in the Copa America Centenario on U.S. soil in 2016.

Flores was not only a key member of that squad, but also the one that successfully navigated CONMEBOL’s difficult qualifying campaign and ended the Peruvians’ 36-year wait to reach another World Cup. He started in all three games in Russia in 2018, too, and most recently helped Peru get to the 2019 Copa America final against Brazil with a pair of goals in that tournament.

As far as off the field goes, Flores will surely be one of the faces of D.C. United even though he is not a superstar in South America. There is a large Peruvian population in and around D.C. area, and Flores’ standing as a fan favorite among that community combined with his humble personality will surely be used as a strategic marketing tool to draw in new fans from that demographic as well as the larger Latino populace.

It will be a new chapter in D.C. for Flores, who has played for a handful of teams across the globe. He started with Universitario in his native land before making stops with Villarreal’s second team in Spain, Aalborg in Denmark, and, most recently, Morelia.

His impact down in Mexico had many pundits and fans believing he would soon try his hand in Europe again. Just as he had told SBI in late 2018, however, MLS came looking for him again this winter.

This time he could not refuse and now D.C. United has another significant weapon on its roster — one that boasts the rare combination of being team-first while also having a goal-scoring mentality.