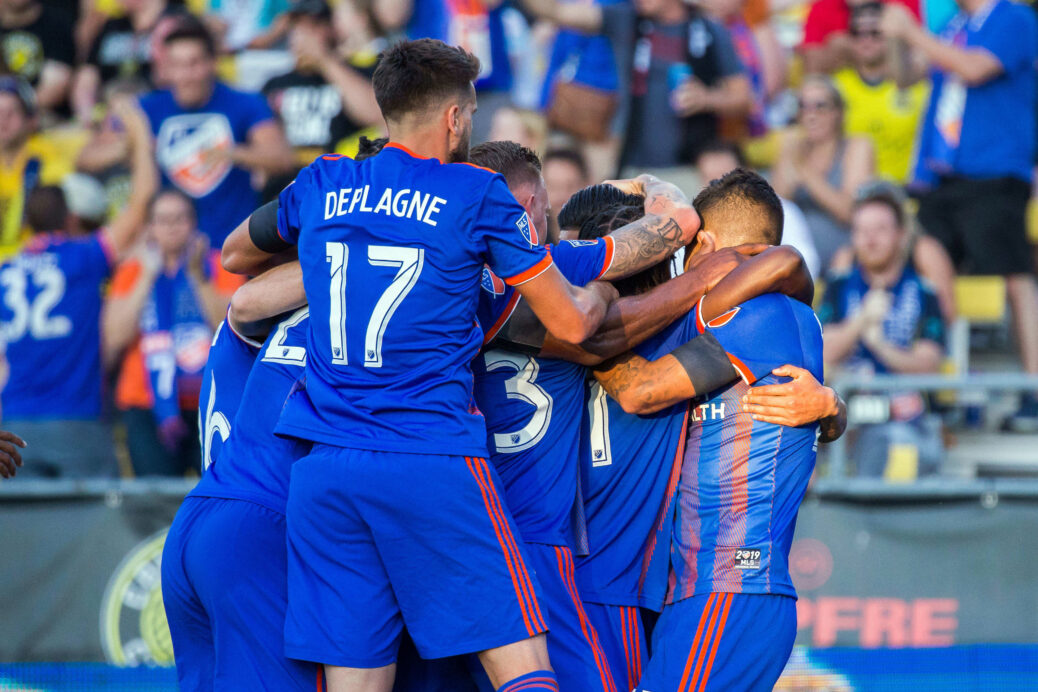 After a disastrous inaugural season in MLS, FC Cincinnati’s 2020 preseason camp has been also far been from serene.

The team’s general manager Gerard Nijkamp conducted a global search for a new head coach after Alan Koch was sacked just 12 games into the season in 2019, ultimately landing on Ron Jans as the man in charge to usher the team through 2020 and hopefully, the opening of its new stadium in 2021.

Nijkamp finds himself searching again, but a week ahead of the season this time.

Jans didn’t last through the team’s first training camp under his leadership. He offered his resignation after the alleged use of a racial slur prompted an investigation by the MLS Player’s association.

“To be honest, when it happened last week, the same day and the next day we were devastated,” Cincinnati defender Kendall Waston told SBI. “You know, the mood in the locker room and training is hard because nobody likes to go to these types of situations, but over five more days it’s been decreasing, so now we are more focused.”

Unable to escape the caretaker role he played last year, 29-year-old assistant coach Yoann Damet is back at the helm as Cincinnati prepares to open up the new season.

In addition to picking up a win in the U.S. Open Cup, Damet owned a 3-10-0 line in MLS play last year, earning as many wins as Koch and Jans combined.

Now, he’s tasked with what’s left in the organization of a completely new-look team and as wounds heal from Jans’ dramatic exit.

Prior to the reasons behind Damet’s appointment, FC Cincinnati’s offseason was looking positive. With 13 players in and 18 out from last year, he doesn’t shy away from the fact that the lineup he managed previously had some glaring needs.

Damet certainly didn’t ask for the situation he’s dealt with, but the team undeniably got better in terms of its roster and he’s afforded the luxury of another trial run but this time carrying out better-laid plans.

After waiving Fanendo Adi, re-structuring Allan Cruz’s contract to TAM-level, and even moving on from fan-favorites, Cincinnati had a near-blank canvas to work with as it opted for major changes in the offseason en route to bolstering the roster with three new designated player caliber options, new international slotted players, and quality youth depth pieces. 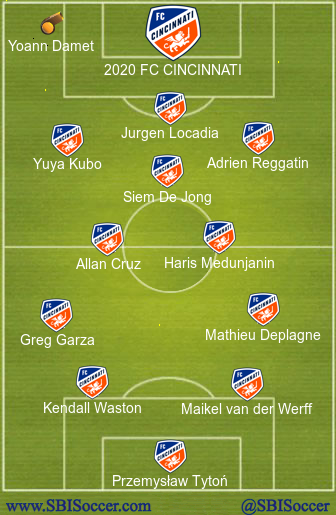 The club’s marquee offseason addition Jürgen Loacida is an exciting MLS newcomer who has scored goals in the Premier League, Bundesliga, and Eredivisie ranks, all by age 26.

The club needed a goalscorer last year, with nobody scoring more than seven. Locadia will be a true target-man who could be poised for a big year if the pieces around him afford him the chances.

In 2019, Garza had a woeful run of injuries that resulted in him taking the field 13 times, which follows a 16-appearance year at Atlanta United in 2018. The team brought Andrew Gutman in from Celtic late in the year, and the 23-year-old Indiana University product had a good showing.

“I think that it’s great for the competitiveness, you have guys that whenever their shirt is called a whenever their number is called, they’re ready for battle and ready for war,” Garza told SBI. “I think that’s something that you definitely need within a team to build. You know, that depth within every team so that when things do hit the fan at times, you have guys that can step in and continue to do that work and continue to take off that workload.”

For now, the starting left back spot should safely belong to Garza, but if he is unable to stay healthy, Gutman could end up taking more than just workload relief.

Another down year in the East will work in Cincinnati’s favor, but the team desperately needs to find stability with whoever ends up in charge.

Controlling what it can, the squad won’t resemble the historically-worst goal-conceding team in MLS history very much, though, on the defensive side not too much will change in regards to the ideal lineup from a season ago.

A fully-healthy Garza will hold down the left-back spot, perennial captain Kendall Waston and late 2019 addition Maikel van der Werff will remain in the center with Mathieu Deplagne on the right.

A supporting cast of Nick Hagglund, Andrew Gutman, new addition Tom Pettersson will all figure to earn minutes, and the also newly-acquired Zico Bailey and Saad Abdul-Salaam round out the unit. While the names of the best starting backline combination won’t change, the team made a concerted effort to bring in a well of depth talent and that should see it better positioned when injuries and international breaks come up.

Who will that line be protecting might be one of the bigger questions when pondering Cincinnati’s initial starting XI. Both Przemysław Tytoń and Spencer Richey have arguments to be made.

“I’m most certainly prepared. You know, it was a different mindset overall for me coming into this year, compared to last, you know, last year was the expectation going in that Titi [Tytoń] was going to get the first run at it,” Richey told SBI.

“Having played a majority of the last season, and almost all the games that I was fit for, you know, I came in prepared to be the number one expecting to be that number one and hopefully I’ve shown well enough,” Richey said.

The offseason overhaul starts to take shape towards the higher end of the field.

In the center, 2019 team-leading goalscorer Allan Cruz figures to remain an important piece of the attacking support. He’ll be found with some new faces in the unit though. MLS newcomer Siem de Jong will be relied on to fill a glaring need the team had in a true number 10 role, and former Philadelphia Union midfielder Haris Medunjanin will play behind him in a defensive distribution role.

Medunjanin won’t show up in the box score as often as de Jong, but the addition equips Cincinnati with something it didn’t have before in a reliably above-average passer. With the Union in 2019, Medunjanin led all of MLS in completed passes and more specifically, completed passes in the opponent’s half en route to playing every minute of the regular season.

The departures of Leonardo Bertone and Victor Ulloa were addressed with clear upgrades. 2019 draft pick Frankie Amaya will likely be one of the featured depth pieces as his development continues, while Caleb Stanko, Fatai Alashe, and Jimmy McLaughlin round out the midfield squad which got noticeably deeper.

Going higher, there’s some debate over who might play where on the wings, but the names will be Yuya Kubo and Adrien Regattin.

The club brought each in for their reputations of being versatile on the attacking end. Japanese DP Kubo most recently was relied on in the left-wing spot at KAA Gent but has played in the center-forward role for most of his career, while Moroccan international Regattin looks to have been used in various roles on the right side historically.

The common theme of added depth persists in the wings, as each new addition will be taking starts away from Joe Gyau and Kekuta Manneh.

In the striker role, in addition to waiving Adi, recent legal issues will soon see the departure of Darren Mattocks, making way for two new faces.

The Dutch DP target Locadia will be backed up by Brandon Vazquez, who joins from Atlanta United – where he wasn’t going to be challenging Josef Martínez for the top spot in the near future, and second-year forward Rashawn Dally is in the well for depth.

If the team can tread water while it searches for a long-term leader, the raw talent of the roster should see an improved finish from a year ago.

“I think we’ve added some pieces to the roster, I would call them the difference-makers,” Damet said. “So it’s definitely exciting when you want to play a brand of football that is attacking and possession-based.”

“You want to have also the end product, which is scoring goals. So I think these players bringing their experience and their maturity onto the team is going to be very, very good for us, and that’s what I’m excited to see in the coming weeks.”

For Damet, the grind that is serving as an interim coach should be easier the second time around.

“I think for sure when you get put into a position that you’ve experienced before it’s always a bit easier, there is a bit less unknown in that situation,” Damet said. “So I try to use the experience that I got from last year to prepare, but also to organize doing the work and to be the best I can be.”