Javier ‘Chicharito’ Hernandez didn’t have the Major League Soccer debut he or the LA Galaxy would have hoped for, but Saturday’s 1-1 draw with the Houston Dynamo did provide a valuable lesson.

The Galaxy have spent the past two years being led by Zlatan Ibrahimovic, frequently relying on his heroics and accepting the trade-off of knowing their fortunes were often tied to the Swedish star’s strengths and clear weaknesses.

The 2020 Galaxy are a different team now, having replaced Ibrahimovic with Hernandez. It is a tradeoff Galaxy players aren’t shy about admitting they love because of the reality that Hernandez is much more a team player than the superstar he replaced.

As much as that may be the case, and as much as the Galaxy won’t miss playing with someone who never cared to defend or or do much running without the ball, the reality is the team must help fill the void left by Ibrahimovic the goal-scorer. Hernandez will do his part to fill that void, but at times on Saturday the Galaxy played like a team still fighting the habit of watching and waiting for their star to deliver something special.

Cristian Pavon did provide some magic, with his wonder goal setting a good early tone, but that moment was one of the few memorable ones produced. Sure, the Galaxy did generate some chances, but the middle 40 minutes of the match were controlled by the Houston Dynamo.

Tab Ramos deserves some credit for having his team take it to the Galaxy, and take control of the match, shaking off the Pavon wonder strike before Mauro Manotas’ equalizer. The Galaxy did close the match with more promising play, and Joe Corona nearly found a winner only to have his shot cleared off the line, but the Dynamo did well to limit Hernandez’s chances and nobody else from the Galaxy could step up to deliver a second goal. 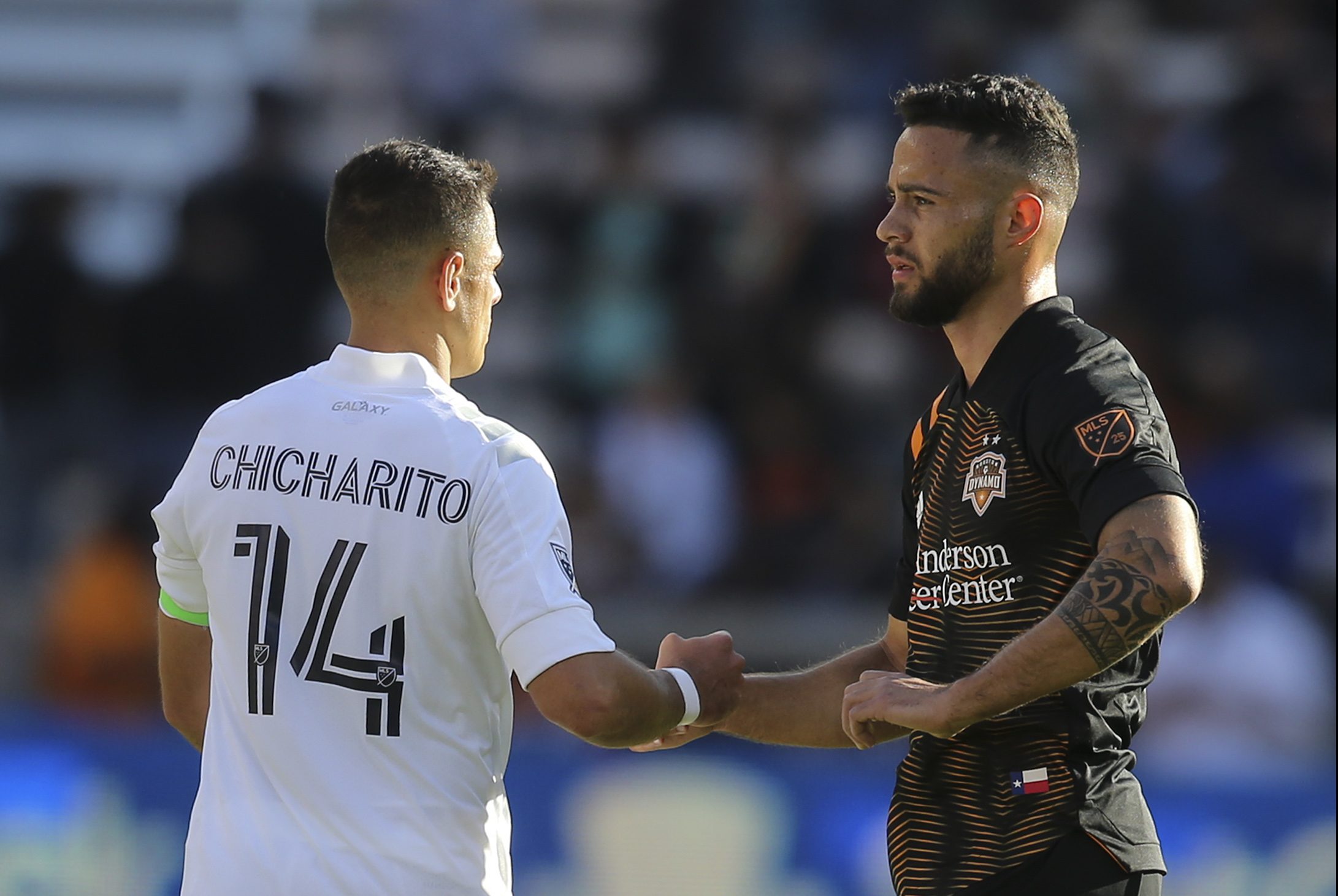 “I think Chicharito was part of the team, but maybe we could not take the best for Chicharito, like scoring,” Galaxy coach Guillermo Barros Schelotto said. “I think he worked very hard for the team and I am happy with the point.

“I think [Chicharito] was part of the team and I think we played really good soccer. We played well and we fought. We tried the whole time to win the game.”

It isn’t a coincidence that Schelotto felt the need to say more than once that Hernandez was “part of the team”. Galaxy players have been gushing over how hard Hernandez works, and how refreshing it is to have someone providing defensive support from the striker position. Hernandez definitely provided that on Saturday, but it was pretty clear that the Mexican star and his teammates have yet to develop much chemistry or familiarity.

“I don’t want to use it as an excuse but I still have plenty to get adapt to my team, to my teammates,” Hernandez said. “The first game of the season is like a hangover of the preseason. It is a long season. It is plenty to go. Hopefully we can start to show our improvements next weekend.”

Anyone hoping Hernandez might have an MLS debut similar to the one Ibrahimovic had two years ago, when he scored a pair of goals to lead the Galaxy to an unforgettable comeback against Los Angeles FC, came away sorely disappointed, but that doesn’t mean Hernandez’s MLS debut was a failure.

The Galaxy earned a road draw, created the better chances, and played a solid defensive game, an encouraging sign after the disastrous defensive season the team had in 2019. They did all that despite missing star midfielder Jonathan Dos Santos. 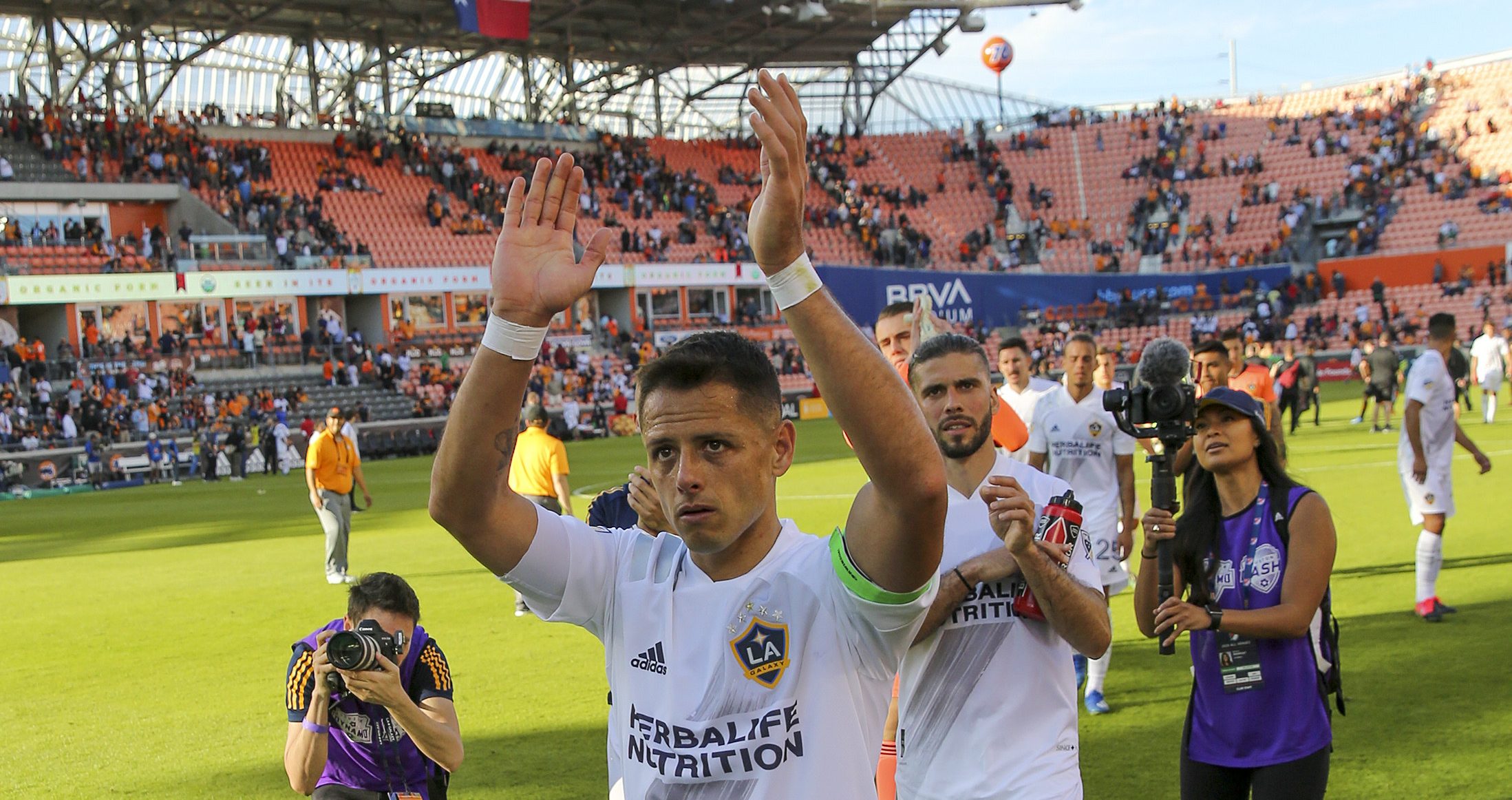 So no, Chicharito’s MLS debut won’t make many highlight reels, but the Galaxy are banking on the 2020 season being more about building something tangible, not about flashy highlights. They had plenty of those over the past two years, but those didn’t help produce a single piece of silverware.

“The team is always more important than a player,” Hernandez said. “We won’t win championships depending on individualities or who is the captain.”

The Galaxy know that all too well. They tried that for two years, and while the Ibrahimovic era provided plenty of great memories and special goals, it didn’t deliver enough wins that mattered.

Time will tell whether the Chicharito era will be able to deliver them.