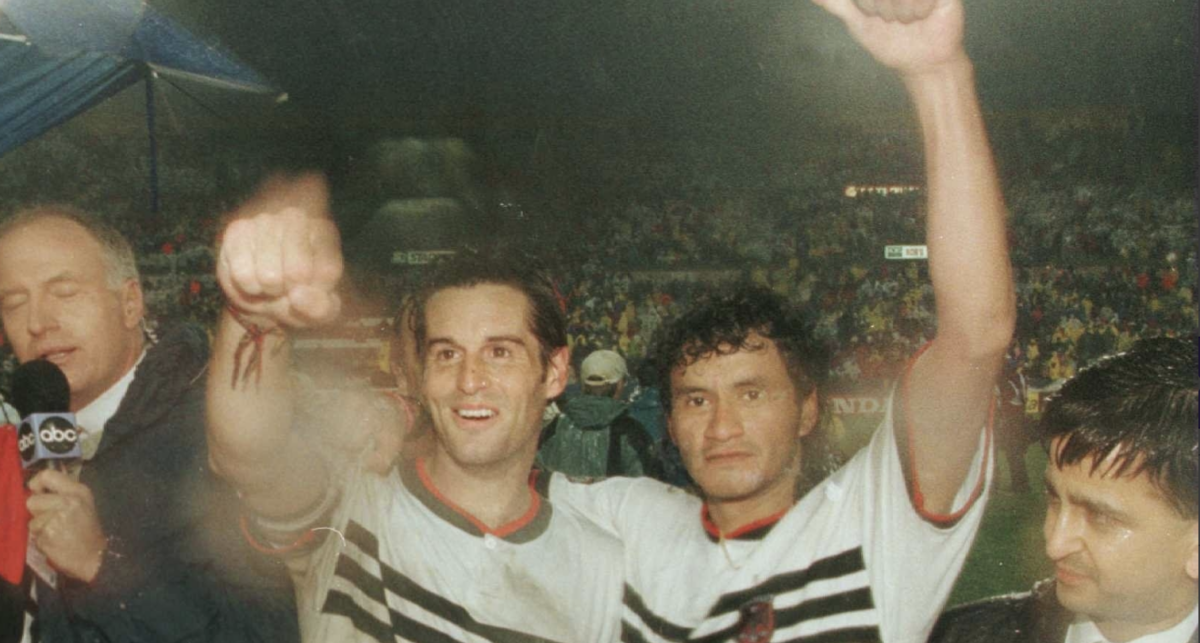 We will start with D.C. United, one of the league’s original teams, and the first MLS Cup champion. D.C. United dominated the early years of MLS, winning three of the first four MLS Cup titles. 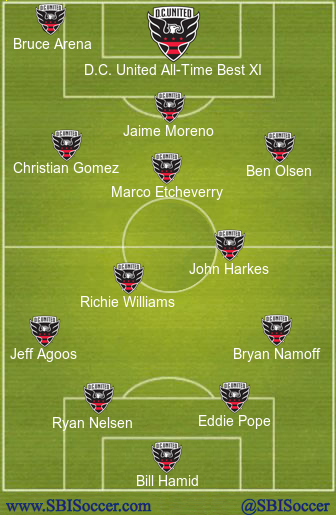 The starting goalkeeper for most of the past decade, Hamid has become the face of the new generation of D.C. United, making 233 starts over parts of 11 seasons. The 2014 MLS Goalkeeper of the Year, Hamid remains one of the best in the league, and he counts the 2013 U.S. Open Cup among his honors.

The D.C. United starting right back for almost a decade, Namoff enjoyed his best season as part of the team’s 2004 MLS Cup championship team, but also helped D.C. win the 2006 and 2007 Supporters’ Shields and 2008 U.S. Open Cup. Namoff played 195 matches for D.C. United before being forced to retire due to concussions.

One of the best defenders in MLS history and American soccer history, Pope etched his name in D.C. United history books when he scored the winning goal in the inaugural MLS Cup final. Pope helped lead D.C. United to three MLS Cup titles, earning MLS Defender of the Year honors in 1997. He played 143 matches for D.C. United before being traded to the MetroStars in 2003.

The New Zealand international began his pro career in MLS and emerged as a dominant figure during his time with D.C. United. He helped lead the D.C. defense during the 2004 MLS Cup run, and earned MLS Best XI honors twice during his time in MLS before moving on to England, where he enjoyed a distinguished career playing for Blackburn, Tottenham and Queens Park Rangers.

One of the best defenders in MLS in the league’s first decade, Agoos was a key starter on all three MLS Cup-winning squads in the 90s. Originally a left back, Agoos eventually moved into central defense, where he flourished as the anchor of two San Jose Earthquakes championship teams after leaving D.C. United in 2001.

Though he didn’t generate the headlines of fellow midfielders Harkes and Etcheverry, Williams was a vital cog in D.C. United’s title-winning teams in 1996, 1997 and 1999, and he spent a total of six seasons as a starter in D.C., sprinkled in with a pair of one-year stints with the New York/New Jersey MetroStars.

Nobody is more synonymous with D.C. United than long-time player/coach Ben Olsen, who enjoyed an 11-year stint as a player. Arriving in 1998 as part of that year’s Supporters’ Shield-winning squad, Olsen was also a key member of the MLS Cup-winning 2004 team. He finished his career having played 221 regular-season matches for D.C. United, and has spent the past 11 seasons as the team’s head coach.

Few players in MLS history have made as big an impact in their first seasons in the league as Gomez, who arrived in the middle of 2004 and promptly helped lead D.C. United to the MLS Cup title. He went on to earn MLS Best XI honors for three straight seasons, and claimed the MLS MVP in 2005.

The creative heart of D.C. United’s early years, Etcheverry was the MLS MVP in each of the team’s MLS Cup-winning seasons in the 90s. The Bolivian attacking midfielder registered 34 goals and 101 assists in 191 appearances over eight seasons, and his role in three MLS Cup-winning teams makes him a strong candidate for any MLS All-Time team.

One of the best forwards in MLS history, Moreno has the distinction of being a part of all four of D.C. United’s MLS-Cup winning teams, while also playing on four Supporters’ Shield-winning teams. The Bolivian goal-scorer spent 14 seasons with D.C. United, amassing 131 goals and 102 assists before retiring in 2010.

The man who built the foundation for the first MLS dynasty, Arena led D.C. United to a truckload of silverware in his three seasons in charge, including two MLS Cup titles, a U.S. Open Cup, Supporters’ Shield and a Concacaf Champions Cup before leaving D.C. United to become U.S. Men’s National Team coach.