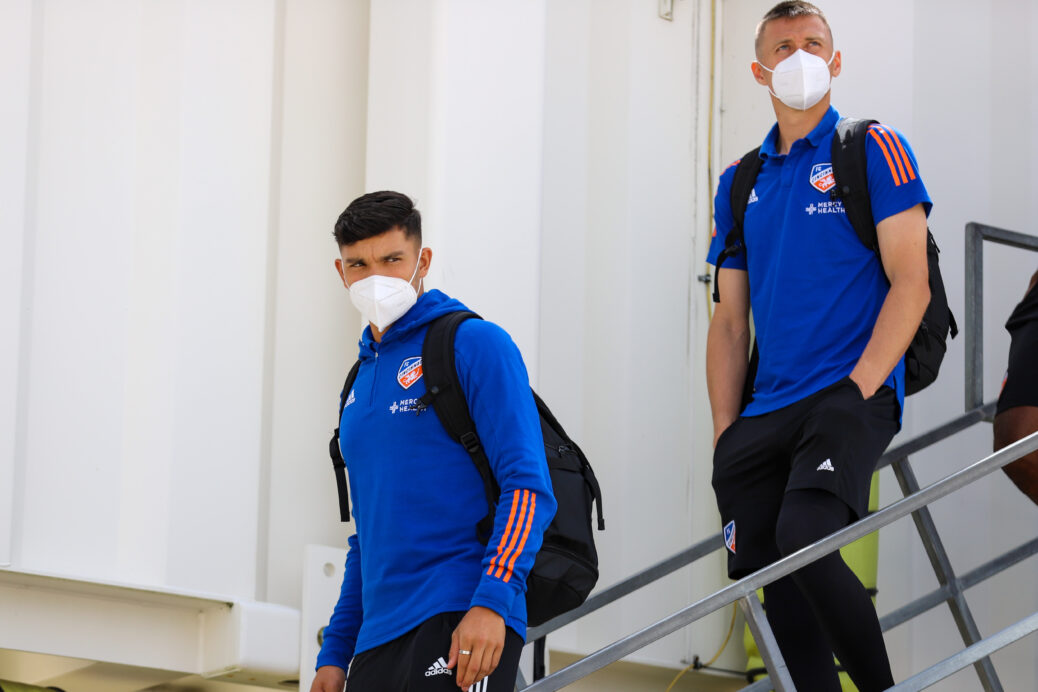 The MLS is Back Tournament is fast approaching, and six teams are now in the “bubble” after FC Cincinnati entered the Walt Disney World Swan and Dolphin Resort in Central Florida on Monday.

FC Cincinnati arrived during the day and underwent a round of COVID-19 exams. Th Eastern Conference side then joined the San Jose Earthquakes, FC Dallas, the Columbus Crew, Minnesota United, and competition hosts Orlando City as teams already located inside the large hotel.

“Hopefully we can have the test results back very quick as well so we can go out and go onto the pitch and get used to the heat and humidity over here and work again,” said new FC Cincinnati head coach Jaap Stam. “Like we’ve said before, there’s still a lot of work to be done and it’s not easy in these conditions to work continuously for two hours.

“We only can be on the (practice field) for 90 minutes so we need to be very good in managing the time that we’re using as well, but we’re looking forward to training tomorrow.”

Stam and FC Cincinnati are set to open their tournament campaign against the cross-state rival Crew on July 11. The match will mark Stam’s MLS debut.