Robles: Inter Miami has to start winning at Orlando tournament 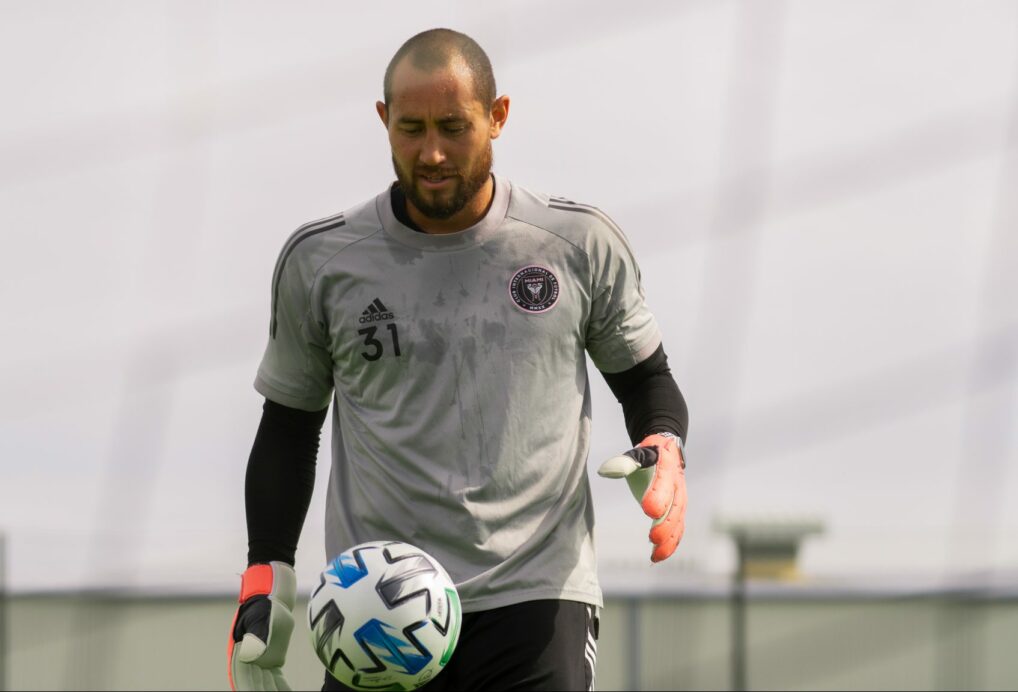 If there is one thing the upcoming MLS tournament in Orlando represents for Inter Miami, captain Luis Robles believes it is the chance to do something the fledgling team has never done before.

Major League Soccer is set to return in the coming weeks with a competition in Central Florida, and for Inter Miami that will provide an opportunity to record the first victory in franchise history. The expansion side failed to pick up three points in either of its opening two matches prior to the forced pause in action because of COVID-19, but will have the chance to correct that and begin to live up to its self-imposed lofty expectations once the ball gets rolling again.

“We want that process to continue and we want it to culminate in not only victories but trophies. The only way we can do that is to get back onto the field, and if Orlando is that, then that’s what it’s going to be: an opportunity for us to continue that journey to (establish) a winning culture.”

From the start, Inter Miami co-owner David Beckham and other high-ranking team officials have made no secret of their ambitions to become one of the best teams in Major League Soccer. In fact, managing owner Jorge Mas stated just before the start of the season that the franchise was seeking to become “the most important team in this hemisphere.”

The initial results didn’t follow. Inter Miami fell away to LAFC in the season opener before coming up short on the road again a week later against D.C. United.

Then, just as a high profile home debut vs. the LA Galaxy was set to take place, bad news came in the way of the league’s stoppage.

“When we look back at 2020 so far, we had this really really high high of getting to our first game and then all of a sudden this very strange experience,” said Robles. “We’re hoping that we can take that really high high and throw in the very strange and unprecedented experience and then there’s another part to it. We’re hoping that that part includes success in Orlando, it includes success in however the season plays itself out.

“… I know that’s the ambition of the guys at the very top, it’s the ambition that is felt from the coaching staff into the locker room, and I think that’s where our hope is. That we can sort of get through this part of this season to then resume the season and have success so that we’re adding one more block to the foundation, a foundation that’s going to be deep and wide and easy to build upon.”

Inter Miami took the next steps in starting that process on Thursday, as the team began holding small-sided training sessions. The hope is that full-contact practices can begin soon now that MLS has lifted the moratorium on regular team sessions — official clearance is still needed to do so — but nonetheless the latest training was still an enjoyable one.

“The guys had a lot of fun today,” said Robles. “The reason I say that is because, it’s crazy, you don’t think anything about having the privilege of passing the ball with your teammate or your friend, and yet you go through an experience like the one we’re going through and that’s taken from you.

“When you’re allowed to do it again you can’t help but to rejoice in a way and really enjoy. I think that’s what today was: a lot of enjoyment. Of course the trainings have been really challenging and difficult and I understand the aim and the focus of the coaches, but as difficult as they are, it’s a lot easier when you’re able to pass the ball with your teammate.”

The transition from training to playing games will soon take place. Games that matter are once again on the horizon, and that is a positive for Inter Miami.

Not only because the club gets a chance to compete for points again, but because it gets another crack at trying to become the winning and successful team that it has hoped to be for so long.

“The incentive is to continue the journey,” said Robles.