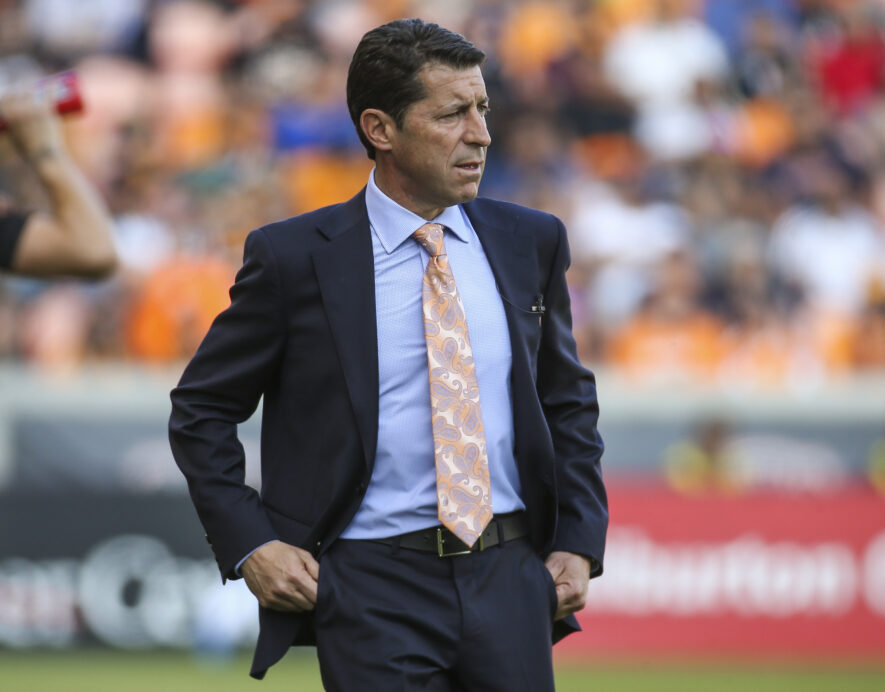 Major League Soccer is on its way back to action, albeit not in the way fans would have expected. The league announced that a tournament will be staged in Orlando beginning July 8 and concluding August 11. This “World Cup”-style tournament may pose challenges for coaches in MLS, but Houston Dynamo Head Coach Tab Ramos is not one of them.

“It is the type of tournament that I am used to more than anything. So, hopefully, it helps a lot. I know how to manage these types of tournaments. I’m hoping we have an advantage because of that,” Ramos said on a conference call Thursday.

Before becoming head coach of the Dynamo last October, Ramos spent more than a decade working with the United States Men’s National Team, primarily as the head coach for the Under-20 squad. This included leading the U-20s to three World Cups, most recently in 2019.

“I was really prepared for this. With the National Teams, you only get to see your players so often, and you rely some of the time on Zoom calls, not just with the players, but with our staff. The staff is never together,” Ramos said.

Accustomed to remote communications, Ramos knew exactly what to do when the season was suspended in March, and almost immediately began working with and getting to know all of his players and staff. Ramos believes that this time away from the action has allowed the team to come together in a way that will reap benefits for Houston when play resumes. The Dynamo benefit, too, since the time off from competitive play allowed their injured players to heal.

“Hopefully we will go into the season with a healthy Jose Bizama, Darwin Quintero, Alberth Elis, and Victor Cabrera,” Ramos said. “That’s something that we didn’t have when the season started. So, that will be four guys that we can potentially start now.”

With players returning from injury as well as having one of MLS’s most veteran squads, match fitness and roster depth are key for the Dynamo to succeed in Orlando. Luckily for Ramos, MLS is throwing a bone to coaching staffs by expanding game-day rosters for the tournament.

“We will be allowed to dress more players, instead of the normal 18 that we have available for game day,” Ramos said. “We will likely have 23 (players), and we can select five out of those 23. There will be a lot more options that we will have as coaches on the sidelines to make decisions that can hopefully make an impact on the game in a positive way.”

Each club will get just three to four days in between each match they play in Orlando, which Ramos deemed helpful for his team. After a long layoff from games, Ramos is prepared to take the next step forward as his team returns to full training on June 11.

“Now, we can see the light at the end of the tunnel,” Ramos said. “We have a tournament that has been scheduled, and then hopefully the end of the season after that.”