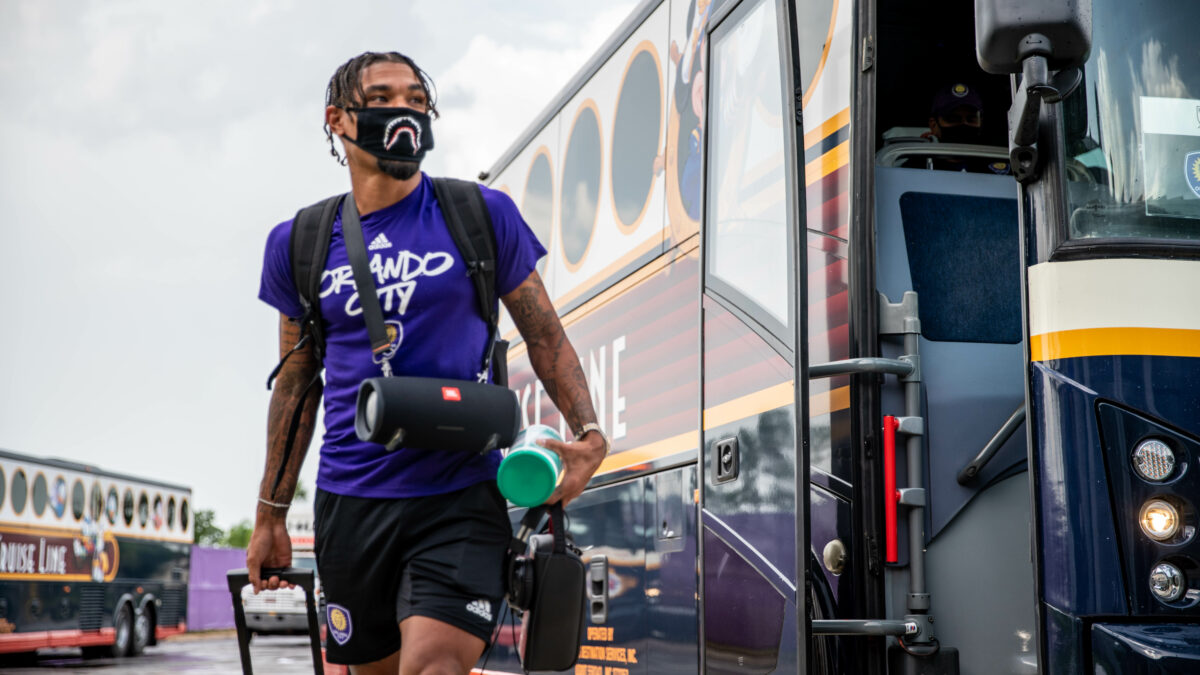 The hosts have made the short commute and are officially in the MLS bubble.

A day after the San Jose Earthquakes entered Major League Soccer’s base Central Florida resort ahead of the upcoming MLS is Back Tournament, Orlando City followed suit on Thursday. The Lions arrived as a group on a pair of buses during the rainy afternoon, just hours after finishing the final training session at their usual practice facility.

“This hasn’t been done before,” said Orlando City head coach Oscar Pareja. “At this moment we are in the adjustment mode in a positive way, knowing that everybody has to cooperate with the tournament in a way that we can get the best out of it.

“It’s not going to be perfect, but we have the competition back, we have Major League Soccer back. That in and of itself is great.”

As hosts, Orlando City is set to open the MLS is Back Tournament on July 8. The Lions will welcome Inter Miami that day in the first chapter of the Florida clubs’ budding rivalry.