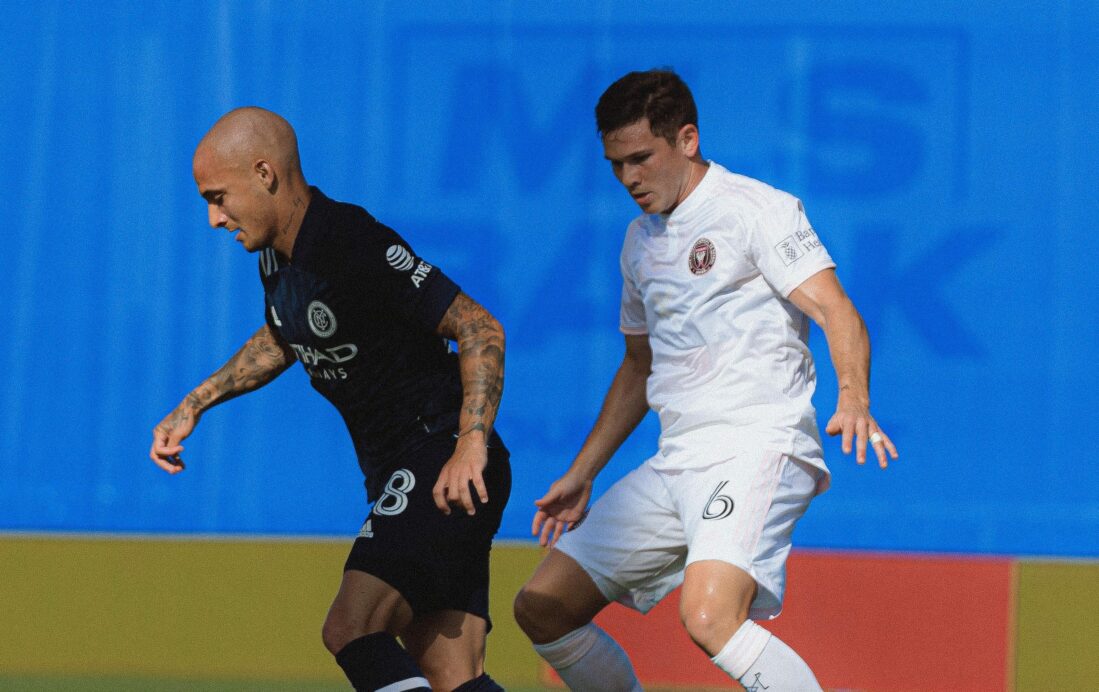 Wil Trapp and Victor Ulloa have left plenty to be desired in central midfield for Inter Miami thus far, but their latest performances were quiet more by design than anything else.

You need only look at the amount of touches they had to see that.

Inter Miami was knocked out of the MLS is Back Tournament on Monday morning with a 1-0 loss to New York City FC, and the expansion side’s overall showing in its latest defeat was clearly not good enough. There were plenty of areas that needed improvement on the day, including the ability to keep the ball for longer stretches in order to generate more scoring chances.

While a chunk of that responsibility usually falls on the shoulders of the center midfielders, Trapp and Ulloa were seemingly asked not to participate much in Inter Miami’s build-up play vs. NYCFC. In fact, Inter Miami played out wide or bypassed the first midfield line with balls over top early and often.

Head coach Diego Alonso’s apparent tactic against a NYCFC team that boasts a strong, possession-oriented midfield is part of why Trapp and Ulloa saw so little of the ball on Monday. Trapp (No. 6) finished with 23 touches, the fewest of any Inter Miami starter, in 68 minutes. Ulloa (No. 13) ended with 28, third fewest, in 79. 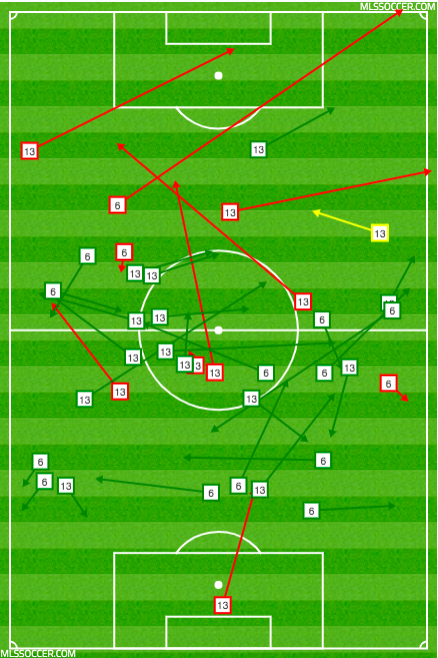 Whether it was good strategy for Inter Miami to play around the central midfielders in order to avoid potential turnovers in costly spots against a talented NYCFC side is certainly up for debate. It also fair to question whether Trapp and Ulloa both deserve to be every-game starters at this point.

Still, their ineffective performances in this one were likely more a direct result of the game plan than anything else.

Inter Miami may have wanted to avoid playing centrally, but the game was screaming for the team to make a more attack-minded substitute in the middle of the park. If not at halftime, then certainly early in the second half.

Alonso, however, did not make any changes until after NYCFC scored. He was reactive instead of proactive with the use of his substitutions, which hurt Inter Miami. The team had to find a goal in order to have a chance at staying alive in the competition, and needed to take risks to get one. Nothing that was transpiring on the field indicated that an Inter Miami goal was coming.

Alonso’s reluctance to gamble and choice to play it safe did not work out. Inter Miami continued to struggle to keep the ball, and eventually all that NYCFC possession resulted in a goal against. Then the subs came, but by then the hole was bigger and it was too little too late.

Bounce-Back Showing Positions Nealis as No. 1 Right Back

As was mentioned in this space after the last game, Inter Miami has shuffled things at right back a good bit thus far. The team should not any longer.

Dylan Nealis had a bounce-back performance and showed why he should be the No. 1 option on the right side of the defense from this point on. Nealis was fairly solid with his defending, and got forward well to try to combine with flank partner Lewis Morgan. What’s more, he hit a quality cross from deep 10 minutes in that lead to one of Inter Miami’s only chances on the day. 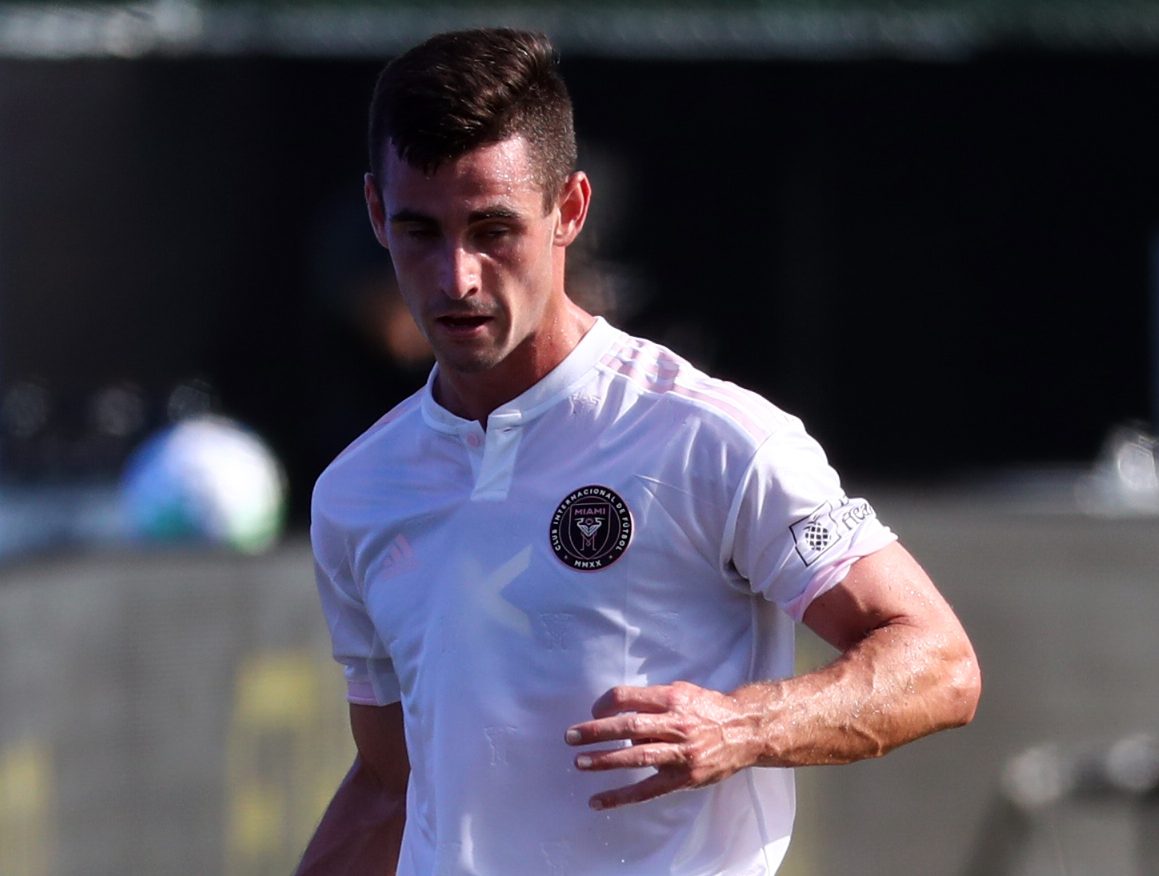 There is no denying that Nealis had a poor final 20 minutes against Nani in the opener vs. Orlando City, but it is not a crime for a rookie playing in just his second professional game to experience growing pains, especially when facing one of the premier attackers in MLS.

Alonso’s decision to drop Nealis from the lineup in the second match and slide usual central defender Nicolas Figal to right back may have given Inter Miami a more technical and talented player out wide, but Figal did not seem all that comfortable and overall the move seemed a bit harsh to Nealis given that he held up well in the first 70 minutes vs. the Lions.

Luis Robles (6) — More like his usual self, though his distribution was a little shaky. Came up with one big stop on Keaton Parks to keep Inter Miami in the game.

Dylan Nealis (5.5) — Was beaten inside once, but overall held up in defense and got forward often. His sublime cross set up Inter Miami’s early look.

Roman Torres (6.5) — A rock at the back. The Panamanian thwarted a number of NYCFC attacks, including on a breakaway that he stopped with a perfectly-timed slide tackle.

Nicolas Figal (6) — Returning to his centerback spot, Figal was solid with his marking and passing. Also pulled off a couple of penetrating dribbling runs, and had a header saved in the first half.

Mikey Ambrose (5) — Did a good job defensively in 67 of the 68 minutes he was on the field, but that one slip-up in which he failed to recognize where his line was proved extremely costly.

Victor Ulloa (4) — May have been by design, but a total of 28 touches in 79 minutes sums up his quiet and largely ineffective showing in the middle of the park.

Wil Trapp (4) — Inter Miami’s apparent desire to play around the middle lead to a practically nonexistent showing. Had the fewest touches of any Inter Miami starter with 23 in 68 minutes.

Lewis Morgan (4.5) — Not close to the level he displayed last time out, as he lost the ball often. His set-piece delivery was still good. though.

Rodolfo Pizarro (5) — Tried to play forward and make things happen, but he just did not have it on the day due to frustration, the heat, or a combo of both.

Matias Pellegrini (4) — Another ineffective display down the left side. His spot as a regular starter should be in question at this point.

Juan Agudelo (4.5) — Was starved of service, but had one good header early that was saved. A clumsy run late earned him a needless ejection.

Lee Nguyen (5) — Had one bad giveaway after coming on, but moved the ball with his usual precision aside from that. Hit a well-weighted pass to Pizarro in the final third on one play that almost led to an opportunity.

Jay Chapman (5.5) — A quiet but solid showing off the bench in which he moved the ball from side to side very accurately.

Ben Sweat (5.5) — Came in and defended well against his former club, avoiding the types of mistakes he had made in recent outings.

Julian Carranza (4.5) — Like Agudelo, he did not see much of the ball. Finished with seven uneventful touches.

Alvas Powell (5) — Made his first appearance since Week 1 and was energetic, getting up the wing to provide width but supplying little else.

Diego Alonso (4.5) — His apparent tactic of play around the midfield lead to very few chances being created and he waited too long to make attack-minded subs, doing so only after NYCFC had scored.