Who should be Inter Miami’s starting left midfielder? 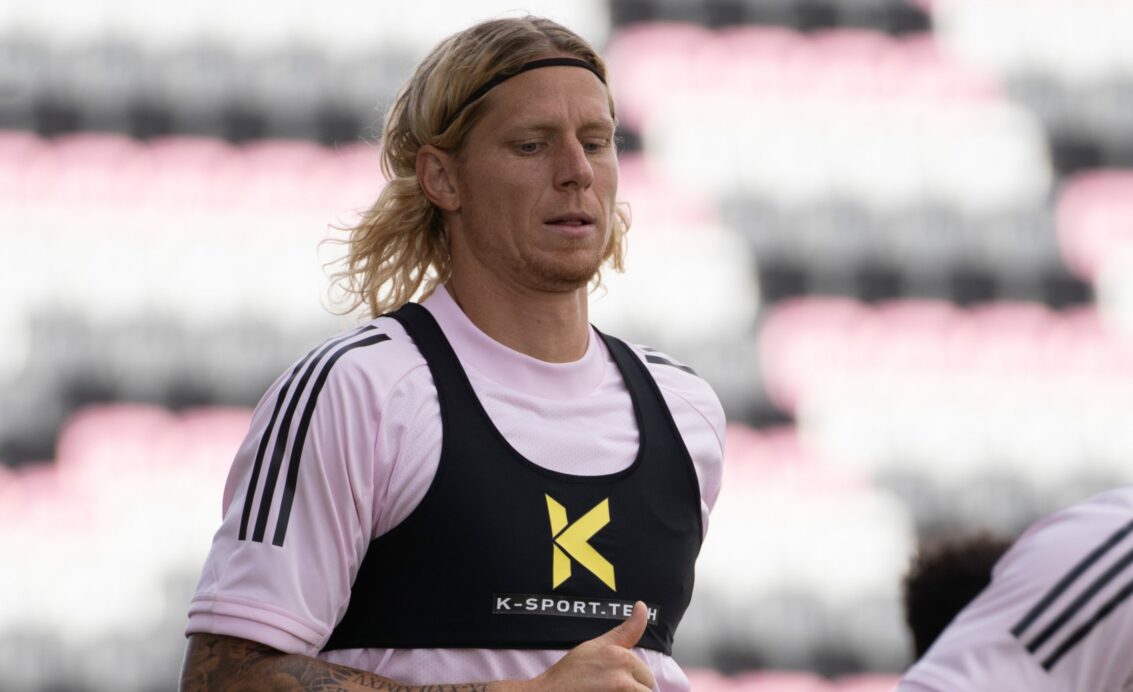 Inter Miami head coach Diego Alonso said this past weekend that his back line has been established. Combine that with the names he trots out regularly at other positions and the expected signing of a proven goal-scoring striker and you can practically list the team’s starting lineup from memory.

There is one position, however, that remains largely in flux.

Inter Miami finished Phase 1 of the resumption of the MLS regular season this past Saturday with a 2-2-2 record. There was improved collective play from the expansion side during those six matches, but one question that remains going into the next stretch of games is just who should start at left midfield.

Promising prospect Matias Pellegrini began the year as the go-to choice at that position, but a string of subpar performances have opened the door for veteran players like Juan Agudelo and Brek Shea to get looks there. No one has made the position theirs just yet, though, so the battle to win that spot will likely continue on in the weeks to come.

The veteran attacker has started two of the last three games at the position despite not being a natural winger or wide player. He showed some good things in the scoreless home draw vs. Nashville SC on Sept. 6, helping to create some of the team’s best chances on the day while simultaneously providing a glimpse of what he may be able to bring on the flank.

Agudelo, 27, does not boast the speed or verticality that the other candidates have nor is he much of a crosser, but his technical skills, innate desire to combine, and overall different attacking ideas make him an interesting option. What’s more is that Agudelo can tuck inside to help create mismatches centrally and is probably the biggest scoring threat in this bunch.

The versatile vet that has started twice in the last four matches is the most experienced of this group playing at left mid after starting his career, and thriving, in that spot. Sure, the 30-year-old Shea does not have the wheels he once had and his end product can be hit or miss. However, he demonstrated with his goal-scoring substitute cameo in this past weekend’s 2-1 loss to Orlando City that he can provide the dosage of crosses that Alonso wants from his wingers.

Shea also brings plenty of defensive qualities and a good work rate to the wing. He admittedly is still working his way back to 100 percent after last year’s knee injury — which is why serving as a super sub might be best for him right now — but his role only figures to grow. Especially if he regains the confidence to go at defenders on the dribble on a more consistent basis.

The Young Designated Player has seen his minutes reduce greatly over the past month. Pellegrini, 20, has gone from regular starter to occasional late-game substitute, but still has not managed to look all that impressive aside from in the historic 3-2 win vs. Orlando City on Aug. 22 in which he was moved into a more central role.

Alonso talked recently about Pellegrini’s age and the inconsistencies that most youngsters experience, which is probably why the coach has given him just 12 minute in two games this month. It could also be that the Argentine’s struggles are related, at least in part, to things off the field, including adapting to a new life outside of his native land and away from his family.

That said, he has not physically looked up to par at times and has also occasionally lacked intensity. His growing frustration was evident this past weekend when he flubbed a cross shortly after coming on.

Pellegrini is quick and he has shown in flashes that he can make an impact on the dribble or in combination play, but he needs to do that more consistently if he is going to both show fans why the team paid such a hefty sum for him and win back Alonso’s confidence.

An outside-the-box option that Alonso might want to consider is deploying the rookie out on the left. Robinson has played strictly as a striker to date, but his energy and verticality could warrant giving him a look out wide to see how he fares.

Robinson’s first touch under tighter marking in central areas has continued to give him trouble, but he would have more space to operate in on the wing. Moving outside would also allow him to play less with his back to goal and be more forward-facing, which seems to be a bigger strength in his game.

He may not be a natural winger and it is unclear how good his service is, but this could be an experiment that is worth doing.