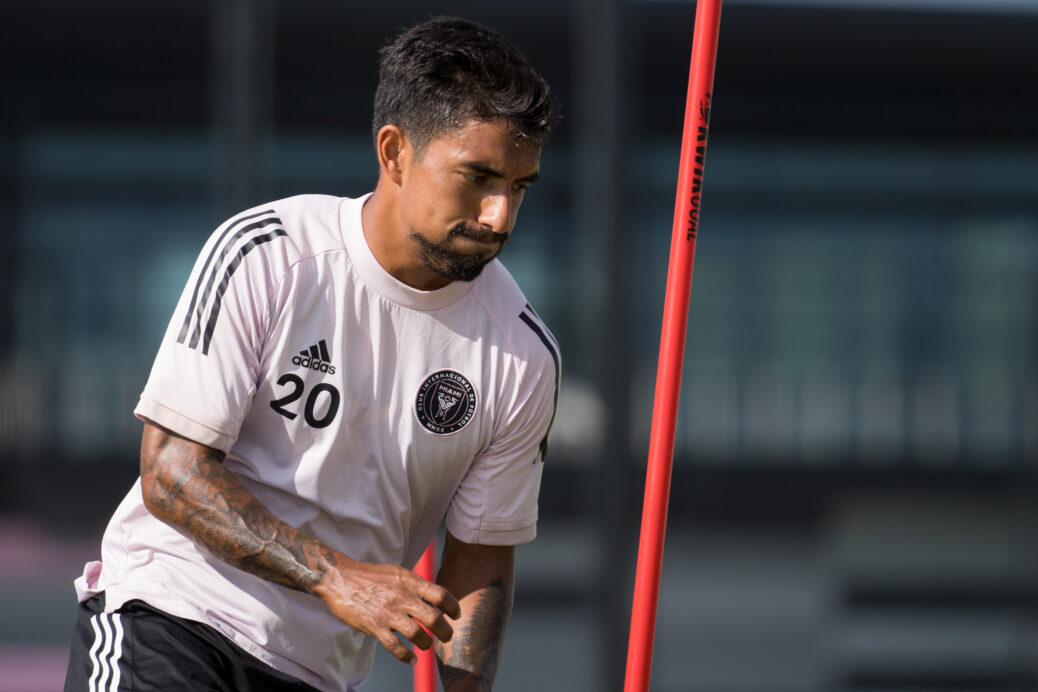 Inter Miami will be fighting for its playoff life on Sunday, and the expansion team will do so with a weakened back line that is going to be down three regular starters.

Leandro Gonzalez Pirez, Nicolas Figal, and Andres Reyes are all set to miss out on Inter Miami’s match away to Toronto FC this weekend due to varying reasons. Gonzalez Pirez and Reyes are suspended for the Eastern Conference tilt due to yellow card accumulation while Figal is an injury scratch.

Their absences means Inter Miami head coach Diego Alonso will have to get creative with how he goes about fielding his defense, especially at centerback given that there will be a new, unproven pairing that has never before played together.

“We face this with positivity,” said Alonso in Spanish on Friday afternoon. “A similar situation like this happened previously to us in a game vs. the (New York) Red Bulls, and we gave confidence to other players and they did a very good job. This will be a similar case.”

While it is true that Inter Miami had a similar issue that the team overcame in a 2-1 road win over the Red Bulls earlier this month, the difference then was that the squad was down only two starting defenders in Gonzalez Pirez and Reyes, in addition to goalkeeper Luis Robles, vs. a side that was in the middle of the pack in the east. This time, Inter Miami will have to find a way to replace three members of the back line against one of Major League Soccer’s best sides and a team still competing for the Supporters’ Shield.

It is likely that Alonso turns to A.J. DeLaGarza in the middle of the defense given the dearth of options and the versatile veteran’s previous experiences there. DeLaGarza could be paired with youngster Christian Makoun, who started centrally vs. the Red Bulls, while rookie Dylan Nealis slots in on the right of a four-man back line. Another possibility is to have left back Ben Sweat play centrally, and use one of Brek Shea of Mikey Ambrose out wide. There is also the scenario of going with five at the back.

Regardless of what Alonso decides, the challenge is a significant one.

“This is our assignment and we have to get the most out of each player and be positive because we are fighting for the playoffs,” said Alonso. “We are still in the fight after a difficult, difficult year, and being there with two games left is very positive. Hopefully we can do it well and be in the playoffs at the end of the season.”

In addition to talking about having to field a depleted back line, the Uruguayan manager confirmed SBI’s report from Friday morning that Figal will miss time with a muscular injury sustained in Wednesday’s 2-1 defeat to FC Dallas. Figal is going to be sidelined up to a month, per sources, meaning his season will be over unless Inter Miami makes a playoff run.

“We will be out with Nicolas Figal for several weeks, surely,” said Alonso. “We are not sure exactly how long he will be out, but he will not be available for the next game. It is a significant loss, but we knew after the last game that it would be difficult for him to play again in four days. It is a loss for this match, but we are confident that we can replace him well and have a good game defensively.”

Inter Miami needs that and more in order to have a shot at pulling off the upset that would boost the team’s chances of reaching the postseason. The task will be far from easy, but Inter Miami is up for it.

“I think it’s about doing what we know how to do,” said Alonso. “It’s about fielding a team that is well positioned and that can press strongly from the mid-block and to try to be the protagonist against one of the best teams in the league.”