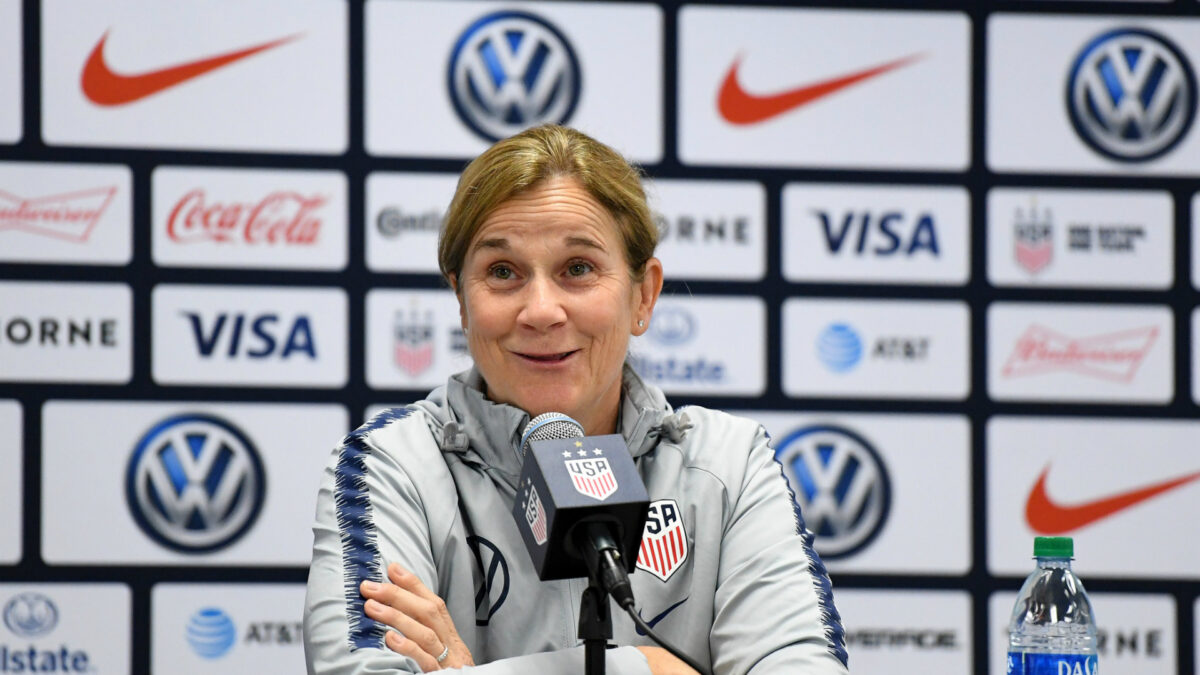 D.C. United has said goodbye to longtime head coach Ben Olsen, and some familiar names are emerging as potential replacements.

Former U.S. Women’s National Team head coach Jill Ellis, current U.S. Under-23 Men’s head coach Jason Kreis, and former Schalke and Huddersfield Town manager David Wagner have all been linked to the vacancy, The Athletic reported on Monday. In addition, former D.C. United star John Harkes has also been linked to the opening, according to the report.

Ellis has been without a job since 2019 after stepping down as USWNT head coach. She is from the D.C. area and also led Robinson Secondary School to a Virginia High School League state championship in 1984 as a player before moving on to William & Mary.

She posted a career record of 106-7-19 during her time with the USWNT, winning back-to-back FIFA Women’s World Cup titles. The 54-year-old has since transitioned to working with the U.S. Soccer Federation as an ambassador for promoting the advancement of women in soccer coaching roles.

Wagner was released as manager of Schalke in late September after a poor start to the 2020-21 Bundesliga season. He took over at Schalke in July 2019 and was lucky to make it this far as manager after a poor end to last season. Schalke missed out on European qualification after winning only one league match in 2020 and two matches overall in all competitions.He won eight caps for the USMNT as a player, and also served as manager of Huddersfield Town from 2015-19 and head coach of Borussia Dortmund II from 2011-15. Wagner worked with both Christian Pulisic and Weston McKennie during his time as a domestic head coach.

Kreis took over as head coach of the U.S. Under-23’s in 2019, but has only coached in five matches to date due to the COVID-19 pandemic. After playing 11 years in MLS with the Dallas Burn (later FC Dallas) and Real Salt Lake, Kreis went into coaching at the club level.

He served as head coach of RSL for six years before eventually moving on to jobs at both Orlando City and NYCFC. Kreis is also the head coach of Inter Miami’s USL affiliate, Fort Lauderdale CF along with being in charge of the U.S. Under-23’s.

D.C. United released Olsen last week after 10 years with the club as a coach and 12 as a player. The 43-year-old struggled with the Black and Red this season, winning only two of his 17 matches in charge in 2020.

Assistant coach Chad Ashton was named interim head coach following Olsen’s firing, but saw his team lose 2-1 at the Chicago Fire on Sunday in its first match without Olsen.

The club next faces the red hot Philadelphia Union at Audi Field on Sept. 2nd, looking to at least end this regular season on a high note for 2021.