Who will be Inter Miami’s new captain? 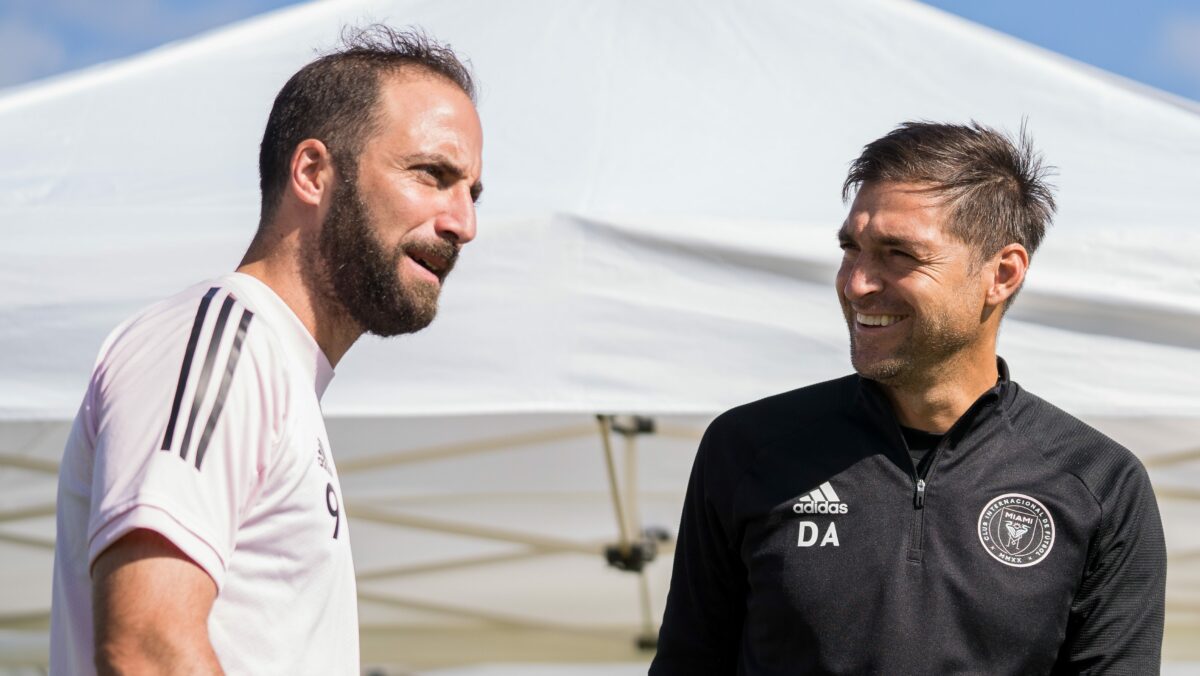 A new Inter Miami captain will take the field on Wednesday night, but just who it is remains a mystery.

Inter Miami is set to give the armband to a player for the second time in the franchise’s short history in Wednesday’s road game vs. the New York Red Bulls. The expansion side’s season-long captain, Luis Robles, suffered a broken arm over the weekend, and his role will have to be filled for the foreseeable future.

Head coach Diego Alonso said Tuesday that he has already internally named Inter Miami’s next captain, but did not want to reveal who it was publicly just yet. Alonso, of course, had a few options to choose from in the squad, though far from a plethora of potential candidates given the number of players that will be absent from Wednesday’s encounter.

So just who might wear the armband next for Inter Miami? Here is a closer look at the candidates for the South Florida side’s captaincy:

The star striker may only be two games into his time with the expansion team, but his credentials as someone who has played at the highest level at both the club and international levels speak for themselves. In addition to his experience, Higuain is talented, vocal, passionate, and will command respect from head referees. He also seems like one of few players on the squad capable of putting the team on his shoulders when needed.

What’s more, the Argentine has already shown an ability to help lead some of the younger players. He grabbed Lewis Morgan in the midst of the winger’s second goal celebration this past weekend to give him encouragement and instruction, something that Alonso surely took notice of.

The only other real top candidate is the World Cup-winning Frenchman. Matuidi, like Higuain, has competed at the highest levels for club and country, and what strengthens the central midfielder’s case even more is that he has been with Inter Miami a bit longer than the center forward.

Another plus is that he seems to be the very definition of a team-first player as well as someone who can help lead by example with the type of tireless work rate on both sides of the ball that can become infectious to teammates. No, Matuidi is not as outpsoken as Higuain, but the two-way veteran has shown a bit more fiestiness and personality in recent games.

If he were not suspended for this one due to yellow card accumulation, the Argentine centerback would be a real possibility. Gonzalez Pirez not only boasts experience overall, but knows MLS better than the rest of the candidates listed and is a vocal leader at the back.

He also turns in steady performances, speaks English and Spanish, has a commanding presence, is one of the team’s more vocal players on the field, and seems capable of inspiring those around him. He will not be the captain vs. the Red Bulls and, yes, there are questions about his temperament, but do not be surprised if he wears the armband at some point in the future.

Call him the dark horse of this bunch. It is very unlikely that the versatile defender gets the armband, but Figal could be in the conversation given his importance to the squad, overall experience, reliability, and even-keel demeanor.