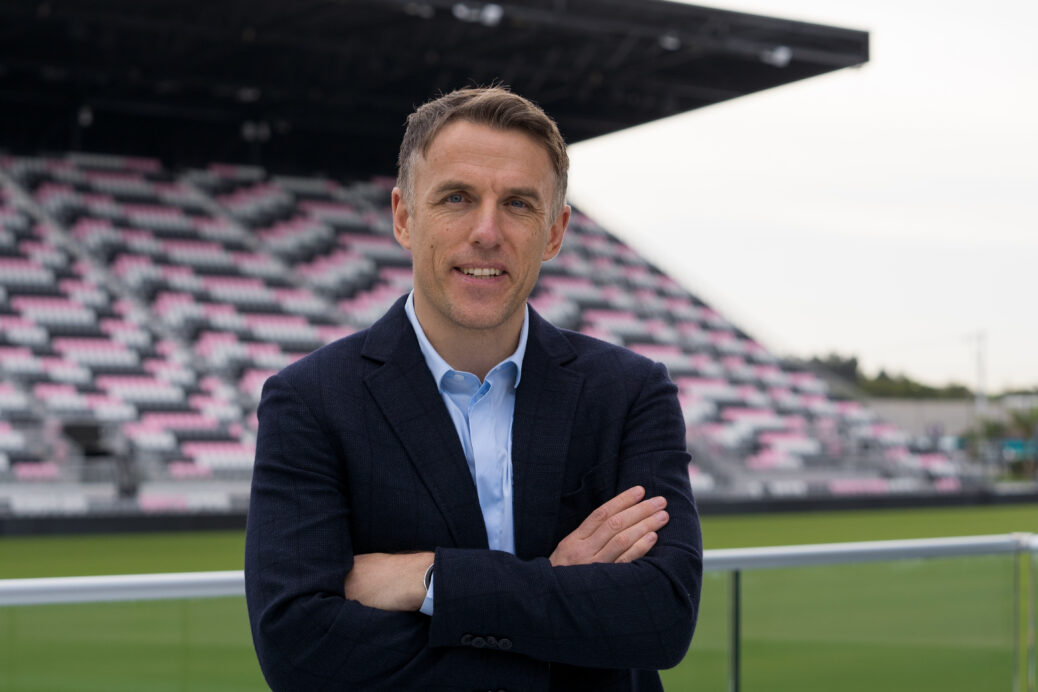 The Miami makeover is officially underway.

Inter Miami announced on Monday morning that it has named Phil Neville and Chris Henderson to leadership positions. Neville will be the head coach of the team and will work under Henderson, who — as SBI first reported last week — has been named the new sporting director and chief soccer officer.

“I am very happy with the leadership group we have established to lead the team as we turn the page following our inaugural season,” said Inter Miami co-owner David Beckham in a prepared statement, “and look forward to having Chris and Phil join us soon.”

Neville, 43, becomes the Herons’ second head coach in as many seasons after leaving his managerial post with England’s women’s national team earlier on Monday. Inter Miami mutually agreed to part ways with former manager Diego Alonso a couple of weeks ago, and Neville will be tasked with improving a team that finished 7-13-3 last year.

The move marks the first time Neville, a former teammate of Beckham and current business partner, is the head coach of a club.

“I have known Phil since we were both teenagers at the Manchester United Academy,” said Beckham. “We share a footballing DNA having been trained by some of the best leaders in the game, and it’s those values that I have always wanted running through our club.”

In addition to his managerial role with England’s women’s national team, Neville has previously been an assistant coach with Manchester United, Valencia, and the England under-21 men’s national team. His full coaching staff at Inter Miami will be announced at a later date.

“I am incredibly delighted for this opportunity to coach Inter Miami and to work with Chris and the entire ownership group,” said Neville in the team’s official press release. “This is a very young club with a lot of promise and upside, and I am committed to challenging myself, my players and everyone around me to grow and build a competitive soccer culture we can all be proud of.

“This fantastic soccer-loving market deserves consistent performances and a winning mentality, and I look forward to getting to work.”

Henderson, 50, becomes Inter Miami’s sporting director and chief soccer officer after spending the last 13 years in a similar role with the Seattle Sounders. He helped lead that team to various titles, including two MLS Cups in 2016 and 2019, and previously spent one season with the now-defunct Miami Fusion during his playing career.

He will manage all levels of the sporting side at Inter Miami, from the first team to the youth sides.

Welcome, Chris Henderson!#InterMiamiCF has appointed @19Hendy19 as Chief Soccer Officer (CSO) and Sporting Director to lead the strategic vision for the Club.https://t.co/uwD4BhiEwt

“This is an incredible opportunity for me to take the next step in my career, return back to South Florida and solidify my mark on this league,” said Henderson in a team-issued statement. “I have always believed in the Inter Miami project and the club’s ability to become a powerhouse not only in MLS but across the global soccer industry.

“My goal is to work with the technical staff to ensure we have a roster that fits the style of soccer we want while maintaining a healthy pipeline of youth, league wide and international players who could contribute to the team’s success on and off the field. I’m looking forward to joining Inter Miami’s journey and reconnecting with the fanbase in South Florida.”

Henderson had previously been a finalist for Inter Miami’s sporting director position, but lost out to Paul McDonough in summer 2018 prior to the team’s expansion season last year.

“Chris brings a successful and winning MLS track record and we couldn’t be happier to bring him on board along with our new head coach, Phil Neville,” said Inter Miami owner Jorge Mas in the same statement. “The fabric of our club is unique, it reflects the passion of our community. We as owners are committed to giving Phil and Chris the tools they need to develop a sustainable winning soccer culture that delivers consistent performance on the field.

“As we enter the 2021 season, Phil and Chris are an integral part of the vision that drives us.”