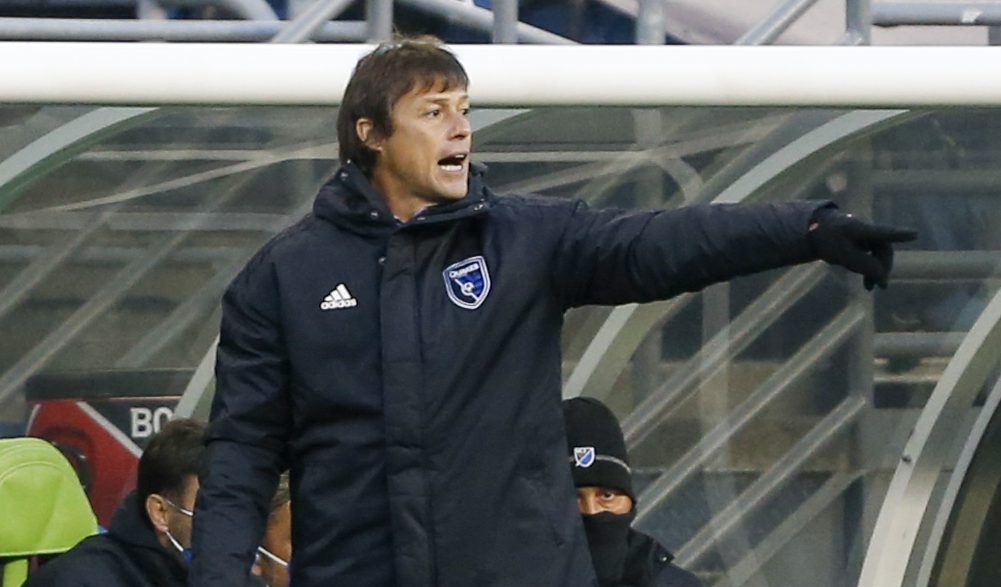 Matias Almeyda may currently be under contract with the San Jose Earthquakes, but rumors linking him to another job have popped up again.

ESPN Chile has reported that Chile’s men’s national team has identified Almeyda as a candidate for its vacant head coach position. Reinaldo Rueldo recently filled that post, but he stepped down earlier this month to take over the men’s national team of his native Colombia.

The Earthquakes are no strangers to have their current head coach linked with other teams. Almeyda was reportedly drawing interest from Monterrey and Cruz Azul earlier this winter as well as Brazilian side Palmeiras, but nothing came of that.

The 47-year-old Argentine manager has been in charge of the Earthquakes since 2019. Last season, he compiled an 8-9-6 record that was good enough to reach the playoffs as the eighth-placed Western Conference team. The Earthquakes were eliminated in the first round of the postseason by Sporting Kansas City.

Inter Miami announced on Thursday that it has re-signed veteran playmaker Federico Higuain for the 2021 season. The move comes two days after the Herons added a pair of Homegrown Players and one day after the team inked a goalkeeper from its USL side to an MLS deal.

“It is great to have Federico back,” said Inter Miami sporting director Chris Henderson in a prepared statement. “He is a valuable asset to the team not only because of what he can contribute to on the field, but also for what he brings to the locker room, which is experience, a positive attitude and professionalism to the group.”

The 36-year-old Higuain, who rejoins his brother Gonzalo on Inter Miami’s squad, made four appearances for the South Florida side in 2020. The team’s roster currently stands at 23 players.

After more than a decade, Perry Kitchen will play for Caleb Porter again and this time it will be in the professional game.

The Columbus Crew announced on Thursday that they have signed Kitchen as a free agent. The central midfielder joins the Crew after most recently playing for the LA Galaxy, and the move reunites him with Porter after the two previously worked together at Akron back in 2010.

“Perry is a seasoned player whose addition to our roster will help bolster our midfield,” said Crew general manager Tim Bezbatchenko in a team-issued statement. “Along with bringing a decade of professional experience and leadership in MLS and abroad, Perry will provide another important veteran voice to our locker room. We believe that his qualities as a player on and off the field will allow him to fit right in at our club.”

Kitchen, 28, made 19 starts in 21 appearances for the Galaxy last season.

It was announced on Thursday that Minnesota United has acquired Jukka Raitala via a trade with CF Montreal. In exchange for Raitala, Minnesota United gave up the rights of 2020 MLS Draft pick Andrew Booth.

The 32-year-old Finnish left back has subsequently signed a new deal with the Loons and will take up an international spot on their roster.

“We are adding an incredibly valuable player,” said Minnesota United head coach Adrian Heath in a written statement. “Jukka is someone who understands our league and has some impressive national team experience with Finland – where he is of course teammates at the national level with Robin Lod. We know what to expect from him from day one here in Minnesota.”

David Accam will not be playing for Nashville SC nor in MLS in 2021.

Nashville SC announced on Thursday that it has sent Accam to Swedish first division team Hammarby on a 12-month loan. The deal for the 30-year-old winger comes with an option to transfer.

Accam made just seven appearances for Nashville SC during its expansion season in 2020, starting twice and scoring one goal.