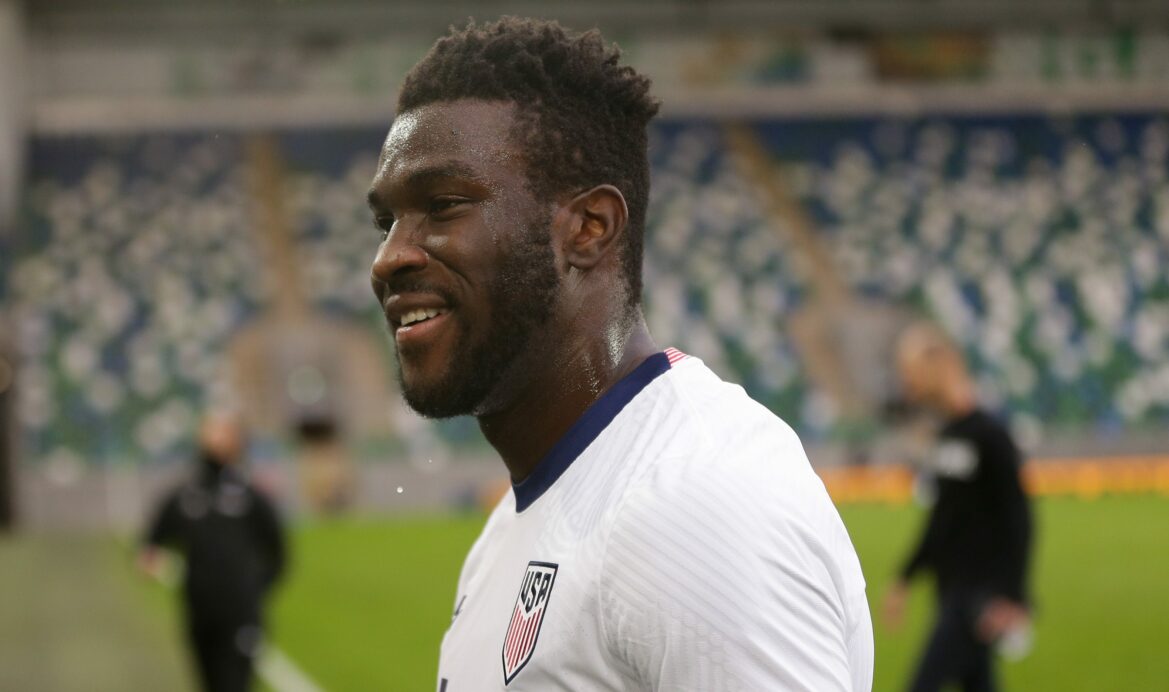 The hope for any U.S. Men’s National Team head coach is that his substitutes can enter the game and quickly influence proceedings.

Daryl Dike did just that on Sunday — even if his finishing was not at its best.

The USMNT came out victorious in its final March friendly over the weekend with a 2-1 triumph vs. Northern Ireland, and Dike made his second international appearance in the friendly. The 20-year-old striker entered the match at Windsor Park in Belfast in the 63rd minute, and quickly got involved with a few good looks on goal that could have marked his first USMNT tally.

“Daryl is another guy that I felt had a big impact on the game with his strength (and) with his movement behind the line, which I think has improved,” said Berhalter. “The only thing I would be slightly critical of is that he did not finish the chances that he had because normally he needs to score a goal with the chances that he got.

“But overall I am pleased with the Daryl that I saw today and in camp.”

While Dike did not put any of his opportunities away, he was a threat in the final third. The young striker’s first look came in the 78th minute when he held off a defender and powerfully dribbled towards goal before taking a shot that was just saved by the left foot of Northern Ireland goalkeeper Conor Hazard.

The American center forward was denied again by Hazard shortly thereafter on another opportunity at the near post, and Dike also just missed the frame with a flicked header in the final minutes.

The end product was not there for the Orlando City player that is currently on loan at Barnsley in England’s second division, but Dike still proved a handful during his 27-minute cameo.

“He is a strong, strong player,” said USMNT captain Christian Pulisic, who set up Dike’s first chance. “He has got a lot of strength and speed as you guys see. He has a knack for goal and I think he created some good stuff today. … We definitely have some good options up front.”

For Berhalter, the American striker pool is probably looking deeper right now than it has in quite a while and just in time for the more important matches that are on the horizon.

Not only is Dike an option given his recent strong form at Barnsley — which has seen him score five times in the club’s last nine games — but so too are fellow European-based exports Josh Sargent, Jordan Siebatcheu, and Nicholas Gioacchini. In MLS, Jozy Altidore, Gyasi Zardes, and Ayo Akinola are also likely still in the mix.

Dike will have to continue to play well and score goals in the coming months to ensure he remains involved with the USMNT in the short term. If he does, then Berhalter will have some tough choices to make up top. Not that that is a bad problem to have.