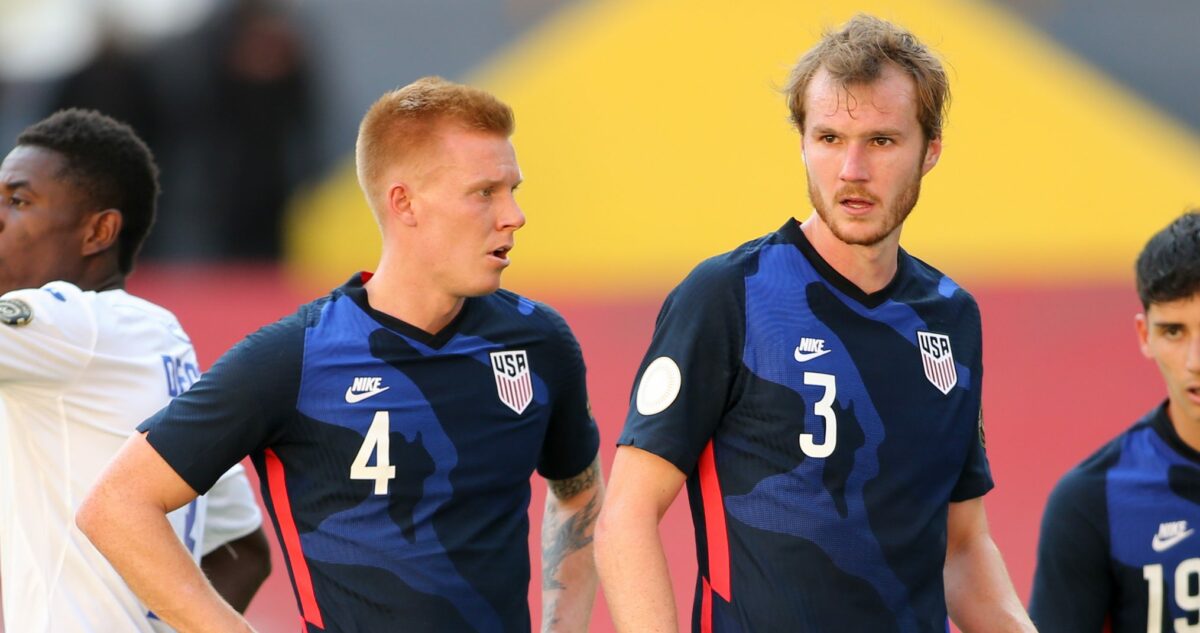 The U-23 USMNT saw a golden chance to return to the Summer Games slip through its fingers, as a 2-1 semifinal loss to Honduras in Concacaf Olympic Qualifying eliminated the Americans on Sunday. Jason Kreis’ side fell behind by a 2-0 mark before trying to mount a comeback, but ultimately never found an equalizer en route to seeing its 13-year Olympic absence extend further.

“Obviously we are devastated, absolutely devastated in the locker room” said U-23 USMNT head coach Jason Kreis. “It is like a tragedy, a tragedy. I think we all wanted this so badly for so many different reasons and it could be that sometimes when you want it too bad you put yourself in a position where you cannot perform to the level needed.

“At the end of the day, I just do not think we had enough.”

As had been the cases throughout much of the tournament in Mexico, the Americans left a lot to be desired in the decisive fixture. They were not able to generate much in the final third until they fell into that 2-0 hole, and even then the only goal they scored against los catrachos was a sensational strike from distance from midfielder Jackson Yueill.

The end product was not good enough and neither was the overall performance.

“I think it just comes down to general sharpness of players,” said Kreis. “I do not know that I have ever seen a game where we have had players mis-control the ball so much, balls rolling under people’s feet, passing out of bounds. These are things that really you just kind of scratch your head and you are thinking, ‘What is going on here?’

“But I also have been around the game enough in our country at a pro level to tell you this is what you see at preseasons and at the beginning of MLS seasons. It is typical.”

Whether Sunday’s disastrous result at Estadio Jalisco in Guadalajara, Mexico, was simply down to players having rust or a combination of that and the pressure getting to the players is not entirely clear. Kreis stated, however, that he thought the weight of the moment may have affected his side.

“We have players that are not moving, we have people on the ball that are not committing defenders to make decisions to open up spaces, we have guys that look like they just do not really want the ball,” said Kreis. “It kind of just goes back to mostly mentality for me. That is my opinion right now and I could have it wrong but at the end of the day it just was not quite there from a confidence point of view.”

Exhibit A of that may just have been the winning goal, which came in the 47th minute off a gaffe from goalkeeper David Ochoa. Under duress inside his penalty area, Ochoa tried playing a short pass forward that was cut off by Honduras attacker Luis Palma and knocked into the back of the net.

While the finger can be pointed at Ochoa for that costly gaffe, the Americans as a whole did not perform up to expectations from the run of play over the course of their four qualifiers. Questions will be asked as to whether having the team adopt a near-identical style of play as the full USMNT was a good choice all things considered.

Nonetheless, Kreis took his share of the blame for the disappointment that will extend the Americans’ Olympic absence to at least 16 years.

“Having said that, it is a collective effort. It was not just me making those decisions, but I am more than willing and able to take the brunt of the blame.”