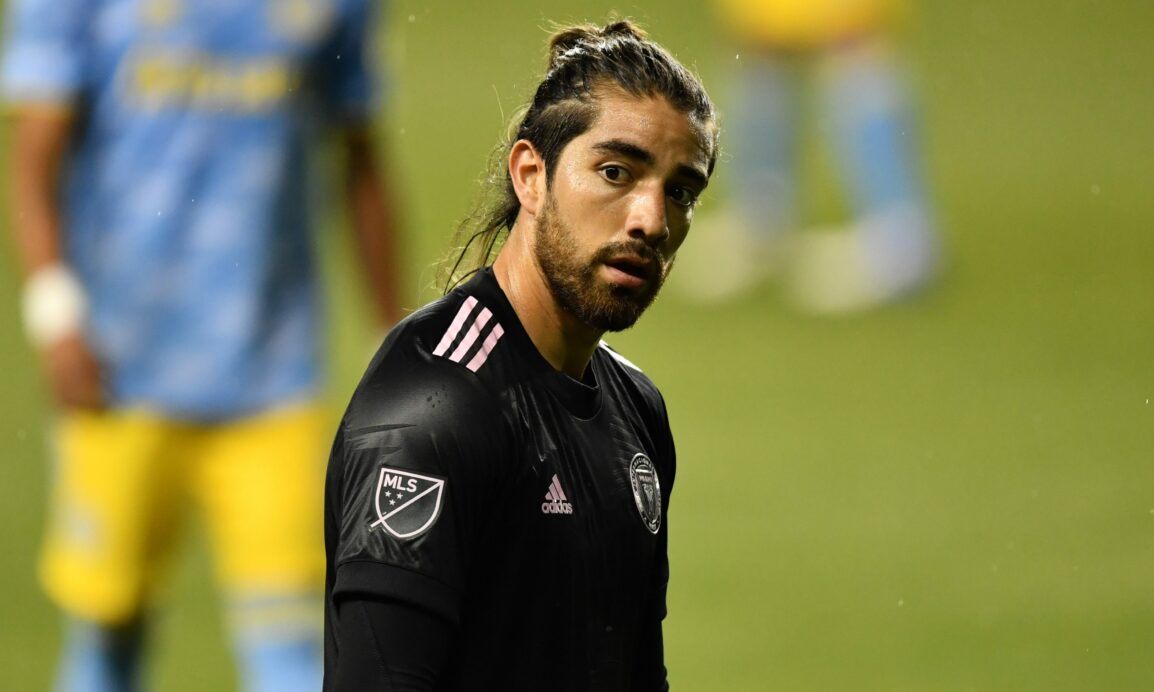 It looks like Inter Miami will be shorthanded vs. Nashville SC this weekend, and not just because the Higuain brothers may miss the match.

Inter Miami is heading into its third game of the 2021 MLS season, but is doing so with a roster that is somewhat depleted. Gonzalo and Federico Higuain are question marks for Sunday’s showdown away to Nashville SC — though sources told SBI on Wednesday that the brothers will miss the fixture after flying to be with family following the recent death of their mother — and another player who might not be available for the encounter is Rodolfo Pizarro.

The attacking midfielder was not seen at training on Thursday morning, and head coach Phil Neville said afterwards in a videoconference that Pizarro’s status for the Matchday 3 encounter is uncertain.

“Pizarro is in Mexico getting his green card,” said Neville. “He is a major doubt whether he is going to be back in time because the process is so long.”

As for the Higuain brothers, Neville did not completely rule them out. The Herons manager confirmed the veteran attackers have departed camp to be with their loved ones, but left open the possibility that the Higuains return in time for Sunday’s tilt.

“I told them to come back when they were ready to play football. That their family was more important,” said Neville. “At this moment in time, we do not know if the Higuains are going to be here for Sunday. When they left, Gonzalo and Fede both said that their mom’s dying wish was (for) them to come back and play.

“Ultimately, the strength of a mother in a household is really powerful but what I said to them was, ‘Go back and see your family, spend time with your family, and make sure that you give them everything that you can and football is secondary.”

Two other players that might not dress on the weekend are fellow attackers Robbie Robinson and Julian Carranza.

Robinson was seen taking part in training on Thursday during the portion that was open to media, but Neville said the starting left winger is doubtful for the upcoming game after injuring his hamstring at the end of the first half in this past weekend’s win over the Philadelphia Union.

“Today was just an introductory getting him back,” said Neville. “He has been off the training ground for four days since the weekend, and he still felt his hamstring. We are not going to take any risks with someone that relies so much on speed. I think that is something we thought about today.

“We are gradually working him back up to full fitness. We hope he is going to get there sooner rather than later. At most probably going to be on the bench, at most, but I am not willing to take a risk unless he is 110 percent fit.”

As for Carranza, Neville stated the the center forward has been dealing with an illness since right after the clash with the Union. The Herons coach added that Carranza was not dealing with anything COVID-related, but that the Argentine’s availability was in question.

“He has had a virus, not COVID-related, all week,” said Neville. “Ultimately, when you miss four or five days of training, you lose a little bit of your strength and fitness and power and rhythm. It is going to be highly unlikely that he is going to be available for Nashville because we have got to think of the long term. ”

NEVILLE NOT PLANNING TO CHANGE STYLE OF PLAY

With so many potential changes to the lineup this weekend, you probably could not blame Neville if he opted to be a bit more conservative with his game plan. The Inter Miami boss said, however, that he plans to stick to his regular approach regardless of however many absences the team has on Sunday.

“The style of play will be non-negotiable,” said Neville. “We are going to play the style of play that we have played with since I came in, and we have just got to make sure we find our rhythm and the quality and the confidence that we showed in Philadelphia and against the LA Galaxy.”

“Now is our opportunity to show the quality and strength of the squad, to give players opportunities that have been champing at the bit,” added Neville. “I have got to say Victor Ulloa has been incredible in training, so too has Jay Chapman. Edizon Azcona has been someone that I think is ready to play in an MLS game.”