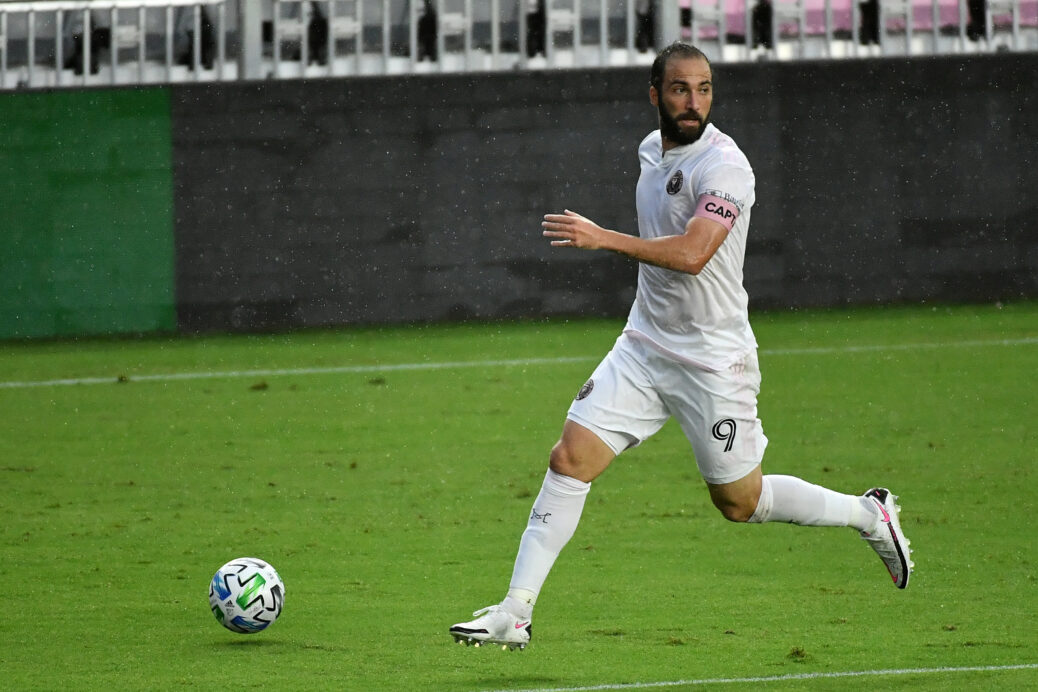 FORT LAUDERDALE, Fla. — Inter Miami’s 2021 preseason preparations are over and done with, but the team is still admittedly working on getting to its top level physically.

Inter Miami wrapped up preseason on Sunday afternoon with an intrasquad scrimmage at Drv Pnk Stadium. The presumed starters that made up Heron White beat the projected reserves on La Palma, 3-1, thanks to goals from Robbie Robinson, Rodolfo Pizarro, and Kelvin Leerdam. The losing side’s lone goal came from Edison Azcona.

For head coach Phil Neville, there were a few good moments in terms of the style of play in the exhibition. Still, the tune-up was mostly about getting players a good run out and getting their legs under them ahead of the start of the MLS season next week.

“Today for me was more about the physical side rather than what I saw from a technical point of view,” said Neville. “It was an in-house game. I wanted them to get 90 minutes under their belt. It is no secret we have had pretty bad luck with games being canceled, so I wanted to get 90 minutes in their legs.

“That was the main focus from today because I do not want to get into the game next week and be short physically, knowing full well that it is the start of the season.”

The opener came off a Robinson header at the back post following a cross from the right from Lewis Morgan. Pizarro doubled the lead not long after by skinning Christian Makoun on a 1-v-1 opportunity before blasting a shot home.

Azcona pulled one back for La Palma later in the first half with a ferocious finish from close after stripping Nicolas Figal of the ball in the penalty area, but Kelvin Leerdam got on the end of an exquisite Gonzalo Higuain through ball in the second half to put the game away.

Here are the full starting lineups for both teams, each of which started in a 4-2-3-1 formation:

#InterMiamiCF selects defender Aimé Mabika (@TweetsbyAime) from University of Kentucky, as our 26th pick in Round 1 of #SuperDraft pic.twitter.com/ftOfWFygMN

One player who did not start for either of Inter Miami’s two teams on Sunday but that is expected to sign a contract with the MLS side soon is draft pick Aime Mabika.

Neville said Inter Miami intends to sign the towering centerback, who was taken with the 26th overall pick in the MLS Draft in January. The 22-year-old Mabika Has been with Inter Miami since the start of preseason, and he came off the bench to replace Ryan Shawcross on Team Black at the start of the second half on Sunday.

“I think it is no secret we want him to be an Inter Miami player,” added Neville.

If you were hoping for Phil and Harvey Neville to become the latest father-son combo to feature in MLS, it does not sound like it will happen. Not now anyway.

Harvey was seen at Inter Miami practice on Friday and he started for Team Black on Sunday, but the elder Neville said after the game that the 18-year-old midfielder is only temporarily in town.

“He is obviously at Manchester United at this moment and time and got a contract there,” said Neville. “They have given him permission to come out here for 10 days to see his dad because we are such a close family and ultimately to train with us and to keep his fitness up.

“I have got to say he has loved the weather, he has loved being free out here in terms of Fort Lauderdale and Inter Miami, and I love having him here, but unfortunately he is a Manchester United player.”