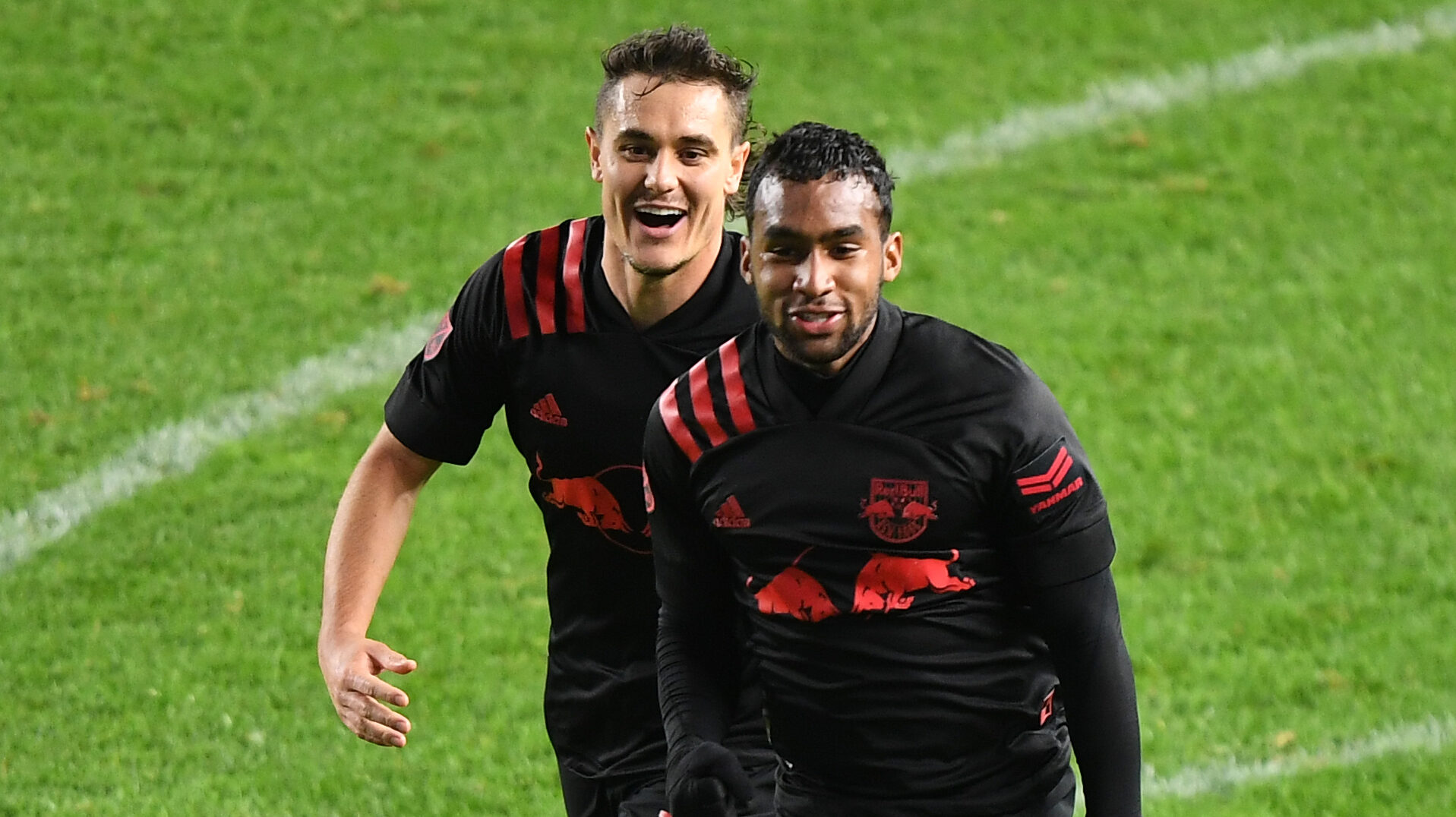 Having stagnated in the last two seasons, the New York Red Bulls are heading into 2021 with a new head coach, several fresh faces, and a realistic set of expectations.

Gerhard Struber, 44, took charge ahead of the team’s 3-2 loss to eventual MLS Cup Champions Columbus Crew in last year’s MLS Cup Playoffs. Though the Austrian hasn’t been stateside for very long, he has made some steps in applying his philosophy to the club.

“I’ve been with a certain staff for pretty much my entire career here so to have Gerhard’s perspective is great for me and great for my development.” captain and midfielder Sean Davis told SBI. “We’ve been exposed to new ideas, different perspectives on how to play the game with the ball, against the ball, and so I think that it’s been a challenge that the guys have been embracing”

Although the Red Bulls held onto veteran players like Davis, Aaron Long, and Ryan Meara, the offseason was largely a rotating door. From losing Kaku against their will to sending Tim Parker to the Houston Dynamo, several starting spots are now up for grabs.

Carlos Coronel, who joined on loan from RB Salzburg in February, is set to challenge for the number one spot in goal. The Brazilian’s arrival adds a third quality option between the sticks, likely reducing time for David Jensen and Ryan Meara, who shared the role last year.

Fullbacks Tom Edwards and Andrew Gutman also joined the team on one-season loan deals. Edwards, a right-sided defender, has played with Stoke City in both the Premier League and the EFL Championship while Gutman joins following a two-year loan stint with FC Cincinnati.

In what will assumably be a diamond-shaped midfield, 17 year-old Caden Clark will be leading the way in his first full season in Major League Soccer. Options behind Clark in a more central role include Sean Davis, Cristian Cásseres Jr, Dru Yearwood as well as offseason loan addition Youba Diarra.

One potential late arrival is Frankie Amaya, who is reportedly being traded to the Red Bulls for allocation money. Amaya’s arrival would certainly have an impact on the central midfield, and give Struber more options.

Averaging their lowest goals per game since 2009, the Red Bulls needed outside help to get things going offensively. At 6’4″, Brazilian forward Fábio gives the team a unique option up top while U.S. Under-20 Men’s National Team winger Cameron Harper will begin getting regular minutes at the professional level after his move from Celtic.

After a season with Inter Miami where he often showed signs of his considerable promise, the Colombian centerback has made his stateside move permanent. Now in New York, Reyes will likely jump straight into a starting role, attempting to fill the shoes of the departed Tim Parker.

“He has the ability now and when we grow him he is absolutely a player for us, our philosophy and for our identity,” Struber said of the 21 year-old. “He’s exactly that player, what I want in this position.”

Pressure is On: Aaron Long

Entering his sixth season as a Red Bull, Aaron Long has his work cut out for him in 2021. With the possibility of three new teammates around him, the USMNT defender will be the leading voice in a youthful backline.

With so many unknowns surrounding this New York Red Bulls squad, it’s hard to expect success right out of the gate.

Struber’s start to life in New York continues to be been stunted by the ongoing COVID-19 pandemic. Positive cases in other teams have canceled three scheduled preseason friendlies, leaving the Austrian little opportunity to see his side tested outside of intra-squad matches.

“Getting to know them a little bit better, especially at a time where we can’t go out and meet them directly and we can’t scout them directly have enough flexibility that allows us to almost, try before you buy,” Thelwell said of his five loan signings. “We are of course, very confident that these players are going to be capable of doing exactly what we want them to do. But of course, sometimes they don’t get quite settled and it doesn’t quite work out.”

Out of the many moves the Red Bulls made this offseason, none grabbed more attention than the departure of Kaku. The 26 year-old midfielder joined Saudi Arabian club Al-Taawoun in February despite having his 2021 option exercised by the club. Though there hasn’t been a resolution for the issue yet, an arbitrator determined earlier this month that Kaku still holds an existing MLS contract, likely forcing a transfer fee the Red Bulls way.

Despite a rocky start to 2020, the Red Bulls qualified for the playoffs for the 11th consecutive year. Though the task will be more difficult than years past, postseason soccer has become a staple for fans and should continue to be a target with Struber in charge.

“Every year you have to give absolutely everything to put yourself in a position to win,” Davis said. “That starts with taking it a game at a time but eventually with the right habits, the right mentality, you can do something special in this league.”

“I came into the league in 2015 and we won Supporter’s Shield right away,” Davis added. “Fortunately we were able to win it again but you know you slowly learn that that’s not the norm.”

With a fourth shield unlikely in the immediate future, the Red Bulls will take this year as a chance to begin their return to the top.

“Of course we want the season to be as strong as it possibly can be and we want to be successful,” Thelwell said. “But having said that, we’re right at the very start of that journey.”