Don Garber on MLS expanding to Sacramento: “They’re not the primary location for us” 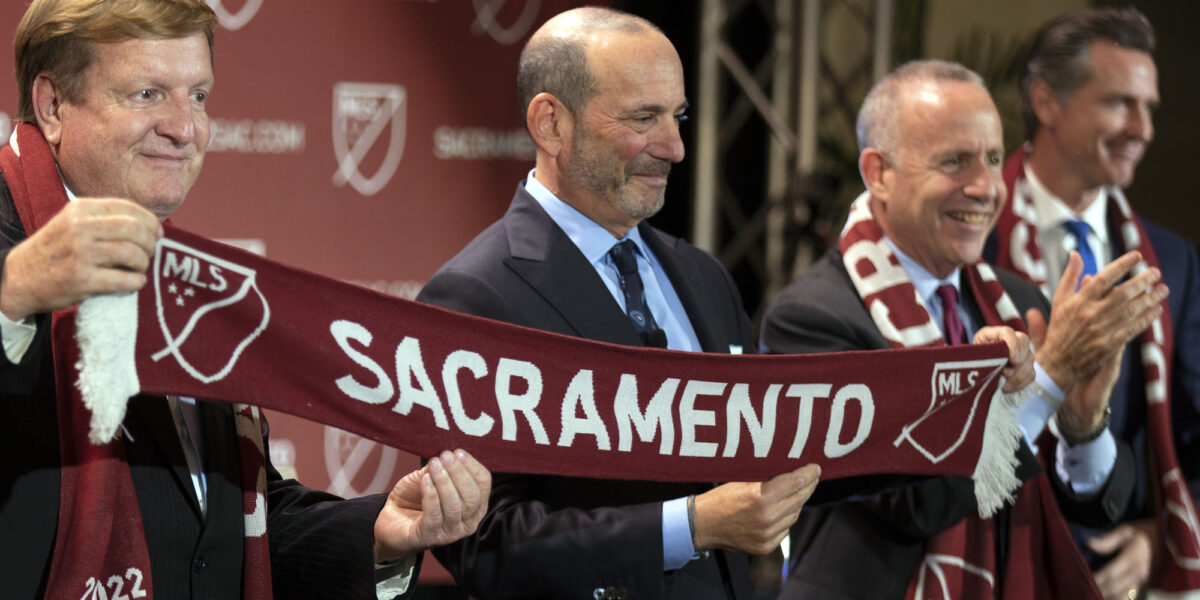 Two years ago, Sacramento was awarded an MLS franchise, setting the stage for the California capital to join the league after years of delayed attempts to secure a place. Two years later, Sacramento feels further away from Major League Soccer than ever.

In February, primary investor Ron Burkle unexpectedly pulled out of the project entirely, and MLS commissioner Don Garber’s latest public comments revealed that Sacramento is no longer seen as a primary candidate for MLS expansion.

“I wouldn’t say it’s primary. I mean, it was certainly, you know. It was just a matter of getting closed and that would have been our 30th team,” Garber told reporters in Cincinnati on Sunday. “So now, I think it’s fair to say they’re not the primary location for us but they’re certainly in the mix.”

Sacramento’s hopes of securing an MLS team now hinge on the ownership group’s ability to secure a new deep-pocketed lead investor with the financial muscle to make Sacramento an attractive expansion option. As things stand, a new lead investor has not been found.

“Nothing to really report there,” Garber said of the search for a new investor in Sacramento. “The city is working hard, I spoke to the governor the other day. They’re coming together with a bunch of other things that the city can do to support, (and) the local landowner can do to support the MLS expansion bid.

Though the door is not closed for Sacramento, it is wide open for other cities to jump the line. Las Vegas, Detroit, and Phoenix headline a pack of viable options for the league to turn to if Sacramento fails to find a new lead investor.

There is not a timeline in place in regards to filling the 30th spot, and COVID-19 presented the league with far bigger issues to worry about.

The identity of the 30th MLS team remains a mystery, but unless a new lead investor is found soon, Sacramento could go from sure thing to afterthought.