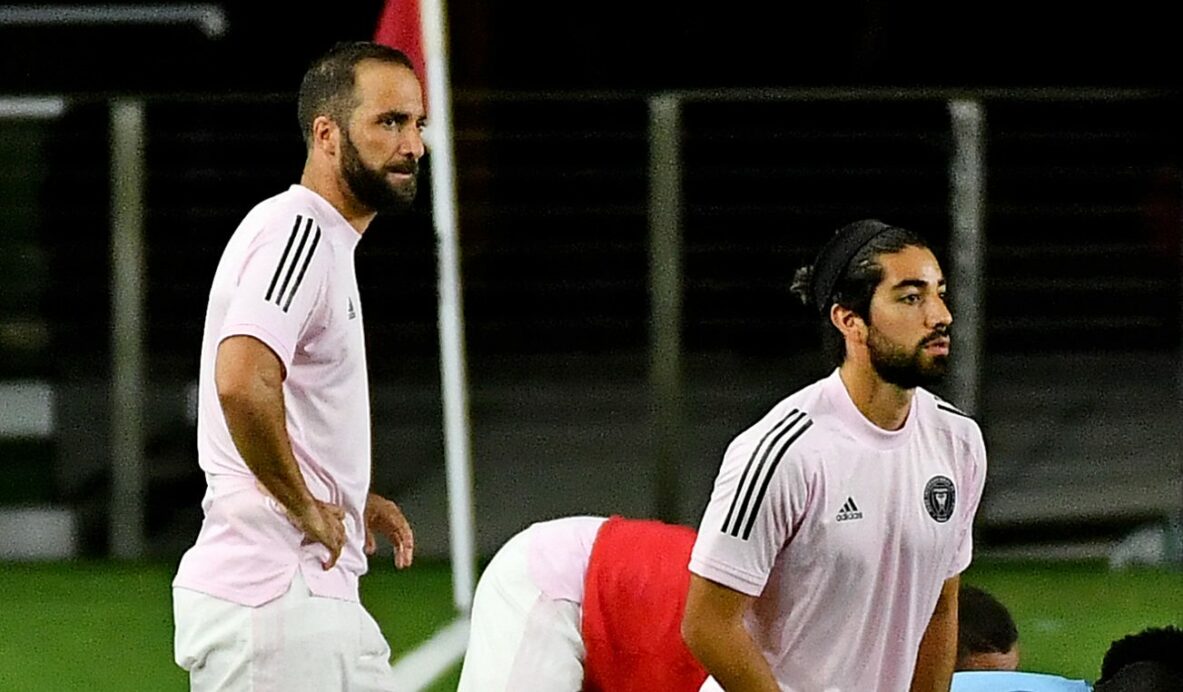 The last time Rodolfo Pizarro scored for Inter Miami was in October 2020. He made a quick diagonal run behind the FC Dallas defense and Gonzalo Higuain picked him out with a slipped in pass before Pizarro cooly slotted home.

You might think that the roles would be reversed more often than not given the two players’ positions, but that is not exactly how things have unfolded during much of their time on the field together.

Inter Miami is preparing for its Week 4 encounter against Atlanta United on Sunday, and one of the things the South Florida side is attempting to improve is the understanding and connection between Pizarro and Higuain. The star Designated Player attackers have not always appeared to be on the same page tactically — especially given the striker’s well-documented habit of dropping deep into areas that playmakers normally move into — so getting them to be more in sync with one another is something the team is in search of.

“That is what we have been working on,” said Pizarro in Spanish. “He does like to occupy that position often because he likes to come get the ball or drop to be a sort of No. 10. We have been working on that, in that maybe we have me occupying other positions or going out more on the flank so that we do not cover one another or take up spaces from one another.”

Pellegrini, Higuain and @Rpizarrot combine for the first dance of the night! #InterMiamiCF pic.twitter.com/7Gi3VI5ZG5

The trend of Higuain playing in more withdrawn positions that began last year has carried over into 2021, even after head coach Phil Neville said in preseason that his plan for this campaign was to have the Argentine in the penalty area more so as to better exploit Higuain’s goal-scoring qualities.

It has not exactly played out that way. While Higuain has scored in both of his appearances this season — via a penalty and header off a free kick — the veteran still has not done so in MLS from the run of play. That is a stretch of 11 games dating back to his Inter Miami arrival last year, and a byproduct, at least in part, of his penchant for dropping back so frequently.

It was very evident in the Week 2 win vs. the Philadelphia Union, with Pizarro often left to try and find other spaces to move into while Higuain acted as a part-time No. 10 rather than a full-time No. 9 that looked to finish off plays in the box such as the one depicted above.

“I understand. A lot of times the same has happened to me,” said Pizarro of Higuain taking up more withdrawn areas. “Out of desperation from not having the ball sometimes I drop since I do not receive the ball in between lines. We are working on that. Maybe it is having me play more on the wing to free up those spaces and have him as a No. 10 and then put in another forward so that there is a reference at the 9 spot.

“We have been working on that over the last few days to try and find the best solution and to have more variations within the team.”

Higuain has shown that he can create from deeper spots. He did so in that game vs. FC Dallas in 2020 when he played Pizarro through, as well as in the final preseason intrasquad scrimmage last month with a delightful through ball that unlocked the defense and set up right back Kelvin Leerdam’s golazo.

That said, if Higuain remains operating as a pseudo attacking midfielder as regularly as he does then Pizarro might continue to have trouble finding the game and influencing it. The two connected very well in the season opener vs. the LA Galaxy to create Robbie Robinson’s finish before halftime, but that came on a play in which Pizarro was behind Higuain in a more conventional 10 and 9 look.

Getting the pair of seasoned attackers to develop a better understanding with one another to do more of that would probably be beneficial for Inter Miami. Sure, there might be questions as to whether Pizarro can pull the strings consistently given that he is not a traditional playmaker, but plenty of Major League Soccer’s best teams in recent years have operated with an attacking midfielder pulling the strings behind a lone striker.

Whether Neville can get them to play that way together is unclear, but the season is still young.

“I do think we need to become a little bit more composed in the final third and keep possession better in the final third,” said Neville. “I think when we get everybody fit and firing and we get Rodolfo into areas where he can effect (the game) then it is not an area where I am really concerned about.”