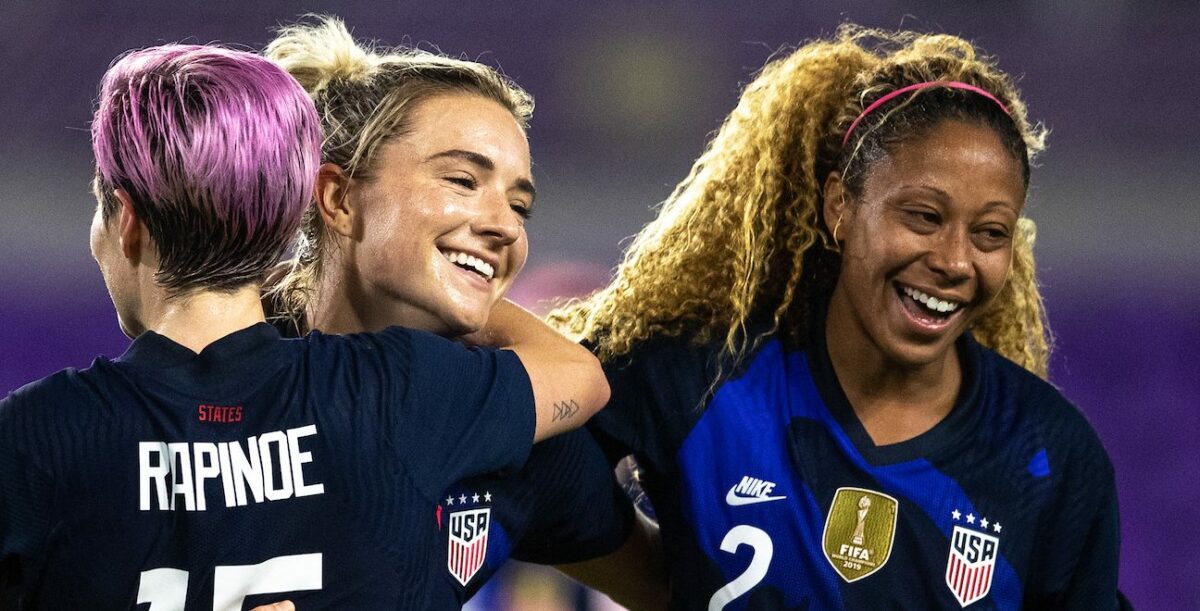 The U.S. Women’s National Team has added a trio of summer friendlies as added preparation for the rescheduled Tokyo Olympics this July.

U.S. Soccer announced Thursday that the USWNT will host the 2021 WNT Summer Series in Texas from June 10-16. Joining Vlatko Andonovski’s side will be Portugal, Jamaica and Nigeria, with Houston’s BBVA Stadium and the brand new Q2 Stadium in Austin hosting the matches.

The Americans will kick off the competition on June 10 in Houston against Portugal before taking on Concacaf rivals Jamaica on June 13. Q2 Stadium will play host to the USWNT’s final match of the tournament, a showdown with Nigeria on June 16.

“In these COVID times, we’re grateful that U.S. Soccer has been able to organize a schedule of games for us to prepare for the Olympics and getting these three during the Summer Series against teams we don’t play very often will be important in helping us make the final decisions on the Olympic Team,” Andonovski said.

“Choosing the Olympic Team has been a long process, with a big break in the middle,” he said, “but we’ll take all the information from our trainings, the National Team games and club matches so we can make the best choices to give our team the best chance for success in Japan.”

These matches will be the final international games before Andonovski names the 18-player Olympic Team ahead of embarking to Tokyo. The USWNT will also play two Olympic Send-Off Matches in early July before leaving for Japan.

The USWNT has already captured the SheBelieves Cup in 2021 and will look to add Olympic Gold to its trophy case later this year. The Americans were drawn into Group G where they will face Sweden (July 21 in Tokyo), New Zealand (July 24 in Saitama) and Australia (July 27 in Kashima) during group stage play.