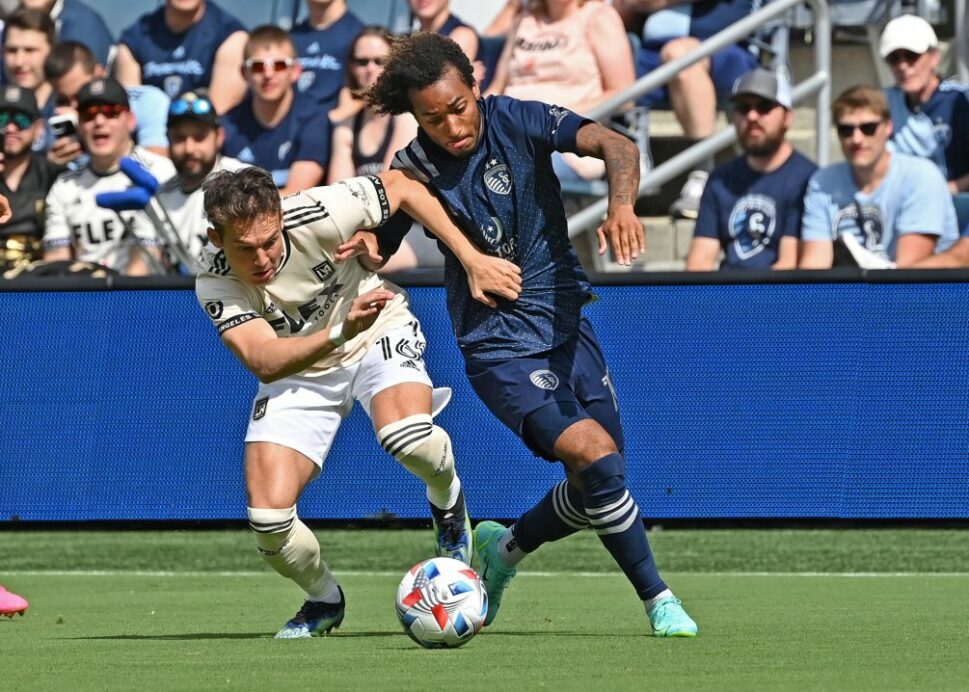 Nineteen-year-old central midfielder Gianluca Busio made the No. 6 midfield position his home with Sporting Kansas City.

Busio parlayed that form into a spot on the United States Men’s National Team’s Concacaf Gold Cup roster. At first considered a bright young talent with an outside chance of featuring for the team soon, Busio’s sound start to the MLS season boosted his profile with USMNT coach Gregg Berhalter.

“We think this is a moment for him,” Berhalter said. “And you know, really, I’m just really anxious to see how he can perform with our group because I think he’s a really talented player. (He’s a) really calm player for his age, and I think he can make a big impact with us.”

The home fans in Kansas City can expect an extra helping of Busio this summer. The USMNT will play its group stage matches at Sporting KC’s stadium, Children’s Mercy Park, and Berhalter told the media Thursday morning the home-town star will play in the Gold Cup.

“It’s about form,” Berhalter said. “He’s done a great job. I’m really looking forward to getting him in camp and working with him, but also testing him at an international level. He will play in games. You guys will see him on the field.”

Busio played in 19 games for Sporting KC last season and he’s blossomed this season, playing 12 games and scoring two goals with two assists. Busio completed 88.9 percent of his passes and has settled into the No. 6 midfield role for Sporting KC.

As the youngster began contributing more often in 2020, it was unclear whether he could be more effective as an attacking midfield or in a holding role.

The 2021 season has answered those questions for Sporting KC and for Berhalter.

“Gianluca at the time, you know, he was getting used to the number six position,” Berhalter said. “And I guess there were questions about, you know, do we have enough depth at the six position with (Johnny) Cardoso,  (Andres) Perea and Jackson Yueill not to include Gianluca. And since then, you know, I’ve been really impressed with the way he’s playing.”

While the USMNT squad is full of young players raring for an opportunity to make an impression on Berhalter this summer, Busio is one of the youngest and least experienced with the USMNT. Berhalter said that doesn’t matter, comparing Busio’s situation to Gio Reyna, the 19-year-old Borussia Dortmund midfielder who had a goal and an assist in the USMNT’s 3-2 Nations League final win over Mexico.

“To me, it’s about moments, timing,” Berhalter said. “And, you know, he’s been playing so well, that this is just a natural time for him to make this step now. He’s still a young player, but that doesn’t matter. We have a lot of young players in the program. You know, look at Gio Reyna is in the Nations League, what he did, you know, same age, same year of birth.”