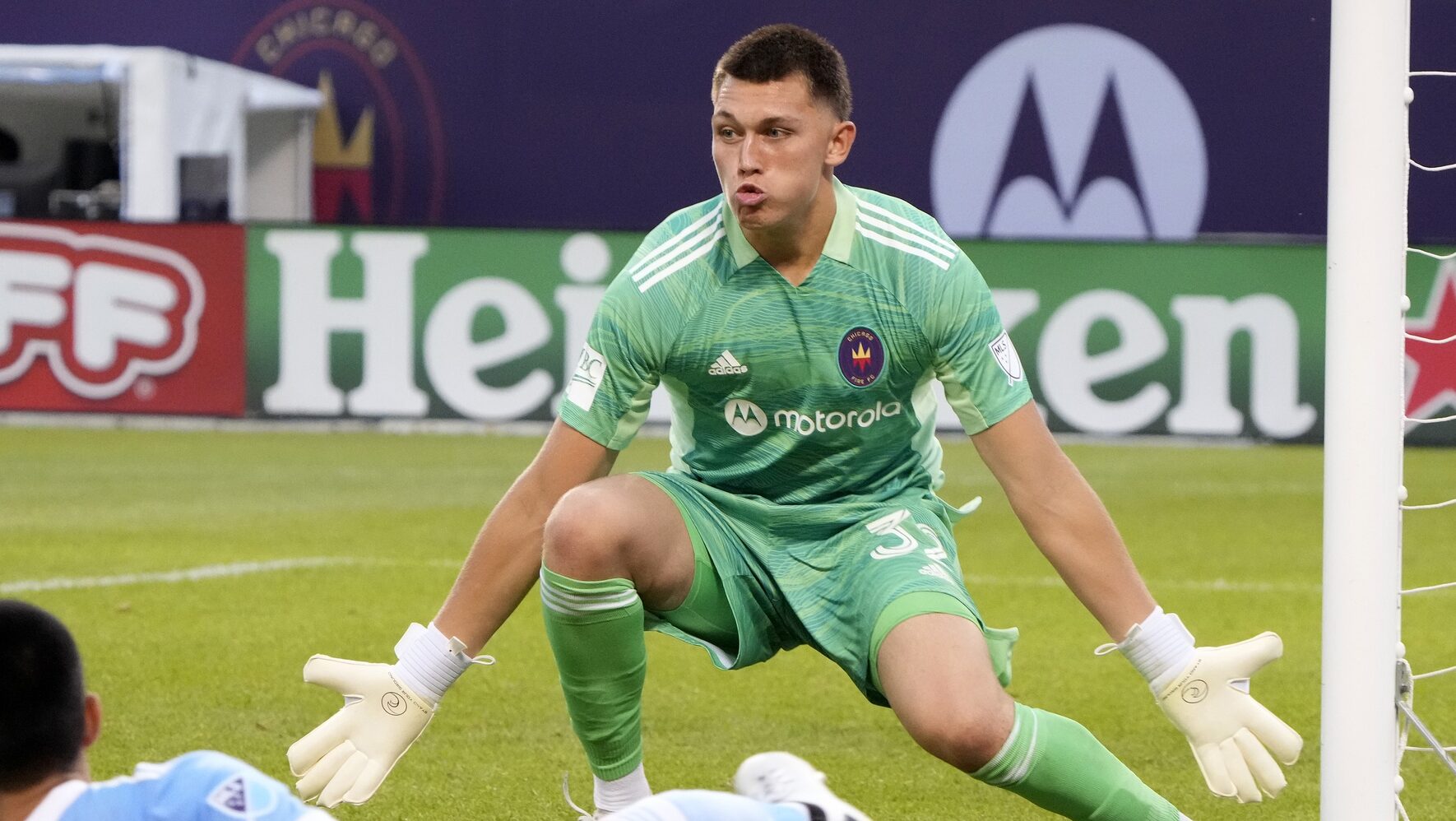 One of the best young goalkeeper prospects in the American talent pipeline reached a major milestone on Wednesday, making history in the process.

Gabriel Slonina became the youngest goalkeeper to ever start a match in MLS on Wednesday, and marked his record-setting day with a four-save shutout to help the Chicago Fire earn a 0-0 draw with red-hot New York City FC.

The 17-year-old stepped into the lineup in place of injured veteran Bobby Shuttleworth and delivered a poised performance in goal.

“We obviously know what he is capable of, he shows it everyday in training,” Fire head coach Raphael Wicky said of Slonina. “He didn’t seem too nervous, at least towards the outside. And in the game he looked very, very clear and good,”

Signed by the Fire at the age of 14 in 2019, when he was the second youngest player to ever sign an MLS contract behind only Freddy Adu, Slonina didn’t show any jitters in his MLS debut,

“I’m super, super thankful for the tie first and foremost,” Slonina said after the match. “Super emotional, a lot of hard work went into this moment but I’m proud of the team for fighting and keeping this a tie and getting a point. Because you know every point is important in the season and I’m super grateful and thankful for the team and just feeling great right now.”

Slolina played with a poise well beyond his years, as he held up well despite facing one of the most potent attacks in MLS.

“They keep me so confident,” Slonina said of his defense. “At the beginning of the game, before we went out on the field, they told me that they’re super confident in me to play my game and just I’m so confident in the backline and the chemistry we have together.”

That chemistry helped the Fire post their first shutout in more than a month, and just their third of the season.

“When he is behind me on the field I feel like there’s a 30-year-old man behind me,” Fire defender Mauricio Pineda said of Slonina. “His voice is heard, he’s always loud, he’s communicating so I don’t feel like there’s a 17-year-old goalkeeper playing behind me when he’s there. So that gives off a lot of confidence for himself and for us and as a backline.”

If Shuttleworth’s injury requires an extended stint on the sidelines, then it could open the door for Slonina to continue getting games.

Slonina has been part of the U.S. youth national team setup and the 6-foot-4 shot-stopper is consider a legitimately long-term prospect for the USMNT.

Though he is still several years from factoring into the national team picture, he should be one of the top prospects for the next U.S. Under-20 cycle, and down the road potentially be a factor for the next Olympic qualifying cycle.

Before he gets that far, Slonina will look to build on his successful MLS debut, the type of performance that should help the teenager see some more starts before the 2021 season is over.