Jordan Morris to return for Sounders vs. Galaxy 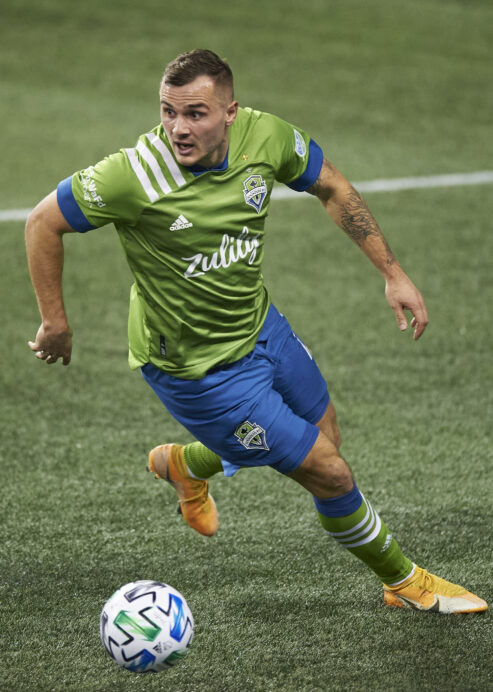 Jordan Morris’ loss has been huge for the Seattle Sounders, but the American winger is reportedly set to play a part in the final stages of the season.

Sounders head coach Brian Schmetzer confirmed Thursday in a radio appearance on 950 KJR that Morris received medical clearance and should appear against the L.A Galaxy on Monday at Lumen Field. Morris has missed the entire MLS season after suffering a torn left ACL on loan with Swansea City in the English Football League Championship in February.

Morris has continued to rehab at the team’s facilities in Washington and now could make his season debut in an important match for the Sounders on Monday. The 27-year-old’s return would be a welcomed boost for the Sounders, who have recently slipped from the top spot in the Western Conference.

Seattle’s 3-0 loss to LAFC on Tuesday paired with Sporting KC’s 2-0 win over the Galaxy on Wednesday has seen the Sounders drop to second place on goal difference. The Sounders have also been without Raul Ruidiaz and Nicolas Lodeiro due to separate injuries, leaving the club with several attacking stars out of the lineup.

Morris’ return would also be a boost for the U.S. men’s national team, who continues its World Cup Qualifying campaign in November. He has 10 goals in 39 caps with the USMNT to date and would be another attacking option for Gregg Berhalter to consider going forward.