Back injury forces Sergiño Dest out of USMNT qualifiers 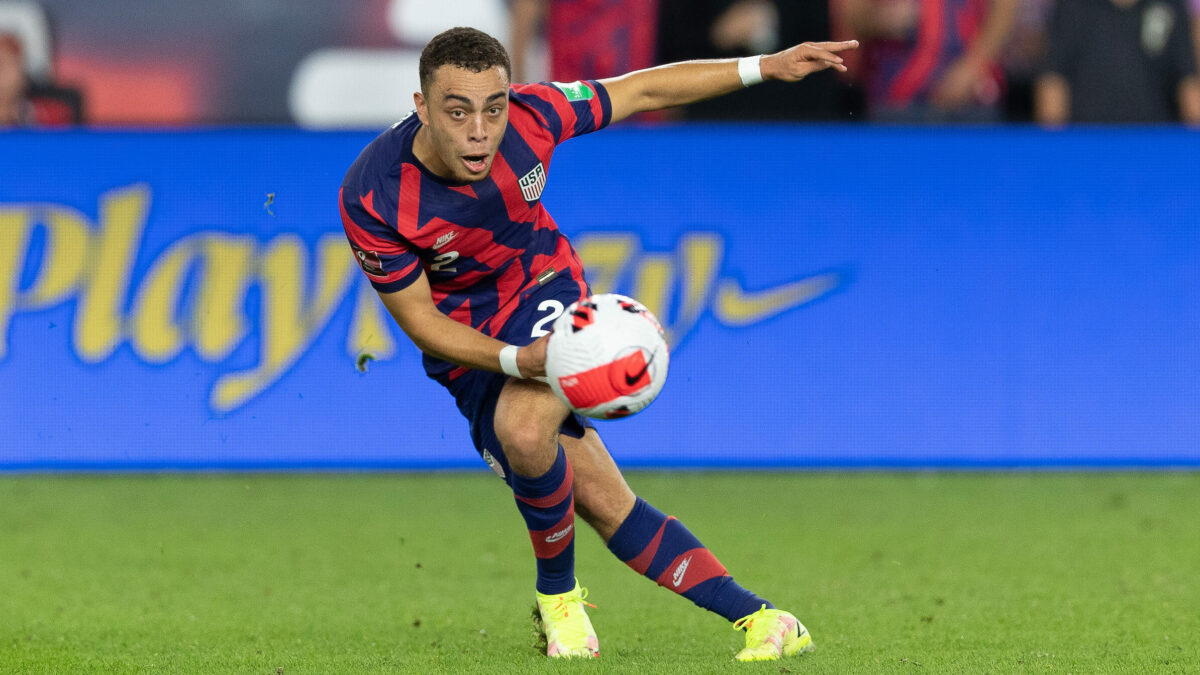 When Thursday evening ended, Gregg Berhalter had Sergiño Dest listed on the U.S. men’s national team roster he was set to unveil for November’s World Cup qualifiers. By the early morning, those plans were forced to change.

“So 7:30 this morning, that’s when we made that final decision (on Dest),” Berhalter said on Thursday. “That’s how fluid it is. And, you know, I’d even expect the roster to change from now until guys are in camp. That’s just international soccer. And that’s how it goes.”

Berhalter was also quick to dismiss an apparent rumor that Dest was being allowed to stay with Barcelona as some sort of favor to the club.

“One thing I heard is that we might have not called him in because we’re doing Barcelona a favor. I can confirm that that’s not the case,” Berhalter said. “If we thought he could play, he would be in camp. These games are that important that we would never give a guy a pass and say, ‘Okay, you can stay back just to get some rest’. That’s just not the case. We wanted him in camp and it’s unfortunate that he can’t can’t perform.”

There is no disputing the legitimacy of Dest’s injury after he was forced to miss Barcelona’s UEFA Champions League win against Dinamo Kiev, and has already been ruled out for the team’s upcoming La Liga match against Celta Vigo on Saturday.

Before the injury, Dest had been on an excellent run of form, going back to the strong showings in World Cup qualifying, which were followed up by a string of five consecutive starts for Barcelona, all playing as a right winger.

Dest’s absence coincides with the inclusion of 18-year-old fullback Joe Scally, who will take part in his first USMNT camp. The Borussia Moenchengladbach fullback has started 12 straight matches in all competitions for the Bundesliga club, playing at both fullback positions.

Berhalter has also called in veterans DeAndre Yedlin and Reggie Cannon as his other right backs, to go with left backs Antonee Robinson and Sam Vines. That group will have the tough task of trying to replace the dynamism Dest brings to the fullback spots.

“Sergino’s had a really good impact in this last camp, and we liked what he gave us offensively,” Berhalter said. “But when I’m looking at what our fullbacks do, in general, when you think about Reggie scoring against Costa Rica in the summer, Shaq scoring  and having assists in the Gold Cup, Antonee Robinson scoring and having assists thus far. So our fullbacks produce, we know that and, we’re confident that they’re gonna be able to do it again, this window.”