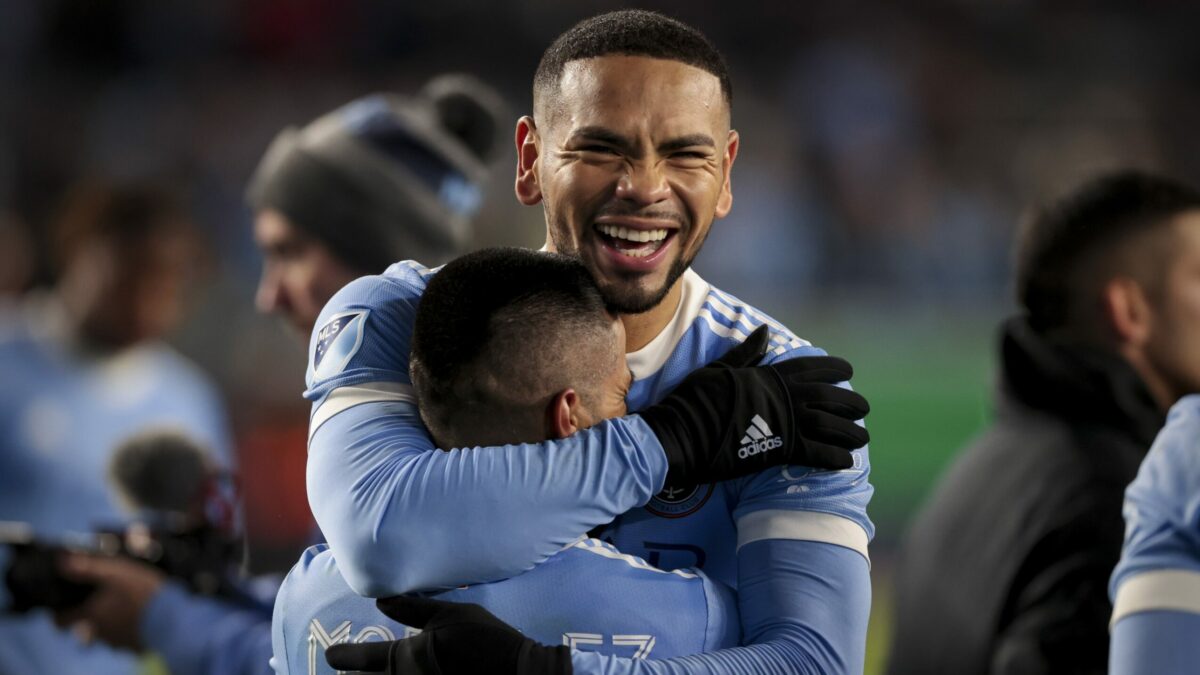 One day before New York City FC’s playoff clash with Atlanta United, Alex Callens didn’t know if he would be able to take the field.

By nightfall Sunday, Callens hadn’t just passed his fitness test; he scored and played all 90 minutes in NYCFC’s 2-0 takedown of the Five Stripes.

It was a vital recovery for NYCFC, with Callens recovering from the muscle injury he suffered while on recent international duty with Peru.

“I didn’t have too much time to prepare, to get ready,” Callens said after the game through a translator.

You couldn’t tell based on his play, as Callens was part of a defensive unit that held Atlanta to just four shots on target, none of which were particularly threatening.

The decision to play Callens was made only Saturday, he said, and James Sands (who has also played centerback this season) said after the game that the question of where he’d play himself this weekend was in limbo during the week. It’s no surprise NYCFC gave Callens as much time as possible to get ready, after another season cementing himself as a stalwart of the team’s defense.

“Callens has been really good during the whole season, he has played himself to be a regular in the Peruvian national team,” coach Ronny Deila said. “He has developed, and now he showed today what kind of quality he is. And he and Maxime [Chanot] were really, really good in center defense today.”

Having Callens recover was vital to NYCFC’s plans, particularly with starting defensive midfielder Keaton Parks already missing the match (and rest of the playoffs). If Callens had not been able to play then Deila would likely have turned to James Sands to fill in at centerback, but the Peruvian was able to pass his fitness test and proceeded to deliver an excellent overall performance.

Callens did his part defensively, helping contain Atlanta United’s vaunted attack, but he also helped deliver an insurance goal early in the second half when he headed home a rebounded shot to make the score 2-0 in the 53rd minute.

The victory helped deliver Callens and NYCFC fans a satisfying victory for a team that has endured its share of playoff disappointments (many of which Callens has experienced first-hand since arriving at Yankee Stadium in 2017). There was last season’s penalty shootout heartbreak against Orlando City, 2018’s humbling loss to eventual champion Atlanta United, and 2019’s “home” defeat to Toronto FC at Citi Field.

Now, Callens and an NYCFC team pegged by many as preseason title contenders have every reason to feel good with their late summer slump seemingly behind them.

“This game today gave us a lot of confidence,” Callens said Sunday. “I hope we can ride this throughout the playoffs.”