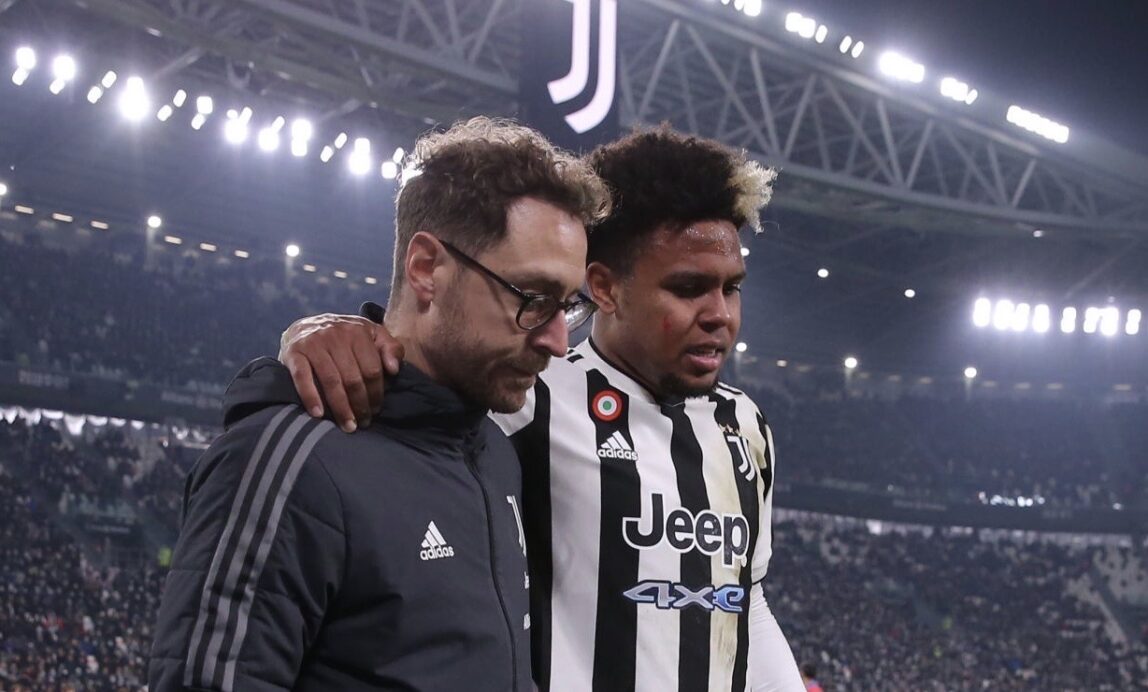 There weren’t many bright spots for Juventus in Saturday’s 1-0 loss to Atalanta, but Weston McKennie was one of them, and you could argue the U.S. men’s national team midfielder was his team’s best player before a knee injury forced him out of the match.

McKennie left Saturday’s match in Turin with a right knee injury in the 62nd minute, hobbling off the field shortly after completing a dangerous attacking run that was thwarted by a save from Atalanta goalkeeper Juan Musso.

Early reports suggest McKennie suffered a right knee sprain, but it will take some time to know the exact prognosis.

McKennie left the match early, but still finished with a game-high four key passes, three aerials won and two interceptions. He helped set up chances for Federico Chiesa and Paulo Dybala, and was one of the few sparks in a Juventus attack that struggled to create chances.

McKennie has been in the midst of an outstanding run of form, establishing himself as a regular starter for Massimiliano Allegri. Saturday marked his eight start in the past nine Juventus matches in all competitions.

Juventus returns to action on Tuesday with a trip to Salernitana, a short turnaround that will likely force McKennie to miss his first Juventus match since Oct. 17.