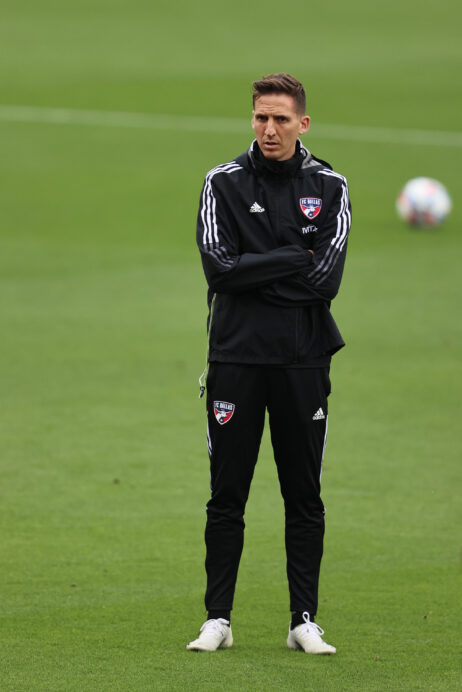 The U.S. Under-20 men’s national team will have a new head coach at the helm ahead of the upcoming Revelations Cup.

Mikey Varas was announced as the new coach on Friday, taking his first job within U.S. Soccer of his career. Varas most recently served as an assistant coach at FC Dallas under then-head coach Luchi Gonzalez after working his way up from the academy in 2017.

He’s gotten to work with several of Dallas’ Homegrown talents including Ricardo Pepi, Paxton Pomykal, Reggie Cannon, Justin Che and Bryan Reynolds. Prior to his move to FC Dallas, Varas worked with the Sacramento Republic academy and was named U.S. Soccer Development Academy West Conference U-14 Coach of the Year for the 2016-17 season.

“We’re thrilled to bring Mikey on board to lead our U-20 Men’s National Team,” USMNT General Manager Brian McBride said. “This summer’s Concacaf Championship has taken on even more importance now that it also serves as Olympic qualification, and we’re confident that Mikey has the right qualities to continue our success at the U-20 level. This age group has been critical in advancing players to our senior Men’s National Team and Mikey’s experience developing players from the FC Dallas Academy to become successful pros makes him an excellent choice for this role.”

“One of my strongest core values is to compete, to always embrace competition, and we’re getting into that right off the bat.” said Varas. “I want to get to know the group as well as I possibly can in the time that we have and lay a foundation for the type of culture that the U-20s are going to have leading into qualification. That culture is going to be everything to create the feeling that we’re on a mission. We’re going to evaluate where our strengths are and how we can capitalize on those strengths, and understand the areas we have to improve.

“We’ll plant the seeds in terms of culture and playing and then get the boys to compete at their best level possible, learn from what happens in this tournament and then create a long-term plan to make sure that when we hit qualifiers, the team’s flying,” added Veras.

The Americans will take part in the tournament from November 7-17 against Brazil (Nov. 10), Colombia (Nov. 13) and Mexico (Nov. 16) to kick off their new cycle. The Revelations Cup will be used as preparation for the 2022 Concacaf Under-20 Championship, which will serve as qualification to the 2023 FIFA U-20 World Cup and the 2024 Summer Olympics.

A total of 16 clubs are represented on the roster with MLS’ franchises Philadelphia Union and Chicago Fire each having three players called in apiece. Dante Sealy (PSV/Netherlands), Alexander Borto (Fulham/England), Rokas Pukstas (Hajduk Split/Croatia), and Malick Sanogo (FC Union Berlin/Germany) are the four European-based players in the squad.

Here’s a closer look at the 23-player roster: