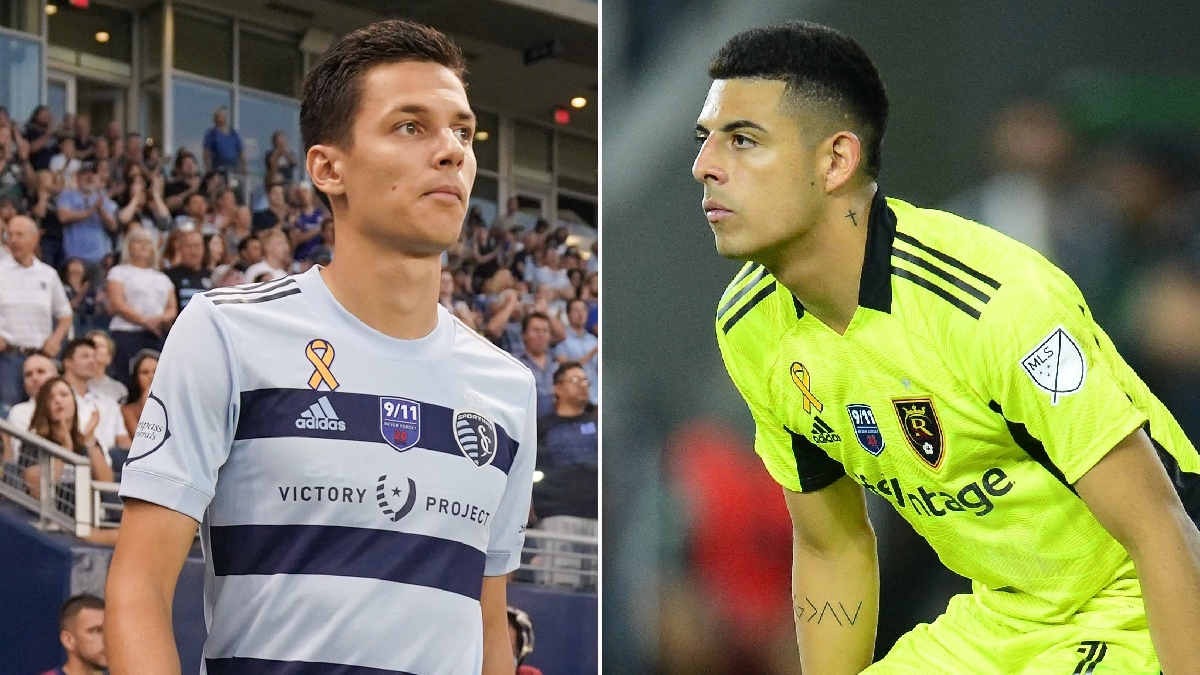 Sporting Kansas City and Real Salt Lake have cultivated one of the most heated competitive rivalries in Major League Soccer. The matchup renews those animosities with Sunday’s Western Conference final.

Sporting KC and Real Salt Lake are set to face off Sunday (3 p.m. ABC, ESPN Deportes) for the second time in three weeks. Real Salt Lake earned a last-second winner to qualify for the playoffs in the final regular season match against Sporting KC. The loss meant Sporting KC had to settle for the third seed in the Western Conference, but a missed handball which PRO Referees acknowledged as a missed call left a bitter taste in manager Peter Vermes and his team.

Real Salt Lake, a 7-seed, improbably took down the second-seeded Seattle Sounders in the first round. Interim coach Pablo Mastroeni looks to continue conjuring playoff magic after an incredible showing from RSL’s back line and goalkeeper David Ochoa beat the Sounders. RSL didn’t record a single shot across 120 minutes of play, but held strong defensively to win a penalty shootout.

Yet, the Real Salt Lake attack boasts two double-digit scorers in Albert Rusnak and Damir Kreilach, plus Rubio Rubin and Anderson Julio, who each have eight goals in 2021. Real Salt Lake’s defense has been shaky — RSL leads Western Conference playoff teams with 54 goals allowed in the regular season — but their recent defensive form should strike fear in Sporting KC.

Sporting KC’s first-round win, an encouraging 3-1 win over the Vancouver Whitecaps, injected the team with new hope after a disastrous end to the regular season. Sporting KC was hit with many injuries toward the end of the regular season, but now the team is healthy again with key players such as Johnny Russell, Alan Pulido and Ilie Sanchez back to full health.

Sporting KC and Real Salt Lake have carried on a long-standing competitive rivalry, with Sporting KC winning MLS Cup in 2013 over RSL after a penalty shootout in Kansas City. Since then, the teams have faced off 24 times with seven draws and seven of those games decided by one goal.

The season series is firmly in favor of Real Salt Lake. Real Salt Lake claimed a 3-1 win over Sporting KC on May 1, then qualified for the playoffs with a last-gasp Damir Kreilach goal for a 1-0 win at Children’s Mercy Park in Kansas City on Nov. 7.

Can Russell pick up where he left off? Before a minor injury kept him out the last match of the regular season, Russell was one of the most in-form players in MLS. He scored in eight games in a row to set a club record for Sporting KC late in the regular season. Russell’s knack for sneaking behind defenders and dribbling through the 18-yard box has taken Sporting KC a long way this season.

Ochoa made four saves against Sporting KC last time out, including an incredible stop of a Daniel Salloi effort from close range in the first half. Ochoa will have to continue his excellent form because Sporting KC is looking to follow up on a three-goal performance in last round’s win over the Whitecaps.

Sporting KC has been vulnerable on the counter-attack all season, and Real Salt Lake seems perfectly poised to hurt them with it after such a stout performance against the Sounders. Rusnak, who’s propelled RSL to a late-season surge from the left wing, will be the team’s go-to player on fast counter-attacks. Graham Zusi, Sporting KC’s veteran right back, will be tasked with stopping him.

Pulido started the 2021 season playing like one of the best players in MLS, but injuries have ruined the second half of the season for him. Pulido is healthy again and might start against RSL. He would have entered as a substitute in Sporting KC’s previous match, but the game was already firmly in hand so Vermes chose to continue saving him. Early in the season, Pulido had Sporting KC running on all cylinders with his ability to drop into midfield and dictate the match. Pulido has eight goals in 21 appearances, but hasn’t played since Oct. 3.

Kreilach will enter this match with no shortage of confidence. In the same stadium three weeks ago, he scored deep into second-half stoppage time to extend Real Salt Lake’s season. Kreilach propelled RSL to an impressive recovery in the late stages of the regular season, with five goals in five games from September through October. Though RSL’s back line is shaky, Kreilach’s form and firepower makes up for it.

Real Salt Lake shocked the league with its penalty-shootout win over the Seattle Sounders. Now, RSL must overtake another of the league’s top performers in Sporting KC. With young goalkeeper David Ochoa standing on his head in the last round and interim coach Pablo Mastroeni inspiring a late regular-season surge, RSL’s current situation has every making of a serious lightning-in-a-bottle playoff run.

“I think that’s our biggest motivation right now,” Ochoa said in a video call ahead of the matchup. “The league has doubted us this whole season. It’s funny for me. I like humor. I think it’s funny we’re shutting a lot of mouths up, so that’s definitely our motivation.”

Sporting KC, on the other hand, comes into this matchup knowing it can host the Western Conference final against the Portland Timbers with a win. The table is set for a favorable run through the conference with RSL and the Timbers knocking off the other two top-seeded clubs in the playoffs. But Sporting KC must maintain the good form is resurrected during its previous playoff win.

Real Salt Lake may have won at Children’s Mercy Park in the previous meeting, but Sporting KC has only lost three matches at home this season. RSL has among the worst away records among playoff teams with 10 road losses in 2021.

Sporting KC also returns to this matchup with revenge on its mind after a blatantly missed handball call in the teams’ last meeting. Sporting KC’s lineup included a few stand-ins for that matchup, but this time around Sporting KC returns with a clean bill of health. Star striker Alan Pulido may be ready to start, but Vermes could also opt to bring Pulido in as a second-half substitute.

Can Real Salt Lake keep the playoff magic alive? Will Sporting KC be able to follow up its first-round triumph with a similar performance? The latest installment of one of the league’s most storied rivalries continues with each team fighting to stay alive.