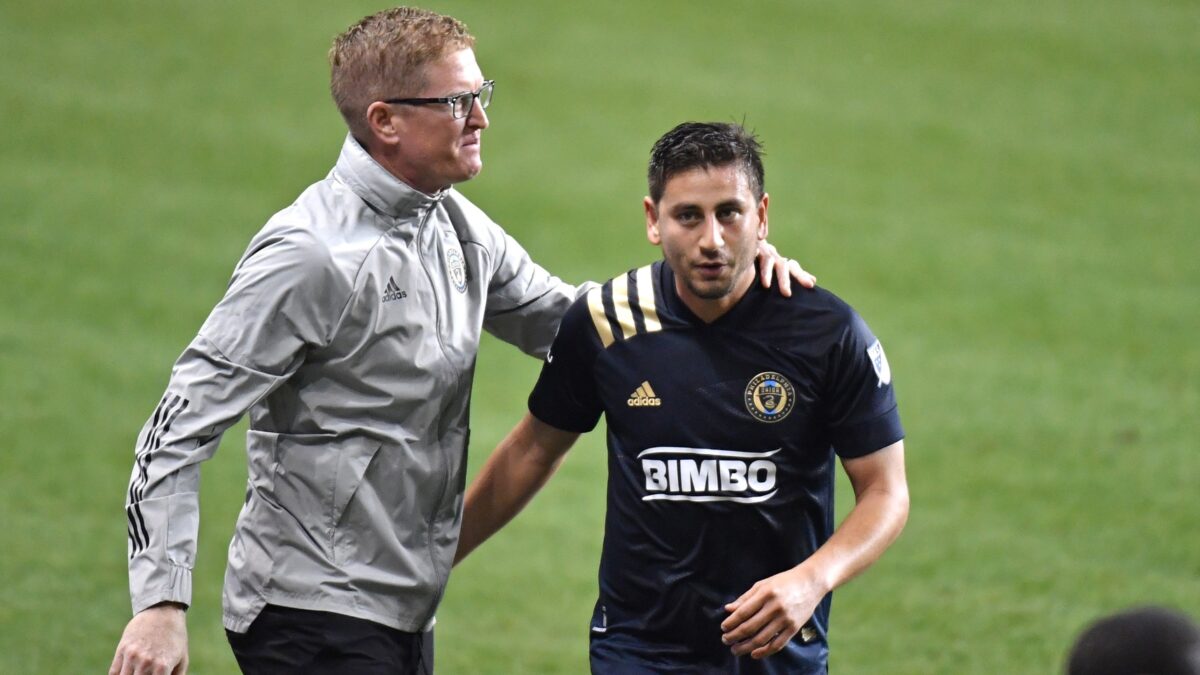 The Philadelphia Union enter Sunday’s Eastern Conference final clash with New York City FC with the club’s first MLS Cup appearance on the line, but the Union could have major issues fielding a lineup.

Players can be cleared to play up to an hour before kickoff for matches, according to the league’s COVID-19 health and safety protocols.

Being placed in the league’s COVID-19 health and safety protocols does not necessarily mean the player has tested positive for COVID-19. Union coach Jim Curtin previously stated that all of his players have been vaccinated against COVID-19, but a vaccination does not completely protect against infection.

If the listed players miss Sunday’s Eastern Conference final, it will be the first missed game of the season for centerback Jakob Glesnes and only the second missed match for the Union’s other regular centerback Elliott or left back Wagner. Bedoya, the Union’s captain, has made 32 appearances in midfield in 2021. Other regular starters are Santos with 26 appearances and starting goalkeeper Andre Blake, who starred in a penalty shootout to beat Nashville SC in the Eastern Conference semifinal and has played 26 matches.

Curtin revealed in a call with reporters Friday that the Union had some players in healthy and safety protocols, but did not reveal any names or the amount of players in protocol. The Union canceled a Thursday practice session but resumed training Friday.

“We will follow the league’s protocols, obviously, with the hope of having as many players available,” Curtin said Friday.

“There’s things I do know, there’s things I don’t know,” Curtin said. “But I’m really not withholding anything other than the specific names and numbers, which I hope you guys can respect out of privacy.”

The Union’s Jamiro Monteiro and Olivier Mbaizo had already missed the Union’s first-round 1-0 win over the New York Red Bulls due to COVID-19 protocols after playing with Cape Verde and Cameroon, respectively, in African World Cup Qualifying. Mbaizo and Monteiro are no longer listed in the Union’s game notes as in health and safety protocols.

Curtin’s side, a two-seed, in the Eastern Conference, is set to face NYCFC Sunday (3 p.m. ABC, ESPN Deportes) at Subaru Park in Chester, Pennsylvania.