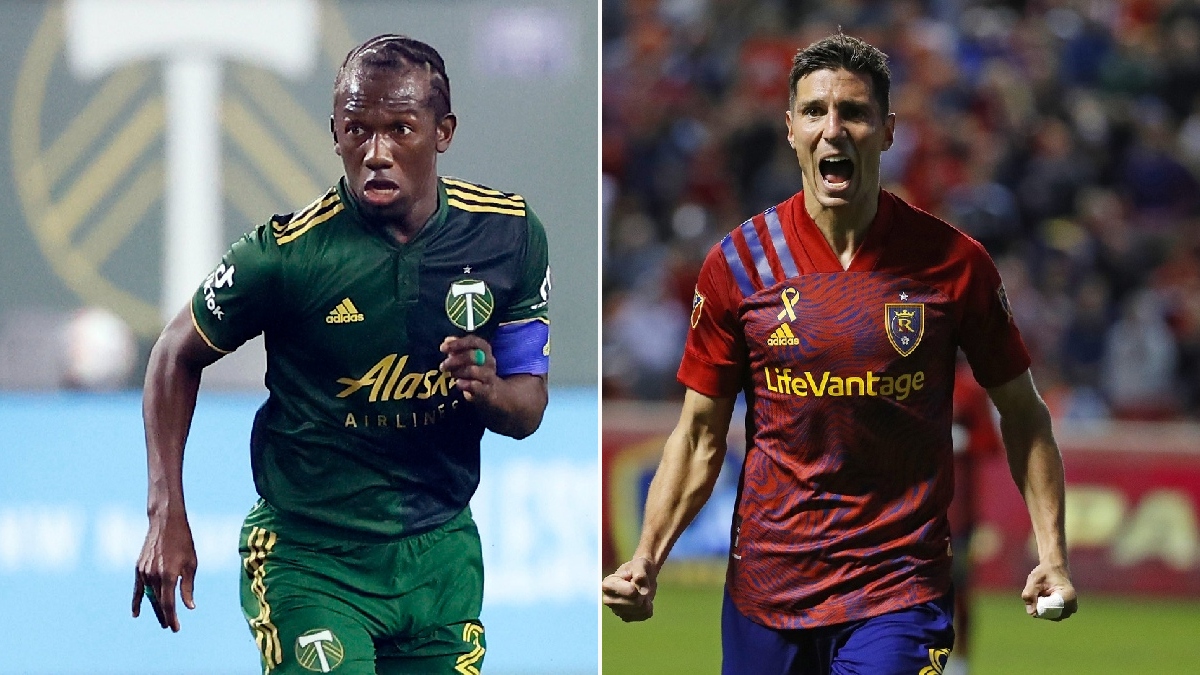 One of the 2021 MLS Cup Playoffs’ most improbable runs is bound to come to an end Saturday, and yet another will continue.

The Portland Timbers, continuing a playoff run as a four-seed that knocked off the top-seeded Colorado Rapids, will host seven-seed Real Salt Lake (6:30 p.m. FS1, FOX Deportes). Real Salt Lake and interim manager Pablo Mastroeni enter this Western Conference final having put together a run with all the makings of one of the most incredible playoff stories in recent memory. RSL made the playoffs with a last-second goal on Decision Day, then stunned the Seattle Sounders and Sporting Kansas City in back-to-back away matches.

Bobby Wood, a second-half substitute, came up as RSL’s hero with a late goal in the Western Conference Semifinal win over Sporting KC. David Ochoa, who talked about “shutting a couple mouths up” after the win, is also at his best right now. Ochoa made three saves against the Sounders and only needed to make one save in the win over Sporting KC, a match in which RSL surprisingly controlled possession and had the better of attacking play.

The Timbers come into this match riding the high of a late win over the Colorado Rapids, in which centerback Larrys Mabiala scored a 90th-minute winner. However, the Timbers’ win came at a high price. Sebastian Blanco, a hero of the Timbers’ first-round win over Minnesota United, left the last match with a hamstring injury and is questionable for the Western Conference Final. Dairon Asprilla, whose 10 goals is second-highest on the Timbers this season, is out because of a red-card suspension from the Western Conference semifinal.

Saturday’s Western Conference Final is a clash between two of the most improbable contenders. The Western Conference was dominated all season by two teams — Seattle Sounders and Sporting KC — with the Colorado Rapids swooping in late to claim the top seed. But in the playoffs, Real Salt Lake and the Portland Timbers have shocked the league. One of them will play in MLS Cup.

Mora has had a great season in 2021, with 11 goals and five assists. However, Mora recently got over an injury and hasn’t scored since Oct. 27. This match will be his third game since recovering from that injury, and it will be crucial that he spearheads the Timbers’ attack with Blanco likely out and Asprilla out.

Rusnak missed RSL’s last two matches because of a positive COVID-19 test right before the playoffs. Rusnak’s return will be huge for RSL. He’s scored 11 goals with 11 assists this season. Maikel Chang put in a couple of serviceable starts in Rusnak’s absence, but Rusnak should be able to give RSL an extra offensive push they just haven’t had previously, especially in the Sounders game.

Claudio Bravo, the Timbers’ 24-year-old Argentine left back, will probably be counted on quite heavily in this match with Asprilla being suspended. Bravo won’t have the luxury of a key attacker directly in front of him. On the other hand, he will likely come up against RSL’s standout right back Aaron Herrera, who often marauds forward and has 11 assists this season.

Chara put in an excellent performance in the previous win over the Rapids, winning the majority of duels and passing sharply with 85% completion. The 35-year-old Chara is one of the most experienced players left in the playoffs. His ability to disrupt Real Salt Lake’s attack will be crucial to the Timbers’ success, especially in a match where the Timbers are not likely to have the same offensive might they have enjoyed lately.

Kreilach’s goal to beat Sporting KC on Decision Day is the reason RSL is in the playoffs to begin with. But the 32-year-old striker has only managed one shot over the past two matches. Kreilach will need to put in a better shift if RSL is going to make it to MLS Cup.

The Timbers, with only four losses at home this year and fresh off an away win against the top-seed Rapids, should be poised to win this one. However, the absence of Asprilla and the possibility that Blanco could be out makes it impossible to tell if the Timbers have what it takes to do it.

With Asprilla out and Blanco questionable, perhaps Diego Valeri might end up being a savior one last time for the Timbers. The 35-year-old has only two goals and three assists for the Timbers in 10 starts this season. He’s provided energy off the bench for the team, however. Giovanni Savarese has few other options at striker or left winger, but Valeri’s presence could be an emotional boost. Valeri earned MLS Cup MVP when the Timbers won it all in 2015, and the best years of his career came in 2017 and 2018, when the Timbers last made it to MLS Cup.

Can RSL keep one of the league’s wildest playoff runs alive? It is trending in the opposite direction of the Timbers. Rusnak is returning, Bobby Wood scored a shocking late goal to beat Sporting KC and RSL put in a surprisingly comprehensive performance in Kansas City that saw the underdogs keep 56% of possession.

Both clubs have waited a while now for playoff success. The Timbers made it to MLS Cup in 2018, losing to Atlanta United, and last won the title in 2015. Real Salt Lake’s last MLS Cup appearance came in 2013 with a loss to Sporting KC, and RSL’s last title was 12 years ago in 2009.