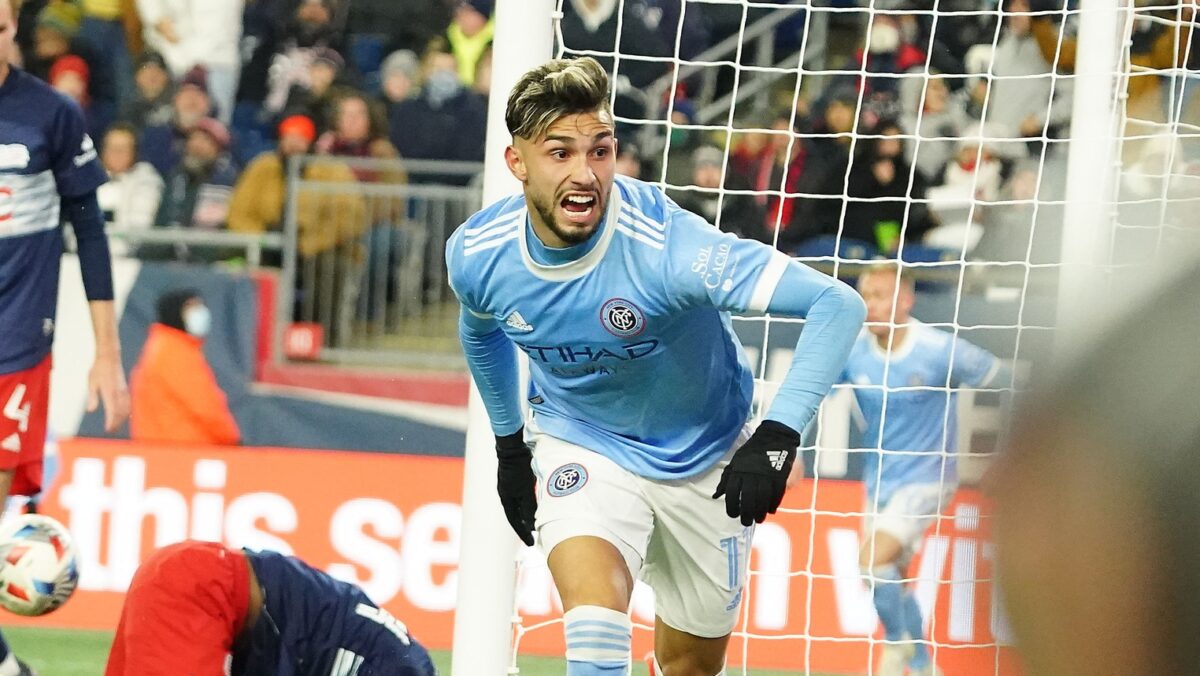 After a Golden Boot season, countless decisive finishes and the deepest postseason run in team history, it’s easy to forget how this year began for Valentin “Taty” Castellanos and New York City FC.

Back in April, the club’s first order of business regarding the Argentinean was merely retaining him, rather than shepherding the type of development he has now undergone. Rumors swirled around the striker’s future at the club, and NYCFC reportedly received and rejected bids from Brazilian outfit Palmeiras. Some even claimed he asked the club to sell him.

Roughly two weeks later, the Norwegian was proven correct — at least for this season — as Castellanos signed a five-year contract extension and finished the regular season with 19 goals and eight assists.

But despite that fine form — maybe even because of it — nothing about Castellanos’ future is promised beyond Saturday’s MLS Cup Final at Portland. Even Deila’s stance on the matter has seemingly softened.

Those comments were echoed by ESPN’s Taylor Twellman during the broadcast of NYCFC’s conference semifinal win vs. Atlanta United on Nov. 21, with the analyst saying he’d be “stunned” if Castellanos wasn’t sold following this season (with NYCFC in line for a nice payday).

Whether or not Saturday is Castellanos’ last game for the club, he has consistently proven his worth over 2021. Through his four-game scoring streak to open the season, his creativity and his unrelenting pressing, Castellanos went from someone not trusted by his previous coach as a pure No. 9 to the first name on Deila’s team sheet.

“He’s a very important player for us,” Deila said at Thursday’s press conference. “His value is one thing on the pitch, you see how he’s fearless. And he’s very physical, and he’s a killer. And [those are] things that give the whole team energy and belief.”

In this postseason, too, the 23-year-old has been immense. He chopped in the opening goal vs. Atlanta and scored a go-ahead strike at New England, where his hold-up play was key. Even his rash red card in extra time. which kept him out of the conference final, served as a reminder of his importance, as NYCFC looked largely toothless without him vs. Philadelphia.

Regardless of what may have transpired in April, Castellanos has looked wholly at home of late. He flashed a massive smile in street clothes after the win vs. the Union, has been in the form of his life since the last weeks of the regular season, and was brought to tears after being surprised by his mom to celebrate his Golden Boot.

He called that week, which ended with the 2-0 win over Atlanta United, “beautiful.”

This one could be too — even if it winds up being his last with NYCFC.