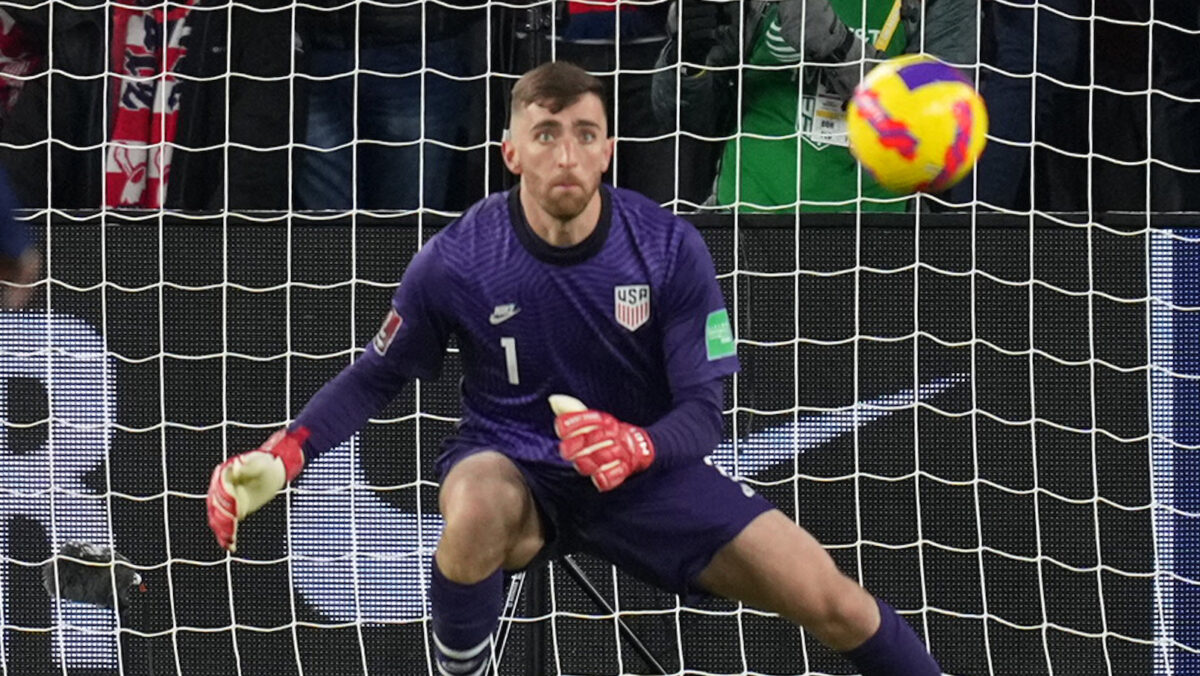 Matt Turner’s stellar rise from an undrafted college player to the No. 1 goalkeeper for the U.S. men’s national team has been one of the more memorable American soccer stories in recent years and soon the American will be able to add his name to the ever-growing list of players embarking to one of Europe’s top five leagues.

Turner was in between the posts for the USMNT on Thursday night as Gregg Berhalter’s side claimed a 1-0 World Cup Qualifying victory over El Salvador, moving one step closer to clinching its spot in this year’s tournament in Qatar. The reigning MLS Goalkeeper of the Year had been in the news earlier in the day with English Premier League side Arsenal reportedly agreeing to terms with Turner over a summer transfer to the Emirates Stadium.

Berhalter effectively confirmed Turner’s looming move to Arsenal on Thursday, acknowledging the validity of the report as he spoke glowingly about the USMNT goalkeeper.

“[Turner] Went to Fairfield University, was undrafted out of college, now he’s playing with the national team and he’s headed to Arsenal,” Berhalter said postmatch of Thursday’s win. “It’s just an amazing story and it’s all down to him, his work ethic, his belief in himself and his never give up attitude.

“It’s a great story and Matt is a great guy, a great teammate and we’re lucky to have him,” Berhalter added. “Tonight was an example of where he did everything that he had to do. He was calm in all situations. Wasn’t tested much but was there when we needed him and he looked like a player that’s going to Arsenal, for sure.”

Turner will reportedly join the Gunners in the summer, giving him an opportunity to test himself in one of the top leagues in the world. Aaron Ramsdale remains the Gunners current No. 1 goalkeeper while backup Bernd Leno is reportedly set for an exit this January to seek more playing time.

Turner will have the chance to continue representing the USMNT through World Cup Qualifying this winter and also help the Revolution in their first involvement in the Concacaf Champions League this February and March.

Turner will now prepare to lead the USMNT to a road victory over Concacaf leaders Canada on Sunday in Hamilton, knowing three points will boost the Americans into first place in the World Cup qualifying standings with four matches remaining.