Report: Caden Clark to return to Red Bulls on loan 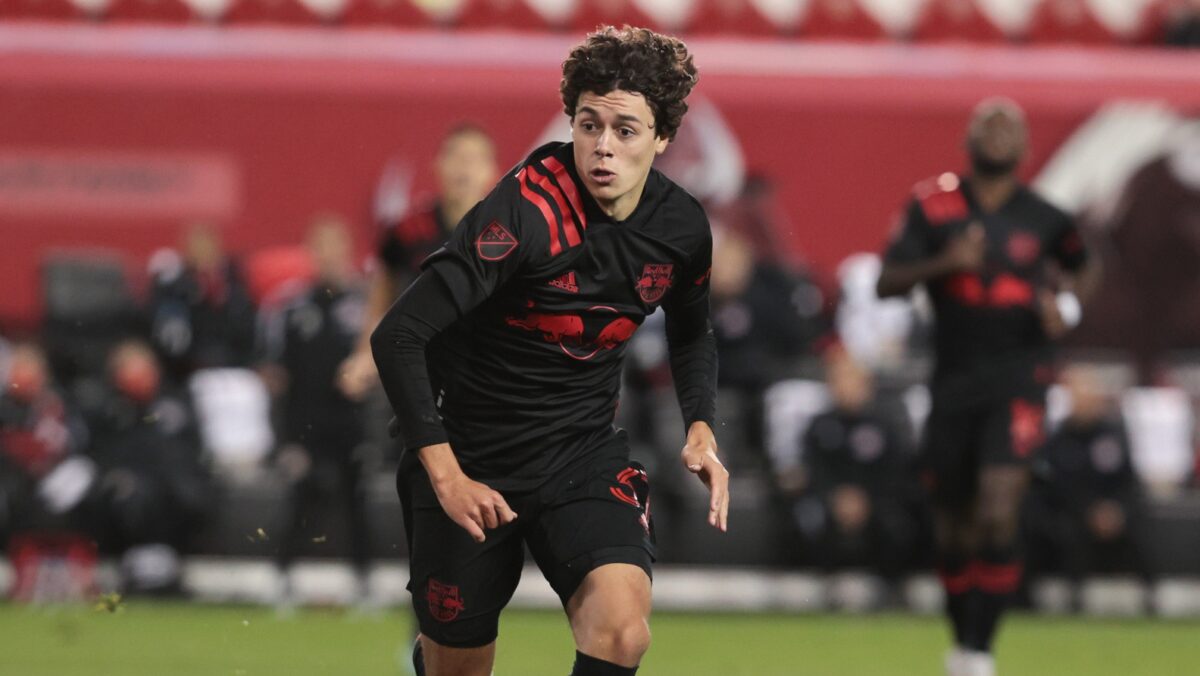 Caden Clark’s move to Germany was just the latest in a long list of American talents embarking overseas, but the New York Red Bulls homegrown midfielder will reportedly not get the chance with RB Leipzig in the second half of the season.

German outlet Bild reported Sunday that Clark will rejoin the Red Bulls on a six-month loan spell to continue his indivdual development. The 18-year-old Clark was acquired by RB Leipzig on a permanent transfer in June 2021, but remained with the Red Bulls for the remainder of the MLS season.

Clark broke onto the scene with the Red Bulls in 2020, scoring three goals in eight combined first team appearances for the club. The attacking midfielder took another step forward this past season, scoring four goals and registering five assists in 25 combined appearances under head coach Gerhard Struber.

Clark has earned two appearances with the U.S. under-20 men’s national team to date. He was also called up by Gregg Berhalter for a 1-0 friendly win over Bosnia and Herzegovina in December, but did not appear in the match.

RB Leipzig is currently under new management with Domenico Tedesco taking over for American manager Jesse Marsch back in early December. Tedesco has posted a 1-1-1 record in three matches since taking over.

The Bundesliga side resumes its league schedule on January 8 against Mainz.