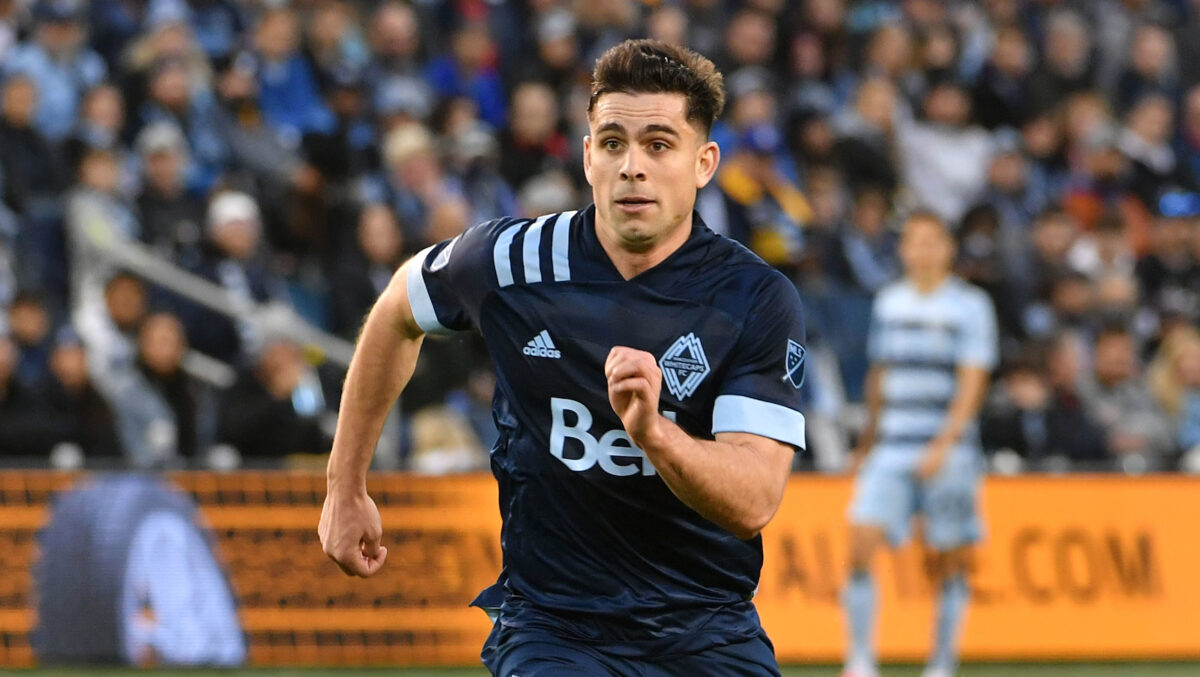 The Vancouver Whitecaps are looking forward to their first full season under Vanni Sartini, who turned the 2021 season around with a 7-2-5 record that helped the Whitecaps make a run into the playoffs after a three-year drought. Now they look forward to a better outcome with a clear direction for the upcoming season.

Sartini is looking to build from his offensive approach for the team. The Whitecaps have the weapons and tactical chemistry for their 3-4-1-2 formation, but the Whitecaps defense was the weakest part of their game. The team’s defensive frailties was further exposed in their 3-1 loss to Sporting Kansas City in the first-round playoff match where they were completely unlocked.

Maxime Crepeau is now no longer there to plug defensive leaks since he was traded to LAFC for $1 million in GAM. It was the most expensive trade for a goalkeeper in MLS history. There was also the retirement of veteran Andy Rose, who started 53 of his 60 appearances, while Bruno Gaspar’s one-year loan spell from Sporting CP ended below expectations.

Now the changes has led to a lack of experience in their defensive end. However, Sartini has a positive view for building leadership this season,

“It’s a season where we lost Maxime, we lost Andy (Rose), those were two of the most experienced guys, and we have a very young team,” Sartini told The Province. “There’s a lot of guys that are 22, 23 years old, 21. But we say every time that the group is the leader.”

It doesn’t look as though the Whitecaps are interested in signing a veteran goalkeeper because of their confidence on homegrown Thomas Hasal. Although they did add some experience to the backline with the addition of Tristan Blackmon, who was acquired in a trade with Charlotte for $475k of GAM. He is a quality RCB that can also play as RB if Sartini ever needs to change formation, and so far the only noticeable reinforcement this year.

The rest of the team from midfield and upward is essentially set due to a couple of midseason moves that brought in Scottish DP Ryan Gauld and Ecuadorian midfielder Pedro Vite. Gauld helped elevate the performances of Brian White and the rest of the attack last year. Together Gauld and White came up with 16 goals and 11 assists.

A recent 4-year extension to White’s contract could further signify that Lucas Cavallini is perhaps expendable even though Axel Schuster has said the contrary about not selling the Canadian international.

Aside from the storyline up front, Sartini and the front office seem to be content with the current squad. Perhaps a few veteran reinforcements could be picked up later in the summer.

Tristan Blackmon is a player who was much needed for the defense. Not only can he play in the center or as a traditional fullback but could also be capable as a wingback. Blackmon’s movements forward for supporting attacks can fit right into Sartini’s system.

He needs to stay healthy as he has had an injury history the last two years that keeps him from playing consistently, but if he can stay on the field and find his best form, Blackmon could have a career year.

Pressure is On: Thomas Hasal

Lucas Cavallini would have been under this spotlight for a second straight year if it wasn’t for the sudden Crepeau trade. Thomas Hasal has big shoes to fill, replacing one of the league’s best goalkeepers and a key team leader. The young goalkeeper also has inherited a big responsibility behind a defense that is often injury prone and therefore has yet to solidify chemistry because of it.

At least he has experience in replacing Crepeau (when called upon) since 2020 with 17 appearances. Sartini has shown trust in Hasal by having him start in every preseason match thus far. While the front office did not try to get an experienced goalkeeper in the market, leading many to believe that the homegrown talent has a big upside that is about to be unleashed this year.

The feeling in Vancouver finally feels stable compared to the usual overturns for the club. Essentially all the changes in the middle of 2021 has given room to focus on established and tested players who are familiar with the system in the preseason.

Despite their early playoff exit, the fact of the matter is that the finish of last season has given hope for further improvement. It is easy to see that Gauld is the catalyst of the team, making everyone around him better.

Players such as Déiber Caicedo, Cristian Dájome and Brian White have benefited from the arrival of the Scotsman. The result is now a dynamic attack thanks to his playmaking ability and vision to link up plays.

Gauld now has a full preseason this time around, and it will be interesting to see if they try to have both White and Cavallini up top together. So far that experiment hasn’t been seen this preseason with Cavallini only playing one game before getting a knock that will hopefully not keep him out for long.

Last year Cavallini suffered a knee injury that made him absent during the coaching change in the middle of the season. It started a difficult period of playing catch up when the club was already in full swing with a new system. As reported by The Province, Cavallini looks to forget his tribulation from last year, “I just want to start brand new this year. So I’m not thinking about the past that much right now. I’ve just got to keep my consistency, be positive and be healthy — 100 per cent.”

Meanwhile, in what is an opposite storyline, Brian White is looking to elevate his game this year no matter who he pairs up with. He recently concluded the preseason with a hat-trick against the Galaxy. The sharpness is already there with his finishing and passing movements with the wingers that could lead to a lot more exciting moments for the Vancouver faithful.

Vancouver has perhaps made the fewest roster moves of all the teams, but there are still too many what-ifs on defense. Érik Godoy, Ranko Veselinovic and Florian Jungwirth are all solid defensive players that unfortunately were riddled with injuries last year. You can include Blackmon in that category as well.

Throughout the preseason, similar to late last year, the 3-man backline has often had Jake Nerwinski play as an LCB and Blackmon either play there or as an RCB. Both are fullbacks that are converted centrally for the 3-man formations that Vartini typically uses.

Although an acquisition for a durable defender could help reassure things or perhaps defenders like Veselinovic and Blackmon will stay healthy after all. The Whitecaps’ offensive aggressiveness needs a consistent defense that can accurately move the ball forward, or else face the same issues that they had last year.

The Whitecaps kick off their season against the Columbus Crew at Lower.com Field. Sartini is looking to have the team set with an emphasis of high pressure up the field from the get go. They can be viewed as a dark horse for a deeper run into the playoffs. It all depends on how the injury bug hits them, and if the offensive chemistry can remain at a high level for a full year.