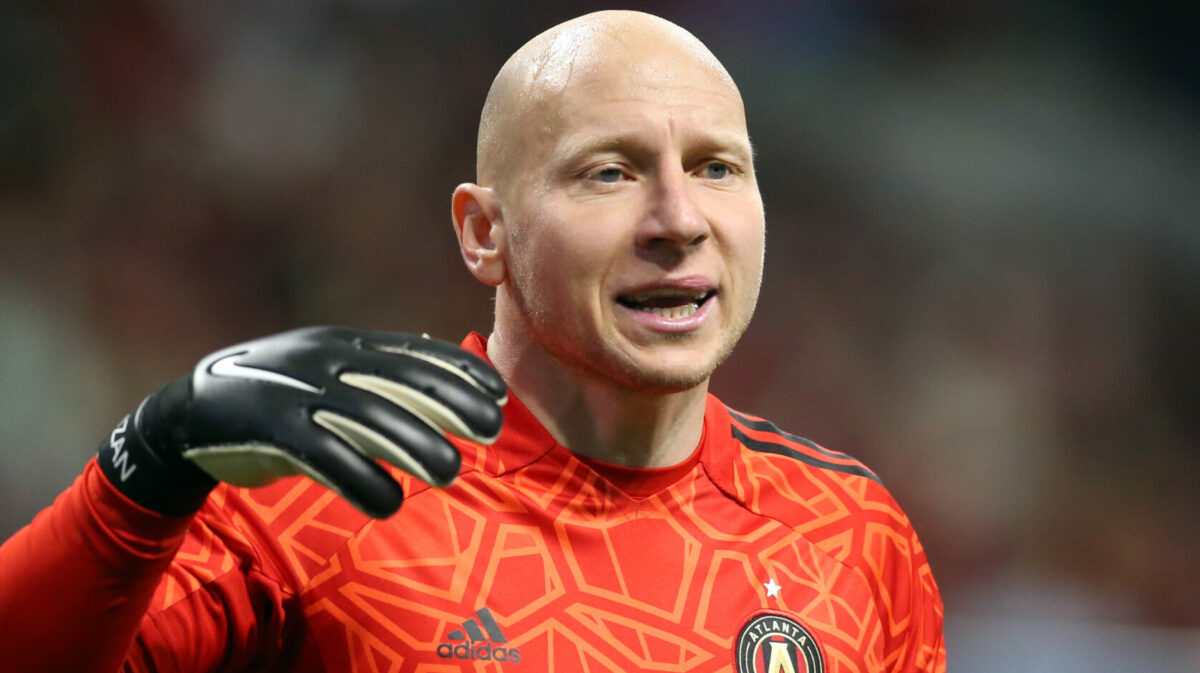 Atlanta United was already dealing with the losses of several key starters including Josef Martinez and Ozzie Alonso and now has to add starting goalkeeper Brad Guzan to the lengthy list of injured players.

Guzan was stretchered off in the 73rd minute of the Five Stripes scoreless draw with FC Cincinnati on Saturday with an apparent Achilles injury, head coach Gonzalo Pineda confirmed. The 37-year-old has manned the Five Stripes No. 1 goalkeeper spot since joining the Eastern Conference club in 2017, continuing to be a leader both on and off the field.

Fellow veteran Bobby Shuttlesworth replaced Guzan at Mercedes-Benz Stadium on Saturday night and could be jumping into the No. 1 role going forward.

“I don’t want to talk about the details about the injury, but it doesn’t look good,” Pineda said postmatch. “That’s why I’m sad, it’s not about the result or the performance, it’s about Brad’s injury. I have to wait for the scans and tests that they are going to do. No, it was not a knee injury, it was an Achilles injury.”

Guzan suffered the injury late in the second half after running back to his goalline with the Five Stripes holding possession in the FC Cincinnati side of the field. Shuttlesworth did not have to face a single shot in the remaining 20+ minutes of the match, as Atlanta United picked up one point against the 10-man visitors.

Guzan, a former goalkeeper with Chivas USA, Aston Villa, and Middlesbrough, delivered 98 saves and 10 clean sheets for the Five Stripes in 2021, continuing to be one of MLS’ top shot-stoppers. His absence will be the latest for the Five Stripes to overcome in recent weeks with Guzan joining Martinez, Alonso, Dylan Castanheira, and Matheus Rossetto on the sidelines.

The 34-year-old Shuttlesworth has logged over 360 career MLS appearances and over 20,000 minutes in the league, but will have big shoes to fill if Guzan is unable to return to the Five Stripes squad this season.

“Brad is our captain, our leader, our heartbeat,” defender Andrew Gutman said. “It didn’t look good on the field obviously. We don’t know what the scans will be, but it’s a huge loss for us.

Atlanta United sits fourth in the Eastern Conference standings and next faces Chattanooga FC in the U.S. Open Cup on Wednesday.