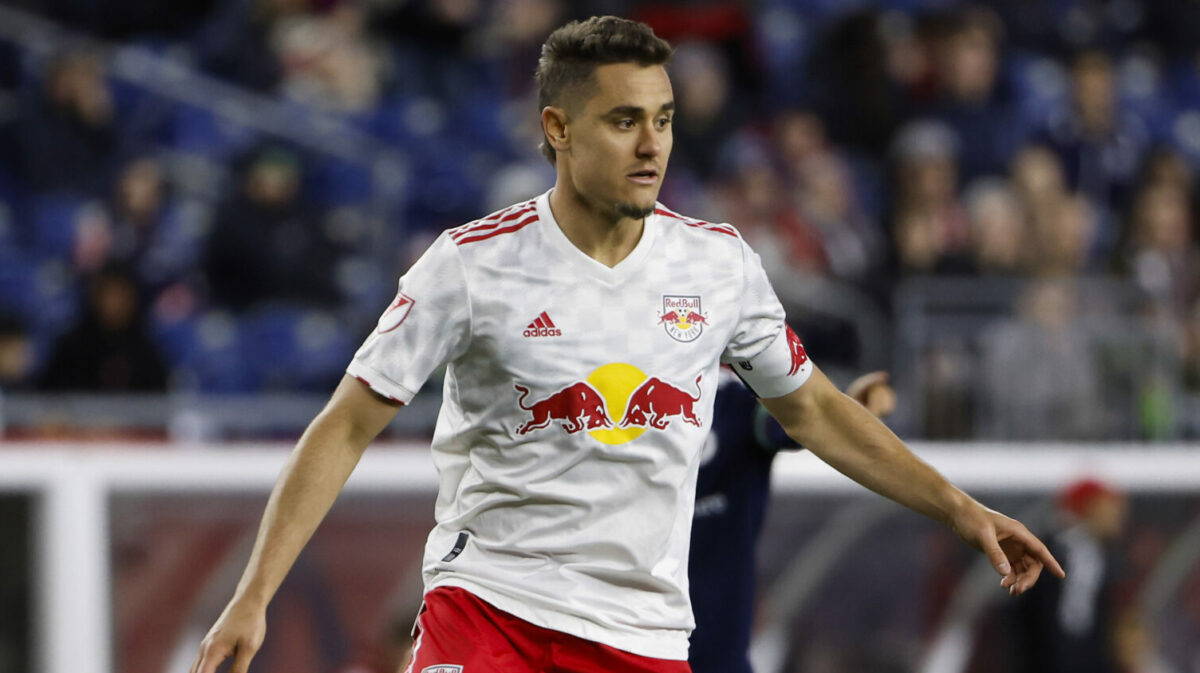 Long has been ruled out “day-to-day” by New York Red Bulls head coach Gerhard Struber following his calf injury in Tuesday’s 3-0 road win over D.C. United. The 29-year-old was substituted off in the opening 15 minutes at Audi Field, watching from the sidelines as the Red Bulls booked their spot in the Round of 16.

Tuesday’s injury came one year after Long suffered a ruptured Achilles in May 2021, which sidelined him for eight months. However, Struber seems confident that Long will make a speedy recovery.

“The scan yesterday was clean, it was very great feedback,” Struber said Thursday in a conference call with reporters. “He is on the field today with the team, we will see how he is feeling and then go day-by-day. I don’t know about his status for Saturday, but we are very happy with how the scan went and after talking with him he doesn’t feel that bad.”

Long has been one of the top centerbacks in MLS when healthy, totaling 129 league appearances for the Red Bulls since 2017. He’s contributed 10 goals and four assists over that time.

Long has earned 23 caps for the USMNT to date, scoring three goals and being named to the Concacaf Gold Cup Best XI in 2019. With Miles Robinson sidelined due to a ruptured Achilles, Long could be considered as an option in Gregg Berhalter’s backline with four matches coming this June.

The USMNT faces Morocco and Uruguay in a pair of home friendlies before taking on Grenada (home) and El Salvador (away) in Concacaf Nations League group stage action.