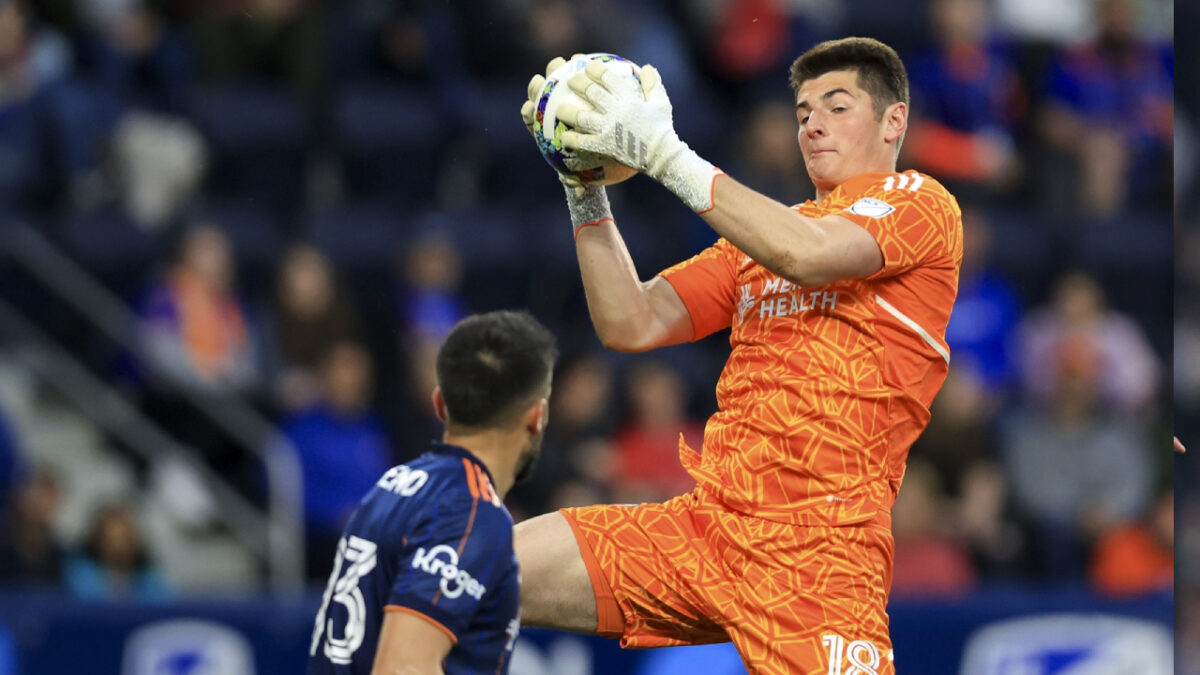 Last-place finishes have been the standard for FC Cincinnati since its arrival in Major League Soccer, but there are some encouraging signs to suggest the team’s days of sitting in the basement could be ending.

In the lone MLS weekday matchup on Wednesday, FCC beat Toronto FC 2-0 to take an early-season sweep and collect its fourth win of the campaign. The win puts the fourth-year MLS side on track to achieve a best-ever record to date, with the highest-ever win total resting at six in 2019.

One thing FC Cincinnati has improved upon under first-year head coach Pat Noonan is closing out games. On Wednesday, Cincinnati struck first with a goal from Calvin Harris in the second minute of the match. Five minutes later, Toronto midfielder Ralph Priso-Mbongue’s red card provided a man advantage. In years past, Cincinnati was not trustworthy with such an advantageous position and Noonan did not exactly love what he saw from his side once the early lead was earned.

“Everything we’re experiencing is a first,” Noonan said. “And so a goal lead five minutes into the game, you’re playing up a man as well… now we get to experience, 40 minutes of what that looks like until we can address it at halftime,

“We’re still learning things as a group but I thought the second half was a better version of a team with a lead and an advantage,”

The opening goal was the first of Harris’ professional career. The 21-year-old Wake Forest product was FC Cincy’s first pick in the 2021 MLS Draft and has been on a rollercoaster in the pecking order in his time with FCC to date.

Harris was joined by two other recent draft picks Roman Celentano and Ian Murphy (both drafted in 2022) in the starting XI on Wednesday night. Celentano and Murphy have started three consecutive games in place of Alec Kann and Geoff Cameron respectively and are making serious cases to garner more minutes.

Celentano has impressed in recent weeks. Wednesday’s win marked his second clean sheet in four games. Since the 21-year-old has taken the reigns, Cincinnati’s only loss was to Los Angeles FC, which should not carry much shame.

“We really like where we’re at with our goalkeepers right now, but it’s also something that can be said for a lot of players that are stepping up and helping us to be more competitive in training and certainly for game minutes,” said Noonan.

Murphy, a centerback from Duke University, scored last week and has not looked like a rookie when called upon in recent weeks.

“It shows that the draft is still a valuable piece, to be able to build a strong roster and build depth, and right now we’re relying on some of those players,” Noonan said.

Wednesday’s win has added to a growing belief that this year will mark a real turnaround for the perennial cellar dwellers, but Noonan is careful to point out that it is still far too early to over-react. He knows it is a long season, and as encouraging as the early going has been by normal FC Cincinnati standards, there is plenty of work still to be done.

“We’re sitting here at (4-5-1) with (10) games played, so we’re about .500. That’s okay,” said Noonan. “The goal wasn’t to win four games. The goal wasn’t to win five games. It’s to continue to grow and progress as a group and as the season progresses, we’re positioning ourselves to do something meaningful in the summer and as the season closes out, and right now we’re in a good position after 10 games, but not a great position”